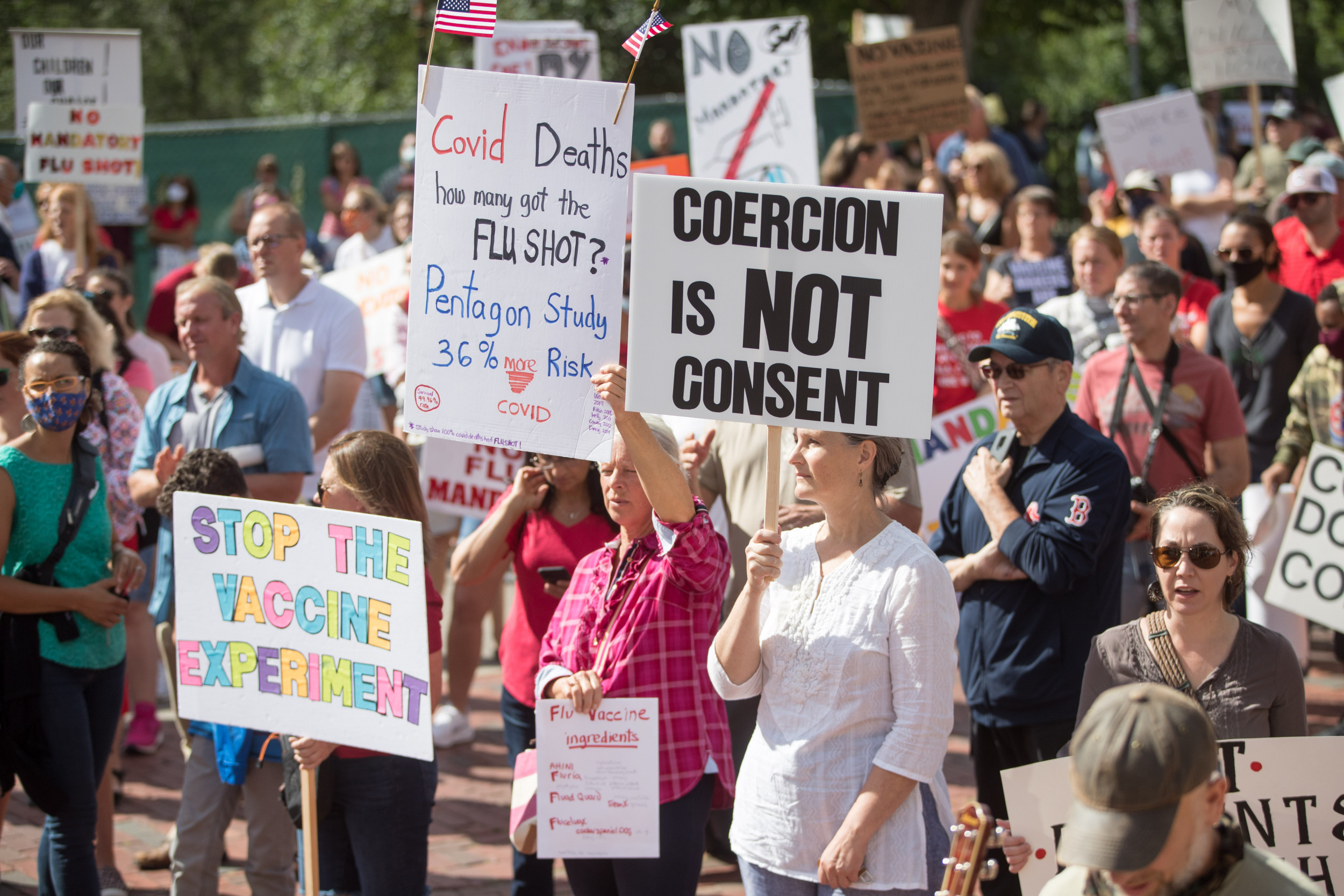 Seven doctors who attended an anti-vaccination summit in Florida have contracted COVID-19 despite the summit touting of Ivermectin and other alternative “treatments” for preventing transmission.

The doctors all attended the Florida COVID Summit in Ocala, Florida on November 6. The event sought to discuss “natural immunity, the COVID recovered and vaccine mandates, COVID vaccinations and children, successful outpatient regiments for the treatment of COVID and obtaining religious and medical exemptions from [vaccine] mandates,” according to an event description reported by WFOR-TV.

At the conference, 71-year-old cardiologist and anti-vaccine advocate Dr. Bruce Boros announced, “I have been on Ivermectin for 16 months, my wife and I. I have never felt healthier in my life.”

Six others also tested positive or developed symptoms “within days” of the conference, Littell added. Littell said that he believed those infected didn’t contract the virus from the conference but from their home states before arriving.

In humans, Ivermectin is used to treat parasitic worms, head lice and skin conditions like rosacea. Right-wing politicians and media figures have promoted it as a COVID-19 treatment.

However, the U.S. Food and Drug Administration (FDA) and The Centers for Disease Control and Prevention (CDC) have warned people not to use Ivermectin as a COVID-19 treatment. Clinical data hasn’t shown the drug to have any effect on preventing COVID-19 or reducing symptoms in COVID-19 patients.

Merck, a pharmaceutical company that manufactures the drug, has said there’s “no meaningful evidence for clinical activity or efficacy in patients with COVID-19.”

Nevertheless, Littell has remained a major proponent of the drug. He reportedly writes prescriptions for the drug for people in other states who can’t get local medical professionals to do so, Yahoo News reported. He has also written numerous medical exemptions for vaccine mandates.

The summit’s other speakers included Dr. Pierre Kory of Wisconsin. Kory has said that a “pharmageddon” over Ivermectin has occurred, with the pharmaceutical and medical industries initiating a “PR campaign designed to destroy” the drug’s reputation.

In December 2020, Kory told the U.S. Senate that Ivermectin is “effectively a ‘miracle drug'” that could stop diseases and their transmission. Fact-checkers at the Associated Press labelled his claims as “false.”

Another of the summit’s speakers was Dr. Peter McCullough, a doctor who has reportedly said that the COVID-19 vaccine has killed 50,000 Americans. McCullough has also suggested that people under the age of 50 don’t need to be vaccinated against coronavirus, Yahoo News reported.

The fact-checking website PolitiFact has rated similar claims about the vaccines’ allegedly deadliness as “false.”

The National Institutes of Health has said that most studies claiming to show Ivermectin’s benefits contain “incomplete information and significant methodological limitations, which make it difficult to exclude common causes of bias.”