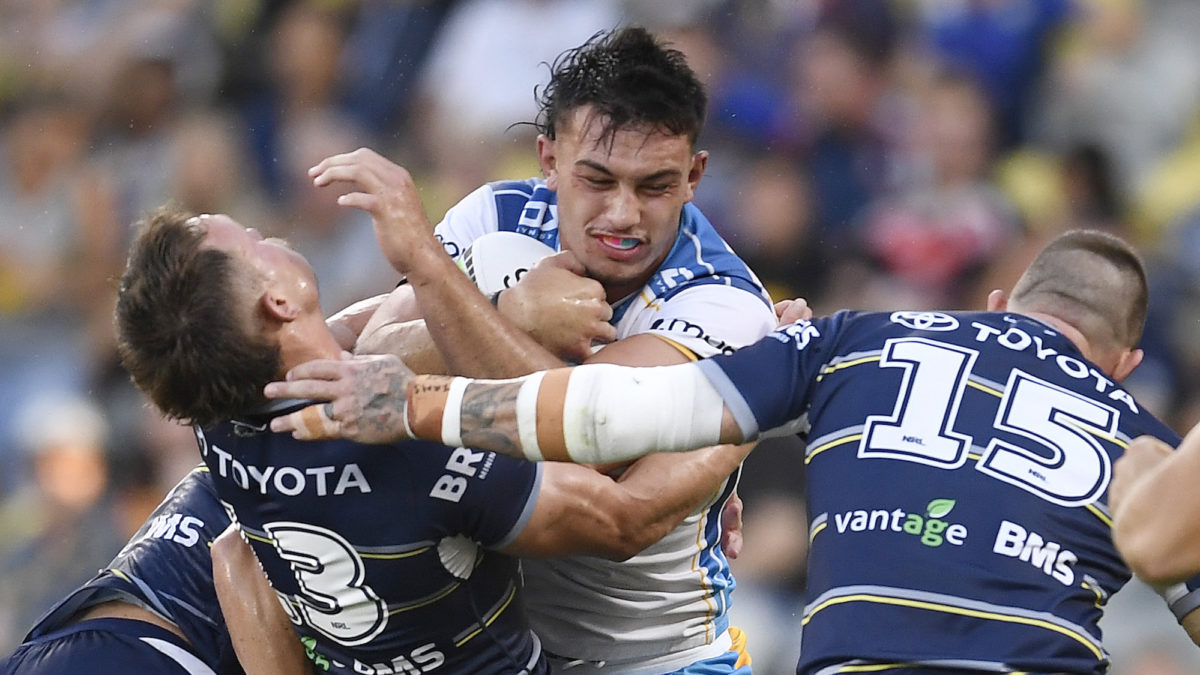 State of Origin forward Tino Fa’asuamaleaui has signed a long-term NRL contract extension with Gold Coast that will keep him at the Titans until the end of 2026.

In a coup for the Titans amid strong interest from incoming Queensland franchise the Dolphins for 2023, Fa’asuamaleaui has agreed to a reported $3.3 million contract upgrade.

Fa’asuamaleaui switched from Melbourne to Gold Coast in 2021 and confirmed his standing as one of the best young forwards in the NRL.

He won the club’s Paul Broughton Medal and is rated a future Titans captain.

The 21-year-old played 27 games across two seasons for Melbourne and made his State of Origin debut for Queensland in 2020 before moving north.

Titans coach Justin Holbrook says Fa’asuamaleaui’s decision to stay at the Titans is a huge vote of confidence in the club’s future.

“Tino is not just a great player, he is a great person,” Holbrook said.

“He’s only entering his second pre-season here at the Titans, but he has already made a huge impact on the players, staff and everyone involved in our club.

“Tino is our hardest working player who sets very high standards for himself and is always doing extras after training to improve his game.

“He is completely invested in what we are developing here on the Coast with his long term extension proving this and alongside a group of mates that are all around the same age, we’ve got a wonderful core group of young players that can bring success to the Gold Coast in the years to come.”

Fa’asuamaleaui already had a contract option in his favour for 2023 – the Dolphins were hoping the explosive lock would decline to activate it so he could join the new franchise.

Had he chosen to cut short his Titans stint, the Storm premiership winner would have been reunited with inaugural Dolphins coach Wayne Bennett, who handed him his Origin debut in the 2020 series win.

With Fa’asuamaleaui the latest big-name player to decide against signing with the Dolphins, the NRL’s soon-to-be 17th team is yet to recruit a marquee man.

They missed out on Melbourne five-eighth Cameron Munster but remain in the hunt for his Storm teammate Brandon Smith, who recently toured their Redcliffe facilities.

On the back of acquiring Fa’asuamaleaui and David Fifita, the Gold Coast scraped into eighth place this season to make the finals for the first time since 2016.