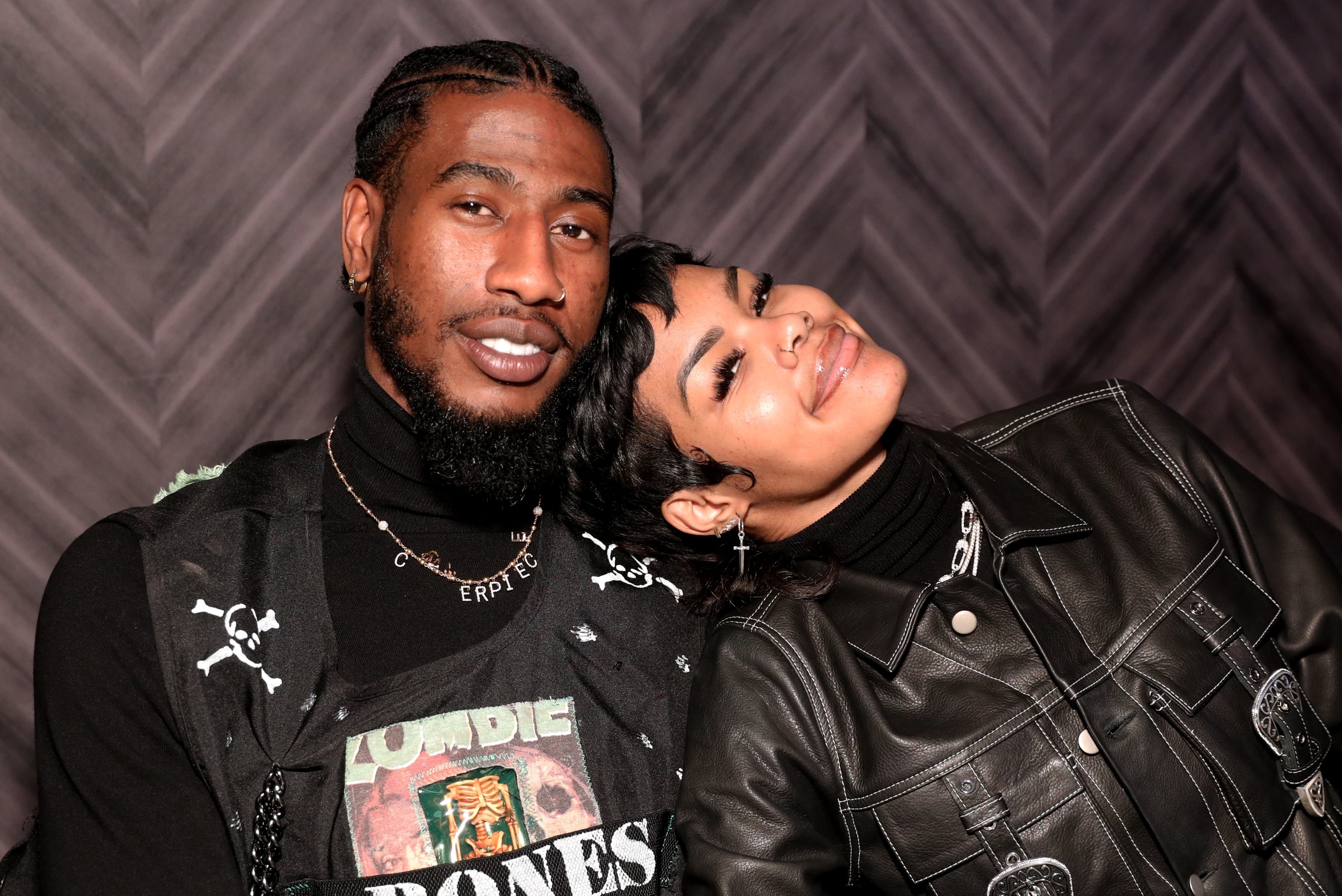 Teyana Taylor has expressed her pride in her husband Iman Shumpert’s momentous Dancing With the Stars victory on Monday night’s finale.

Shumpert competed against JoJo Siwa, Amanda Kloots, and Cody Rigsby in the closing round of the TV competition, which saw him become the first ever NBA star to make it to the final and win the show as he lifted the coveted Mirrorball Trophy.

Taking to the dancefloor with his professional partner, Daniella Karagach, the sportsman wowed judges with his cha cha and foxtrot fusion dance and high-octane freestyle—both of which they earned a perfect 40 out of 40 for.

And after Shumpert’s slick moves saw him win the public vote and subsequently be crowned the victor, Taylor took to her Instagram account to shower him with praise.

Sharing photos and clips from Shumpert’s time on the show—including the moment host Tyra Banks named him as the winner—Taylor wrote: “THE LEVEL OF PROUD I AM IS TEWWWWWW MUCH TO EVEN PUT IN WORDS!!!

“WOW congrats @imanshumpert @daniellakaragach i am proud but NOT shocked!!!! YALL GOT THAT! AS YOU SHOULD! WELL DESERVED!! Thank you for trusting one another, believing in one another, killing that s*** every week & most importantly foot working that mutha f****** mirror ball home!!!!!! PERIOD!

“Congrats guys!!! [heart, fire emojis] thank you @dancingabc & all the fans and friends that VOTEDDDDDDDDD every single week!!! You are appreciated [folded hands emojis].”

Amid the sea of congratulatory messages, Shumpert responded to singer and actress Taylor’s post as he commented: “I love u…so much…I see you soon! [heart eyes emoji]”

A congratulatory message was also shared on the official Dancing With the Stars Twitter account, showing a picture of the winners with their Mirrorball, alongside a message that read: “Congratulations to these Mirrorball CHAMPS, @imanshumpert and @DKaragach!! #DWTS #Finale.”

In an interview with People soon after he was crowned the champion of the ABC show’s 30th season, Shumpert dedicated his win to his mother, L’Tanya Shumpert.

“My mother has been coming to support every week, her and my father,” he told said. “They weren’t able to be here tonight due to being exposed to the COVID virus. When they said our name, I couldn’t think about nothing but what they were doing right now, how they were feeling about it [and] being able to watch it.”

“I just can’t wait for my mom to actually get our hands on this trophy because this is a show that means a lot to her,” he went on. “It really makes her smile to see people be more than an athlete, more than an entertainer.

“More than whatever their respective field is. She loves when people grow and people have progress… So this Mirrorball is definitely for her.”

Shumpert, 31, and Taylor, 30, have been married since October 2016 and share two daughters.