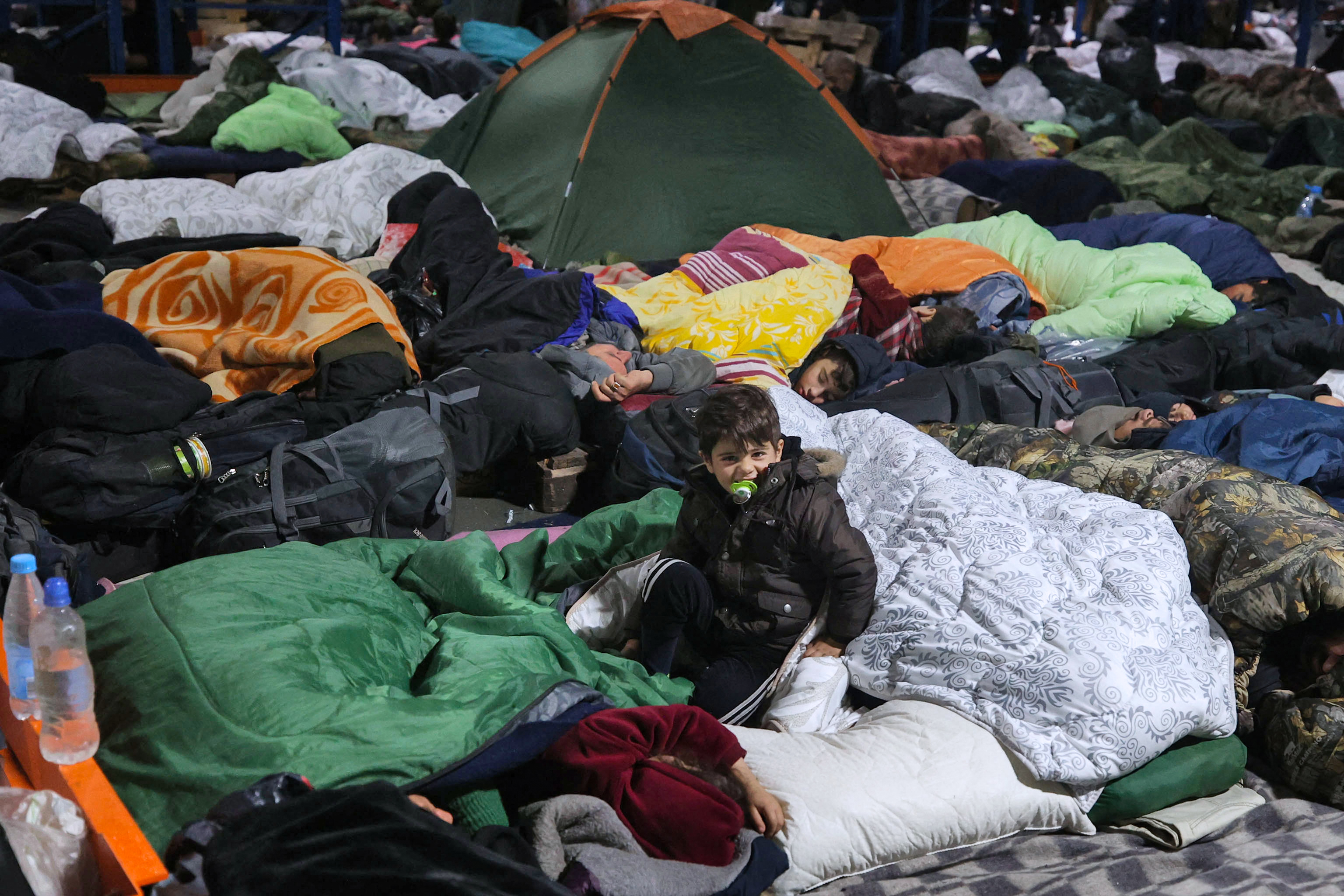 Although Belarusian authorities said they sent more than 100 migrants back to their home countries Monday and are planning to send another group out Tuesday, Polish officials warned that the country’s actions don’t signal an end to the lasting migrant crisis, the Associated Press reported.

Belarus’ announcement comes after nearly two weeks of building pressure at the country’s shared border with Poland, where a large group of hundreds of people, mostly from the Middle East, have been stranded since Nov. 8. Most of the migrants, looking to escape from conflict or unrest in their home countries, are looking to cross into Germany or other Western European nations via Belarus and Poland, the AP reported.

Some Western countries have alleged that Belarus’ authoritarian President Alexander Lukashenko purposefully funneled the migrants to its border with Poland to destabilize the European Union as retaliation for imposing sanctions on his government. Fellow EU members Lithuania and Latvia have also seen migrants attempt to enter those countries through their shared borders with Belarus.

Belarus has denied that it played any role in organizing the migrant crisis.

Although the country is making efforts to get migrants on flights back to their home countries, it is believed many remain in Belarus. Stanislaw Zaryn, the spokesman for Poland’s security services, estimated that about 10,000 migrants are still in Belarus now, according to the AP.

He warned that people shouldn’t see the country’s new efforts to send some migrants home as an easing of the issue or a reversal in the goals of Lukashenko’s government.

“These signals do not prove a change or a backing away from the strategic plans of the Lukashenko regime,” Zaryn said. “At first sight, these decisions and these flights may look like a de-escalation of this crisis, but we believe without doubt that such conclusions would be premature.”

Belarus’ Interior Ministry officials said Tuesday that 118 migrants flew out of the capital, Minsk, on Monday to their home countries after the ex-Soviet country’s authorities “assisted them with paperwork and passing through the state border.”

The authorities carry out this work “daily,” and on Tuesday another group of migrants is expected to leave Belarus, said Alexei Begun, head of the department for citizenship and migration at the ministry. Begun didn’t mention the nationality of the migrants or countries they departed for.

About 2,000 people are currently staying at a warehouse facility near the border with Poland. Lukashenko has said a total of 7,000 migrants remain in the country.

Officials of the International Organization for Migration and the U.N. High Commissioner for Refugees’ office arrived in Belarus on Tuesday to discuss aid delivery and paperwork needed to repatriate the migrants.