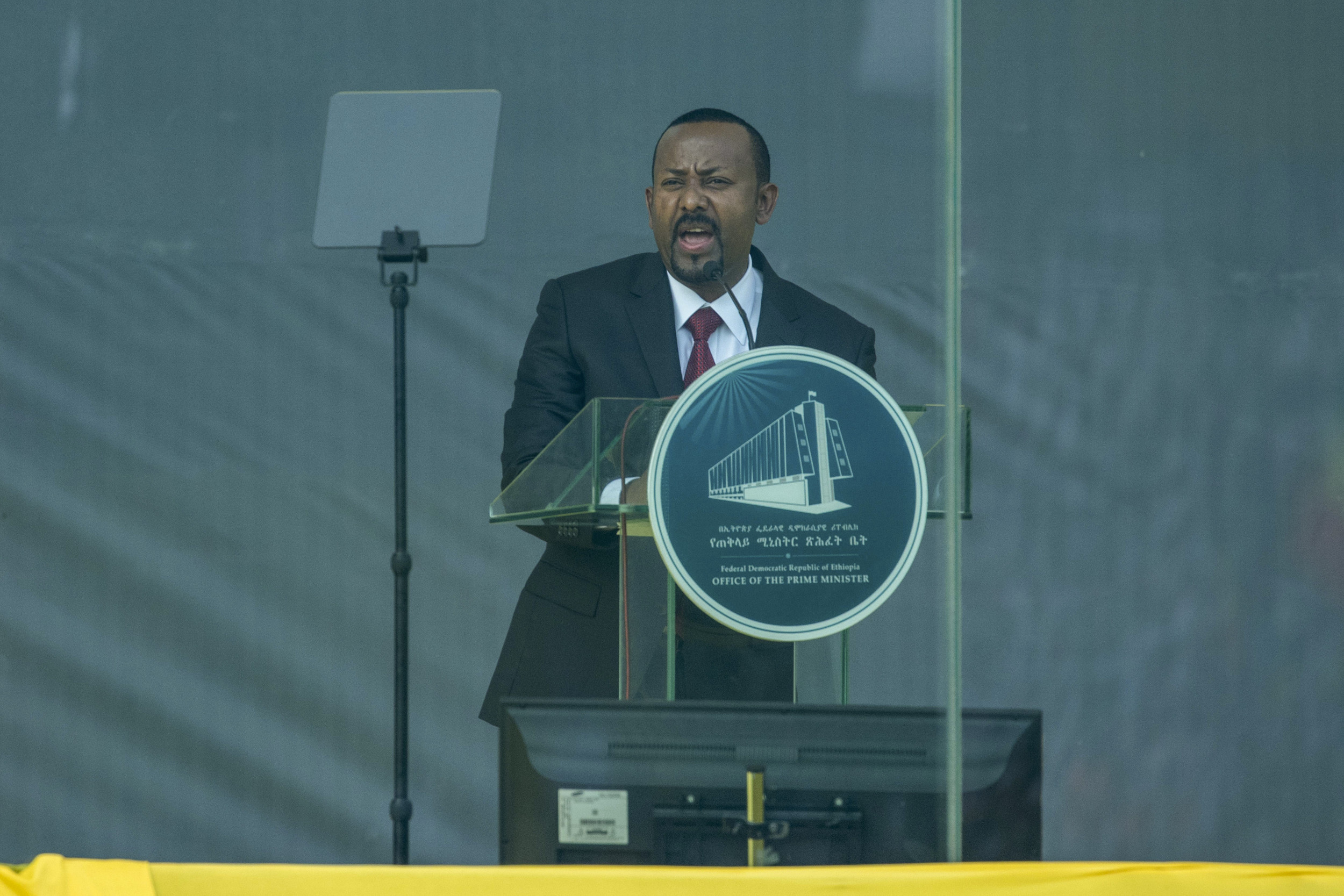 Ethiopian Prime Minister Abiy Ahmed said he will lead his country “from the battlefront” beginning Tuesday, a new step in the yearlong war against rival Tigray forces.

“This is a time when leading a country with martyrdom is needed,” Abiy, winner of the 2019 Nobel Peace Prize, said in a statement posted on social media Monday night.

The Associated Press reported that an estimated tens of thousands of people have been killed in the war between Ethiopian and allied forces and forces from the northern Tigray region. This region dominated the national government before Abiy took office.

The Tigray region, with a population of around 6 million, has been under a months-long blockade by the Ethiopian government. The Tigray People’s Liberation Front wants the blockade lifted and Abiy out of power.

Abiy’s government has referred to the Tigray conflict as an “existential war.” According to the AP, Ethiopia’s military has been weakened in recent months and retreated from Tigray in June. The government has called on able citizens to join the fight. Ethnic-based regional forces have also helped.

With Tigray forces moving toward Addis Ababa, the Ethiopian government declared a state of emergency this month.

“Let’s meet at the battlefront,” Abiy said in the statement.

In response, Getachew Reda, a spokesman for the Tigray forces, tweeted “our forces won’t relent on their inexorable advance towards bringing (Abiy’s) chokehold on our people to an end.”

The statement by the prime minister, a former soldier, did not say where exactly he will go Tuesday. His spokeswoman, Billene Seyoum, did not respond to a request for comment.

The prime minister’s statement also claimed that the West is trying to defeat Ethiopia, the latest pushback against what his government has described as meddling by the international community. Envoys from the African Union and the U.S. have continued diplomatic efforts in pursuit of a ceasefire to the fighting and talks without preconditions on a political solution.

The prime minister chaired an executive meeting Monday of the ruling Prosperity Party, and Defense Minister Abraham Belay told state media that “all security forces will start taking special measures and tactics as of tomorrow.” He declined to elaborate.

Abiy’s announcement brought shock from the man who nominated him for the Nobel, Awol Allo, a senior lecturer in law at Keele University in Britain. “The announcement is replete with languages of martyrdom and sacrifice,” he said in a tweet. “This is so extraordinary and unprecedented, shows how desperate the situation is.”

The prime minister in his 2019 Nobel acceptance speech spoke passionately about war: “I crawled my way to peace through the dusty trenches of war years ago. … I witnessed firsthand the ugliness of war in frontline battles. … War is the epitome of hell for all involved. I know because I have been there and back.”

Abiy was awarded the Nobel for making peace with neighboring Eritrea, on whose border he fought while stationed in the Tigray region.

The terms of that peace deal have never been made public. Critics of the current conflict allege that the deal was instead an agreement for the two countries to wage war on the Tigray leaders, who were unpopular among many Ethiopians for their repressive 27-year rule despite significant development gains.

Eritrean soldiers have been blamed for some of the worst atrocities in the war, even as Abiy denied for months that they were inside Tigray.