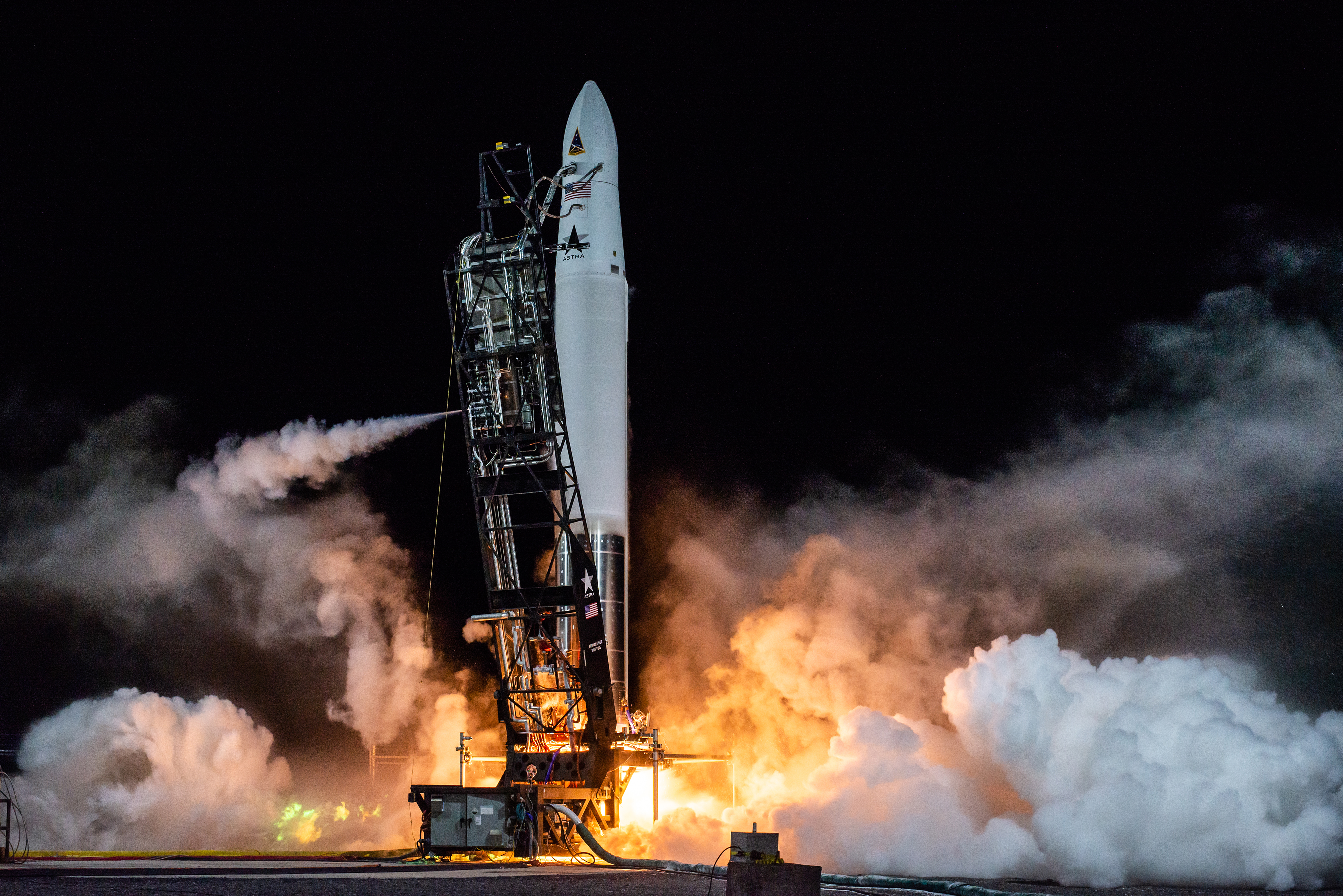 Astra Space, the California-based launch company that went public this year with an assist from Seattle-area telecom pioneer Craig McCaw, had a high-flying day on Wall Street today after recording its first successful orbital launch from Alaska.

The company’s share price rose by as much as 42% on the Nasdaq stock exchange before settling at $11.17 for a 17% gain at the end of the trading day.

Because this mission was meant purely as a test, the payload didn’t separate from the rocket’s upper stage. Instead, it monitored conditions on the vehicle in flight for the Space Force under a contract from the Pentagon’s Defense Innovation Unit. Going forward, the Space Force is likely to be one of Astra’s prime customers.

“Reaching orbit is a historic milestone for Astra,” Chris Kemp, the company’s co-founder, chairman and CEO, said today in a news release. “We can now focus on delivering for our customers and scaling up rocket production.”

Astra is aiming to carve out a niche in the small-satellite launch market marked by rapid iteration, mass-produced rockets and transportable launch facilities. The next Astra launch could come as early as next month.

The company was founded in 2016, and brought in hundreds of millions of dollars in cash this year by virtue of a merger with Holicity, a special-purpose acquisition company created by McCaw. Microsoft co-founder Bill Gates provided financial backing for Holicity through a sponsoring fund called Pendrell Corp.

The deal opened the way for Astra to become a publicly traded company in July.

When the merger was announced in February, McCaw touted Astra’s focus on “small launch, simple launch, cheap launch that is available on literally a day’s notice.” He said the company would be well-positioned to take a role in creating the types of satellite telecom mega-constellations he envisioned back in the 1990s.

That vision is now closer to reality, thanks to projects including OneWeb, SpaceX’s Starlink and Amazon’s Project Kuiper. Last month, Astra filed paperwork with the Federal Communications Commission for launching as many as 13,000 satellites.