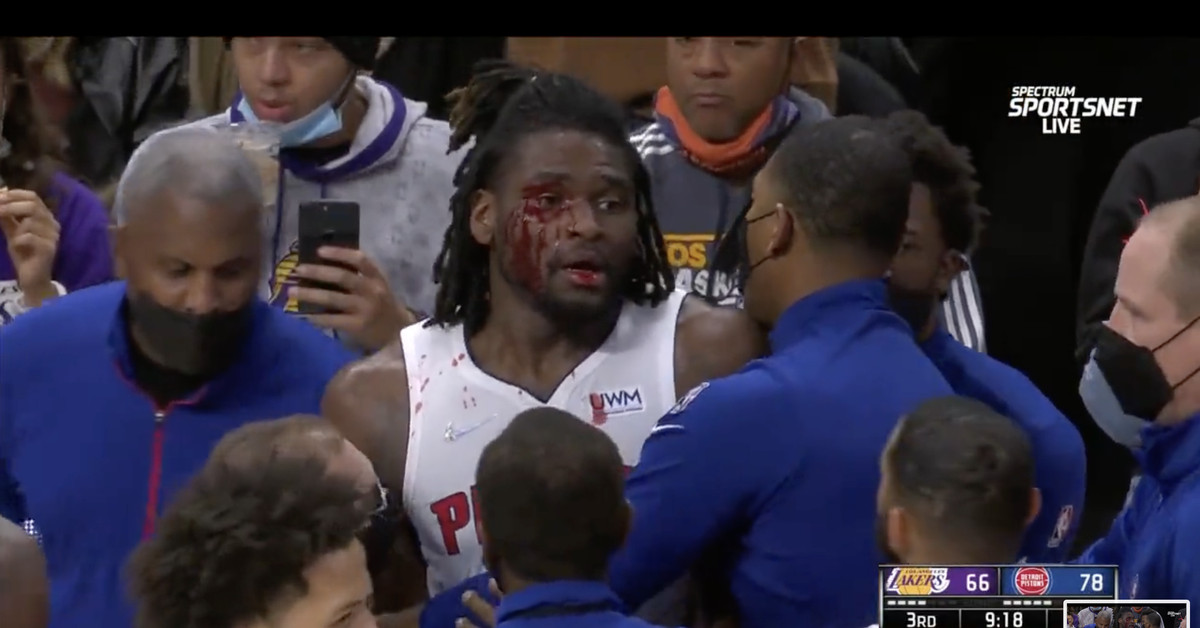 LeBron James and Isaiah Stewart were both ejected from the Los Angeles Lakers vs. Detroit Pistons game on Sunday evening after James elbowed Stewart in the face and set off an intense scene in Detroit. Stewart ran after James multiple times and needed to held back by teammates and Pistons personnel as blood ran down his face following the shot from James.

James was assessed a flagrant-2 foul hitting Stewart after a free throw attempt. The Pistons were leading the Lakers by 12 points at the time of the incident, but LA rallied for a 121-116 victory without James.

Rarely does it seem like NBA players actually want to fight when a scuffle breaks out during a game. There’s no doubt Stewart was ready to throw down. You can watch the full scene here:

Stewart made multiple efforts to charge at James. Thankfully, he couldn’t get to him.

Here’s another angle of Stewart making a run for James:

The Lakers out-scored the Pistons by 20 points in the fourth quarter to steal the win.

Stewart had blood running down his face throughout the incident with James.

Anthony Davis said after the game that everyone knows LeBron isn’t a dirty player:

Lakers’ Anthony Davis: “Everyone in the league knows that [LeBron James] isn’t a dirty guy. As soon as he did it, he looked back and told him, ‘My bad. I didn’t try to do it.’ I don’t know what [Isaiah Stewart] was trying to do. Nobody on our team, 1-15, was having it.”

We’ll update this post if there’s any discipline from the league after the incident.