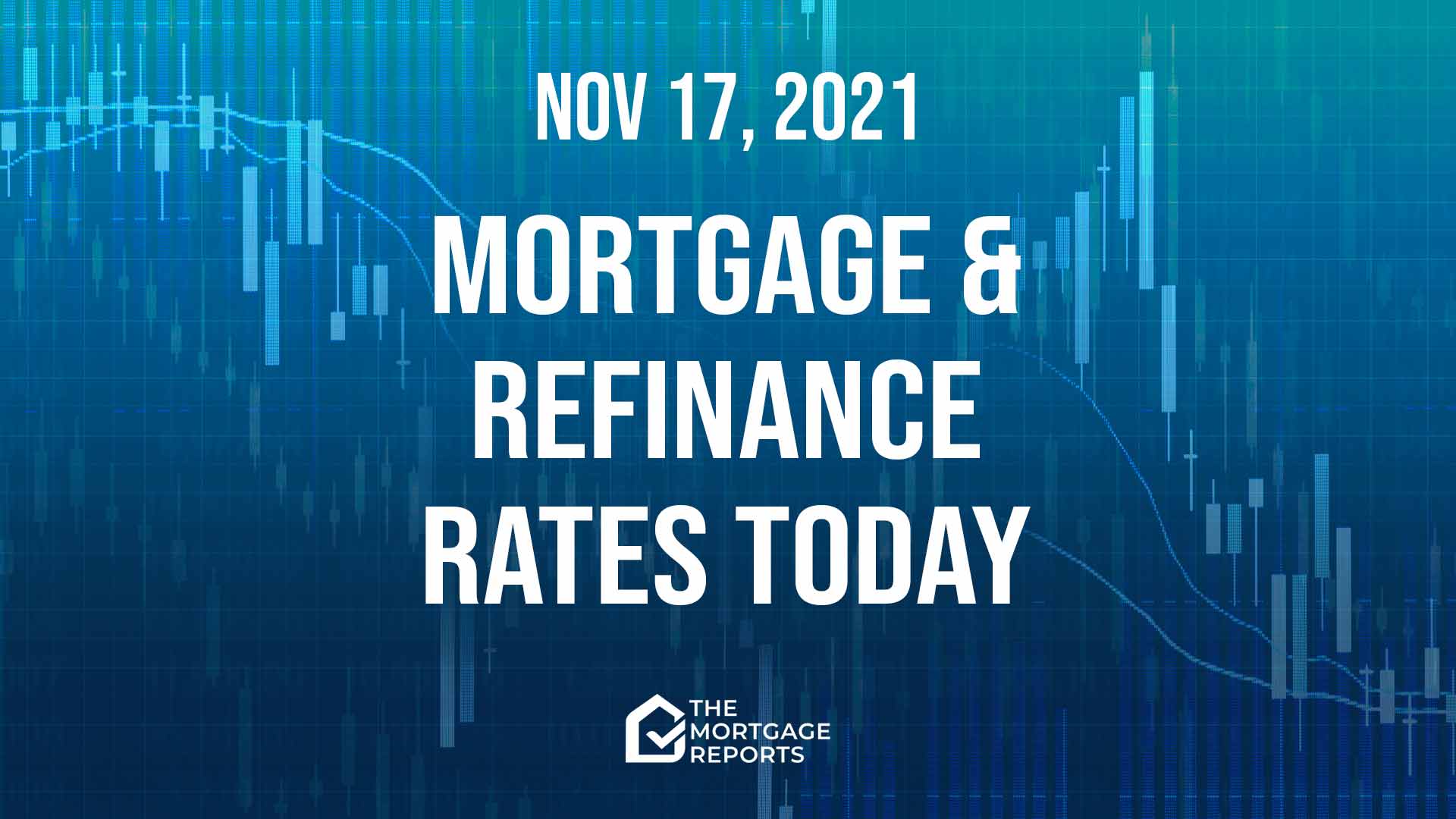 Average mortgage rates rose modestly yesterday. And that took them up to a level that’s as high as any over the last month. In other words, all the benefits of recent falls have been wiped out. These rates do, of course, remain incredibly low by historical standards.

This morning, markets were signaling that mortgage rates today might hold steady or inch lower. But we know how unreliable those early signals have become.

I’d lock my mortgage rate very soon. True, they might well fall a little over the coming days. But, in my view, that’s likely to be a shallow and brief drop. And I expect them to continue their upward march.

>Related: 7 Tips to get the best refinance rate

Here’s a snapshot of the state of play this morning at about 9:50 a.m. (ET). The data, compared with roughly the same time last yesterday, were:

Before the pandemic and the Federal Reserve’s interventions in the mortgage market, you could look at the above figures and make a pretty good guess about what would happen to mortgage rates that day. But that’s no longer the case. We still make daily calls. And are usually right. But our record for accuracy won’t achieve their former high levels until things settle down.

So use markets only as a rough guide. Because they have to be exceptionally strong or weak to rely on them. But, with that caveat, mortgage rates today look likely to remain unchanged or inch lower But be aware that “intraday swings” (when rates change direction during the day) are a common feature right now.

With yesterday’s retail sales figures out the way, it’s unlikely the rest of this week’s economic reports will move markets or mortgage rates far. At least, they’d have to deliver exceptionally good or bad news to do so.

So this may be an opportunity for markets to take a breath and allow mortgage rates to slip back a little. However, I suspect that any such movement will prove modest and brief. And, of course, it may not happen at all.

Overall, I’m expecting mortgage rates to continue to rise for weeks and months to come.

Why do I think that? Read Monday’s edition of this daily report for my reasons. And catch up with last Saturday’s weekend edition for more information about how persistent and high inflation is affecting mortgage rates.

If you thought the debt ceiling issue evaporated last month, you’re in for a nasty surprise. Because October’s “resolution” merely kicked the can down the road.

And now it’s back, like the worst bad penny. Yesterday, Treasury Secretary Janet L. Yellen advised legislators on Capitol Hill that the US government might run out of money as soon as Dec. 15. At that point, it could not only be unable to pay its bills but it might also default on its debts.

And that could cause all interest rates, including mortgage rates, to shoot higher. Because huge numbers of international transactions are underpinned by the fact that the US Treasury never defaults on its debts. And it’s hard to overstate the possibly catastrophic consequences of an unraised debt ceiling.

We’re still a way off that particular disaster. But politicians need to get their skates on to avoid serious damage just from the possibility of defaults happening.

The most recent weekly record low occurred on Jan. 7, when it stood at 2.65% for 30-year fixed-rate mortgages.

Since then, the picture has been mixed with extended periods of rises and falls. Unfortunately, since September, the rises have grown more pronounced, though not consistently so.

Freddie’s Nov. 10 report puts that weekly average for 30-year, fixed-rate mortgages at 2.98% (with 0.7 fees and points), down from the previous week’s 3.09%. But that didn’t take into account that Wednesday’s sharp rise.

The numbers in the table below are for 30-year, fixed-rate mortgages. Fannie’s and Freddie’s were published on Oct. 15 and the MBA’s on Oct. 18.