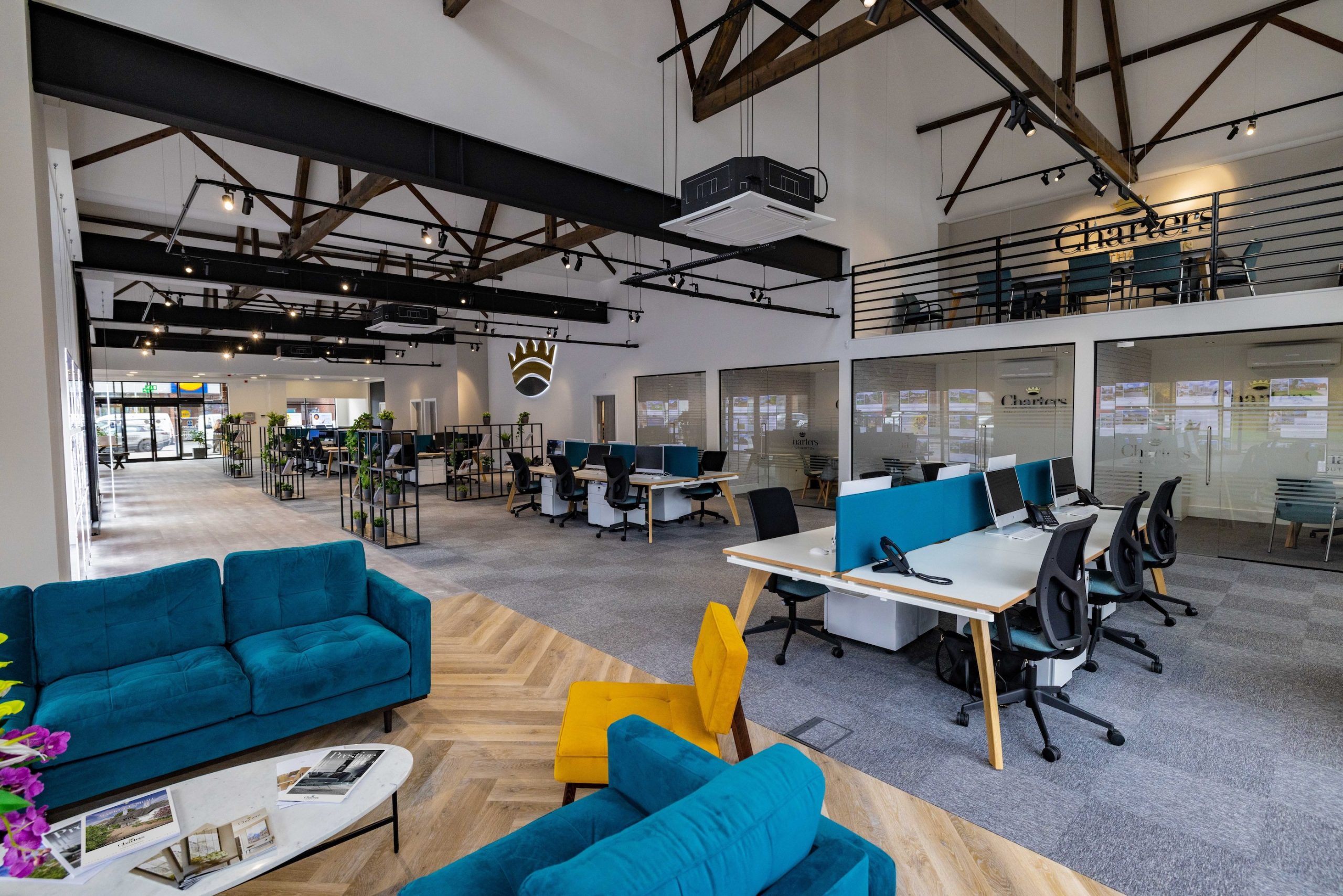 The move brings together the teams of property sales, valuation and lettings experts, and Charters Financial Services’ Mortgage Hub, under one roof. The new showroom of over 6,000 sq.ft. sits on a prestigious site at Stag Gates on The Avenue, which was formerly occupied by Hunters Land Rover.

“We are delighted to be bringing the Charters brand of property sales to such an outstanding location,” said Robert Mott, Chairman of the Charters Group.

“I’ve been in the property industry for over 30 years and I’ve never seen a property showroom as large, prominent and well designed as this.

“It reflects our approach, which is distinctly different – it’s about offering traditional estate agency values, world-class IT and a face-to-face personal service within an inviting, accessible space.”