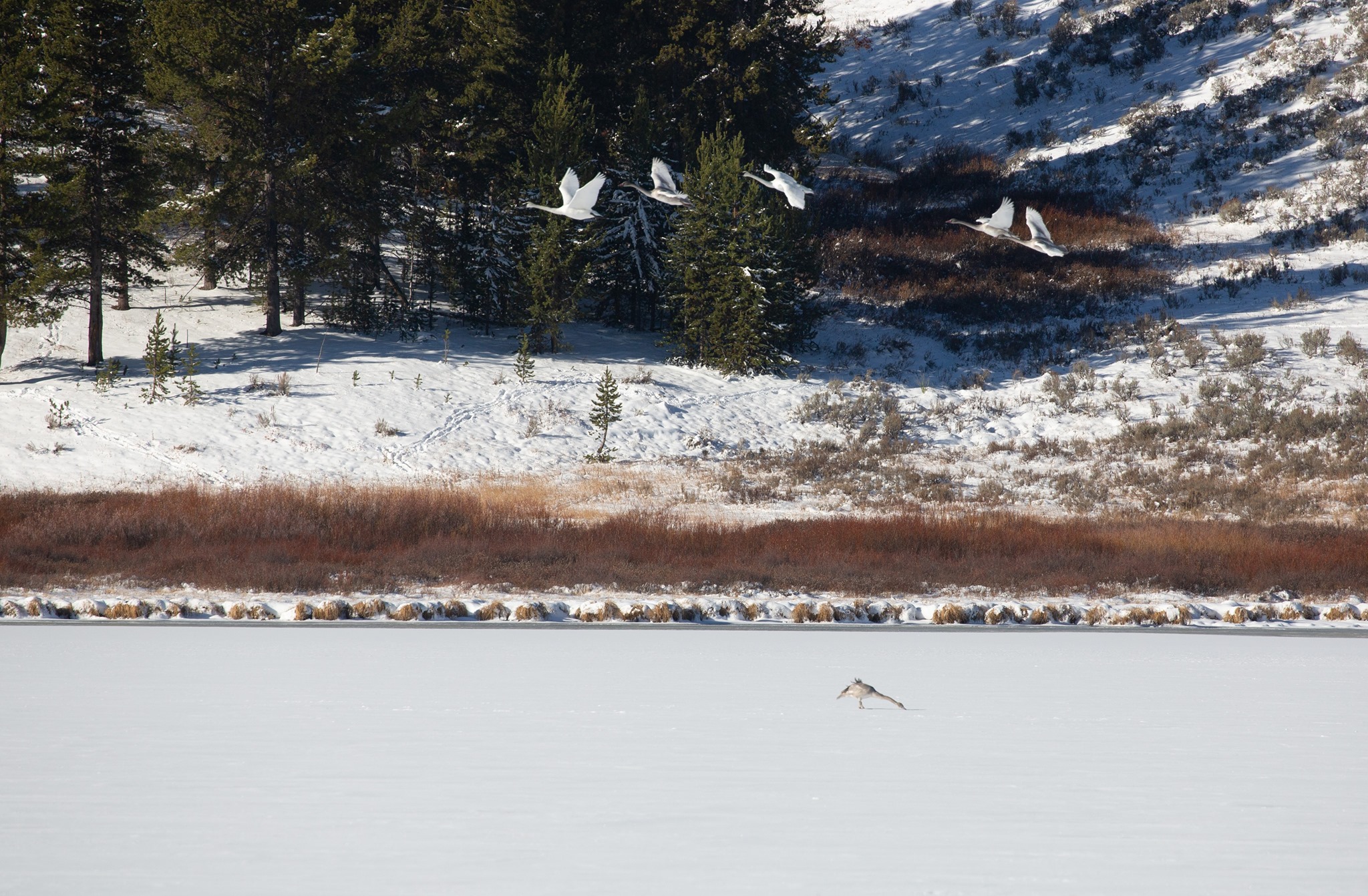 Baby swans have fledged from Swan Lake in Yellowstone National Park for the first time in 55 years. The four cygnets were pictured on the lake in the northern part of the national park, with three of the four young swans flying with their parents.

Trumpeter swans are the biggest wild waterfowl species in North America. They were once found from Alaska to Missouri, but their populations plummeted in the early part of the 20th century as a result of habitat loss and hunting. A population of around 70 birds remained in Yellowstone.

Conservation work to preserve the species has been a huge success. In 2015, it was estimated there were 63,000 trumpeter swans in North America. However, in Yellowstone National Park, the population declined. In 2019, there were just 27 resident swans. Park biologists have been releasing young swans in the park over several years in the hope they will start breeding there.

Now, after over half a century, trumpeter swans have fledged from Swan Lake inside the park.

Officials said the swans hatched at the lake around four months ago. After just 36 hours, these birds begin to leave the nest, following their parents into the water to start feeding.

“At first, they can only dabble and graze, then as time passes, they learn to forage and care for themselves while staying close together as a family group,” the post said.

About three to four months after birth they started to fly, making short trips around the lake. Park officials said one of the four cygnets struggled to learn to fly and was at risk of dying.

“He/she could not sustain flight with the rest of the cygnets and was left behind when the lake started to freeze over,” they said on Facebook. “Sometimes when a cygnet is not able to fly before freeze-up in autumn, it will die. In this case, the weather warmed up and the lone cygnet was able to forage on his/her own in the lake.”

This cygnet, however, did not meet an unhappy end. “About a week and a half, the family returned and reunited with him/her,” the post said. “The fourth cygnet was finally able to fly and earlier this month they all left together to find open water.”