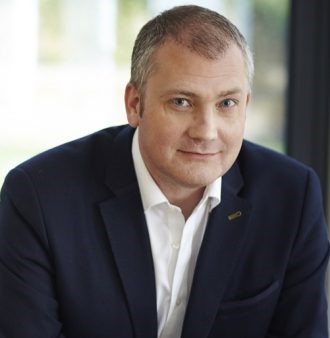 For about a decade the estate agency industry has railed against Rightmove and its approach to the sector given its massive increases in subscription fees each year and, many say, a somewhat distant and unsupportive attitude to its agency customers.

This is all well documented as are the occasional, seemingly futile, moves to rise up and challenge the Rightmove regime, led by a gaggle of disgruntled agencies that shout ‘boycott’ and then just run away again. Their protests are about as effective in persuading Rightmove to change as Insulate Britain are in gaining public sympathy.

More occasionally a rival to Rightmove’s dominance rocks up, with mixed effect. By mixed I mean they have either little impact or none at all.

Zoopla, always the bridesmaid and never the bride, has never managed to topple its bigger competitor but nonetheless has made its founders rich regardless. The silver medal here is deemed good enough.

Then along comes On The Market, the portal that should have triggered the property equivalent of an Arab Spring in light of the might of some of the UK’s biggest and best known estate agencies behind it. It should have been a slam-dunk as a Rightmove challenger in that he who owns the inventory wins – and its founding agents owned big inventory.

Yet defeat was clutched from the jaws of victory and the thing clumsily swerved into a ditch and almost overturned, such was the weight of misjudgement and ego upon it.

On The Market has since been given a bit of a kiss of life, rescued by Jason Tebb, an actual agent at the helm for once and with lots of agency experience – albeit none leading a plc.

Tebb knows that to win he doesn’t need to be number one or even number two. But he has to maintain the bronze medal position.

This is going to be increasingly difficult as newbie Boomin continues to ramp up innovation and marketing spend and both are things that Tebb will not be able to compete with on equal terms because he simply won’t have the cash. And they do.

But messaging is important too and this aspect is all new at OTM now and frankly needed to be, off the back of Springett and his board sticking two fingers up at their agent customers and listing on the stock market when they said that they would do no such thing.

Interestingly, many of this original ‘two finger’ fraternity are still in place behind the scenes at OTM Towers. That’s worth noting given the following…

OTM’s recent fawning as being the ‘agents’ portal’ is a nice line against a backdrop of general angst against the top three aggregators, but this rhetoric will only carry Tebb so far.

What his investors will want to see, those that have funded the business to little personal benefit very recently, is financial growth and this is why you are starting to see in OTM’s results an effort to throw the thousands of estate agency branches that pay nothing, over the side. And hence the reduction in average monthly advertisers in their 2021 interim numbers.

But in order to satisfy major investors such as Schroder (they own 5%), Jason Walker (4.4%) and Albert E Sharp (3%) Tebb will have to drive revenue and profit growth and, in turn, share price sharply upwards. And I’d wager that Tebb’s own medium-term compensation package is predominantly linked to these three things too.

Given that today’s OTM share price is 36% lower than at their stock market launch, he has much work to do if he is to embrace the pot of gold that awaits him at the end of the rainbow in bonus, share options or whatever.

Again, to be clear – revenue, then profit, then share price. One leads to the other and that’s the game here. That’s what happens when you succumb to the bright lights of PLC stardom – you sell your soul.

Because how does a portal achieve a fast increase in much needed revenue? Well, by putting subscription prices up of course.

And lo and behold this is exactly what OTM is doing with their latest financial results demonstrating this shift toward a hike in monthly costs to agents from £108 per month in 2019; to £129 per month in 2020 to a significantly higher £207 per month in 2021. These are their numbers, in their accounts.

Seem familiar? Yes. It’s straight out of the Rightmove playbook – and, if this huge hike in ARPA (average revenue per agent) at over 60% last year alone were to be extrapolated each year to 2025, OTM agents will be paying MORE than Rightmove are currently charging – £1366 versus Rightmove’s average of £1163.

There is no way of separating this. OTM cannot have it both ways. If they wish to increase growth in revenue and profit and their share price to the satisfaction of management and shareholders they WILL continue to increase monthly subscription costs to their agency customers. And so they are.

My question then is this… How is OnTheMarket plc any different to the Rightmove plc that you all detest so much? Because in essence both are just the same, aren’t they?

Russell Quirk is co-founder of property PR specialist ProperPR. The opinions expressed are his own.

OnTheMarket were invited to respond to this piece.