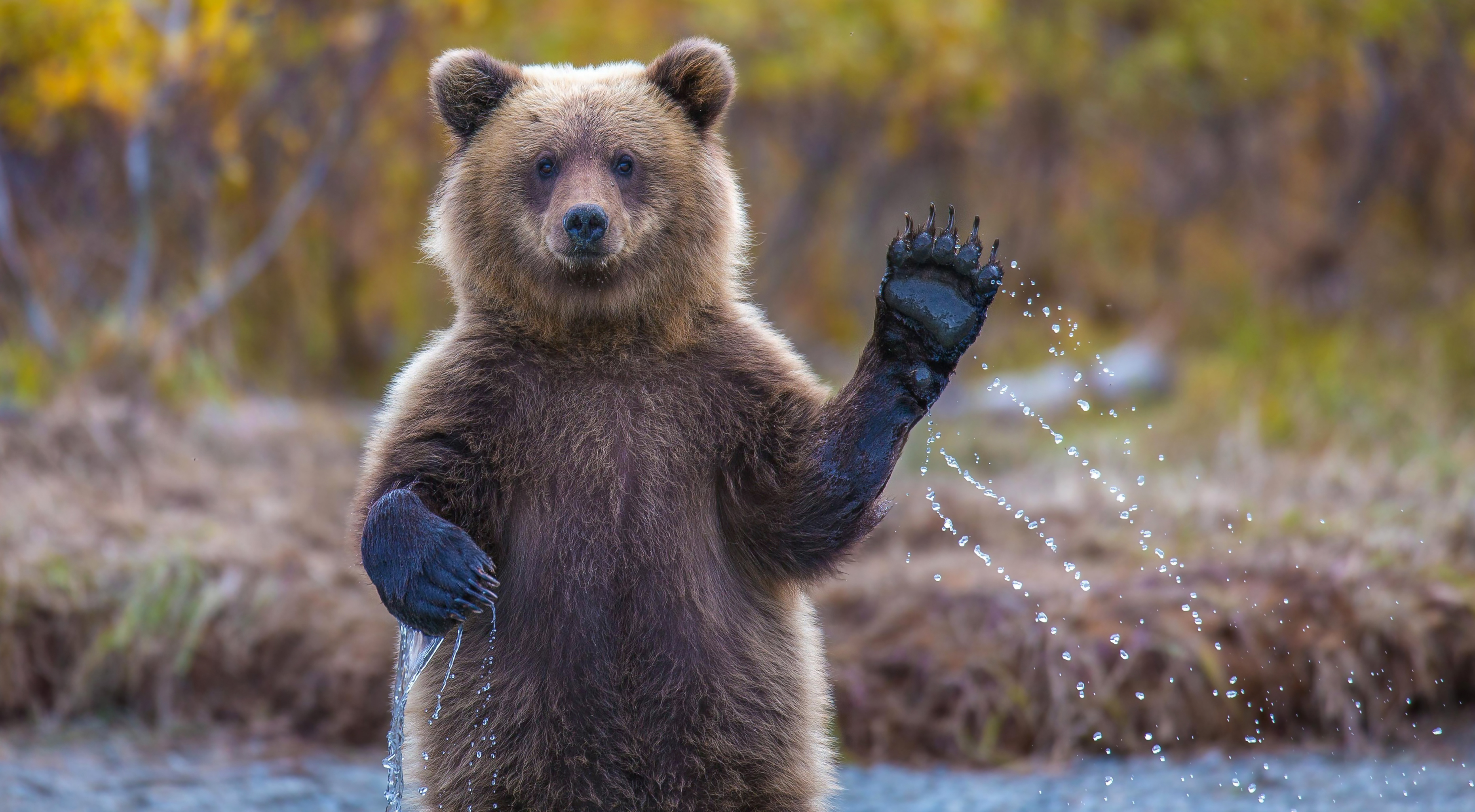 A Florida bear seen in the wild with its head caught in a plastic jar has finally had the jar removed.

The 250-pound female black bear reportedly had the jar caught around her head for 28 days before its removal. The jar was part of a person’s pet feeder that the bear had examined for food.

The bear was first spotted with the jar on its head on October 14 in Collier County, on the state’s southwestern tip, WBBH-TV reported. A resident’s trail camera captured the bear wandering around with the clear plastic jar completely surrounding its neck and head.

The jar reduced the bear’s ability to see, eat and drink. It was able to continue eating somewhat by slipping its long tongue through the opening at the other end of the jar.

However, the jar’s opening had also sealed around the creature’s neck, causing its fur to rub off. The jar’s edge had rubbed the bear’s skin raw, potentially risking a more serious infection, rescuers said.

The Florida Wildlife Commission (FWC) began conducting night patrols in the area where the bear was seen, setting up trailer traps, leaving food pellets in a cage designed to close after the bear entered. The traps didn’t catch it.

Rescuers came to the bear’s aid after a resident spotted the animal on their security camera. FWC officers located the bear and shot a tranquilizer dart into it. After the bear became subdued, the officers were able to cut the jar from its head.

“Even after 28 days of wearing it, the bear was still in great physical shape,” FWC officials wrote in a Facebook post. “She did have a wound encircling her neck and face where the feeder was stuck, but staff cleaned the injury and treated her with antibiotics.”

After monitoring the animal for 1 1/2 days to ensure her overall healthiness and ability to eat and drink, FWC staff released her in a secure area of Picayune Strand State Forest, WJXT reported.

Officials said the incident illustrates the importance people storing all food and trash away from bears. If bears begin to see humans and neighborhoods as potential food sources, it could cause bears to approach humans, leading to possibly dangerous encounters, according to the National Park Service.