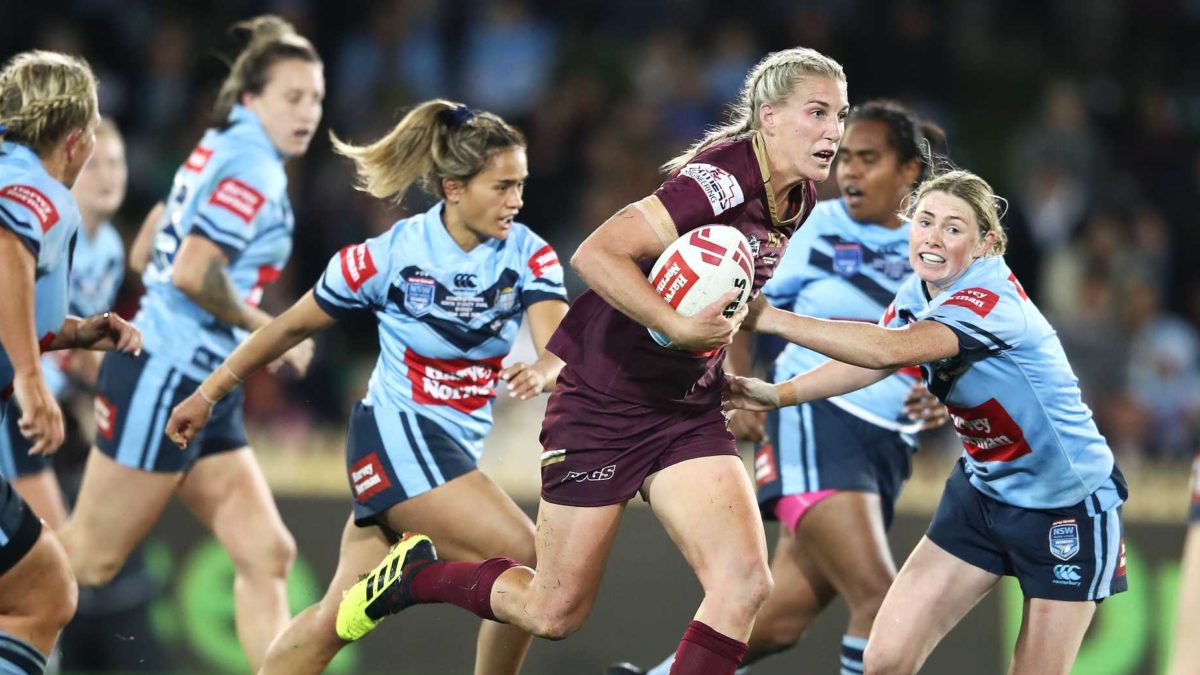 Rugby league was born in 1895 from the idea that a man should be paid for his work. But in 2021, some of the game’s most prominent supporters aren’t ready to demand the same for its women.

The details are simple. Across three separate camps, 30 selected players will receive between $4000 and $15,000 depending on whether they make the final camp and, ultimately, the squad of 18.

In the land of the fair go – of all places! – this news was met with some, unfortunately, likely critics.

“I am a huge supporter of women’s sport in this country, but I disagree with today’s announcement from the QRL,” tweeted 2GB’s Mark Levy. “The women’s team will earn the same as the men from next year, but they don’t bring in the same revenue.”

I am a HUGE supporter of women’s sport in this country, but I disagree with today’s announcement from the QRL.

The women’s team will earn the same as the men from next year, but they don’t bring in the same revenue.

Would the QRL pay them 15k a game if it was a 3 game series?

This, from a bloke who once earned a crust playing the great game, is disappointing to say the least. Huge supporter indeed.

Levy’s post attracted a slew of responses similar to his own, each one citing the discrepancy in revenue between the men’s and women’s games.

“It’s disgraceful… a free hand out and an up yours to the 110+ years of players who got the game to professionalism,” wrote one user.

“I knew this would happen,” wrote another. “A few motivated feminists… are driving this. Their professional wages shall be paid by the men’s game.”

It’s the same old argument the ‘Huge Supporters’ of women’s sport like to wheel out every time we take a step towards, you know, actually supporting women in sport.

It begs the question: are the Huge Supporters motivated by fair compensation or misogyny?

When rugby league broke away from the Union, it made no money. Its players were compensated for lost wages and injury, which is essentially all the QRL’s new women’s payment amounts to.

League’s women sacrifice so much for the game that, in truth, this payment covers little ground. Besides, the men who play Origin are already some of this country’s highest paid athletes – it’s not like they need the extra cash.

So what does it matter if the revenue from the men’s game is used to pay the women? Should the night cashier at your local servo be paid less than one who works peak hours? And what about the kid on the fryer at a rural McDonalds? Should they get less than their more profitable city counterparts?

What do the Huge Supporters think they’re protecting? The men? It’s not like Cameron Munster is being asked to reach into his own pocket to foot the bill (unless, of course, we’re talking about the push to pay female athletes with the proceeds of fines paid by men for their sex, drugs and rock’n’roll antics – but that’s another story).

This issue strikes at the very heart of the game’s identity: the relationship between labour and capital.

If, as we’re told, profit is the reward for investment and risk, and the worker bears responsibility for neither, they must be paid for their labour regardless of revenue. To criticise equal pay for women by invoking the historic push for player payment is a paradoxical misunderstanding of what those men were fighting for in the first place.

They understood the socialst ethos of “to each according to their need”, but Levy and his ilk betray the game’s roots with their rah rah neoliberalism.

Alas, what can we expect from the Huge Supporters when our dandy Prime Minister wears rugby league like blue-collar drag? Leaguies like to wear the game’s working class roots like a badge of honour, but in a country where we seem to have lost perspective of what that actually means, is it any wonder that the Huge Supporters get it so wrong on this issue?

The notion that the women’s payment is an exercise in ‘virtue signalling’ or ‘PC gone mad’ tells us just how far we’ve strayed.

With all that in mind, the women’s game doesn’t exist because feminists want it to. It exists because rugby league’s administrators hope to create a profitable business out of it.

Until they figure out how to do that, the QRL has made the correct decision to cop the short-term loss on the chin and pay the women what they’re owed.

It’s a small step in the right direction, but for the game’s women, it’s the bare minimum.