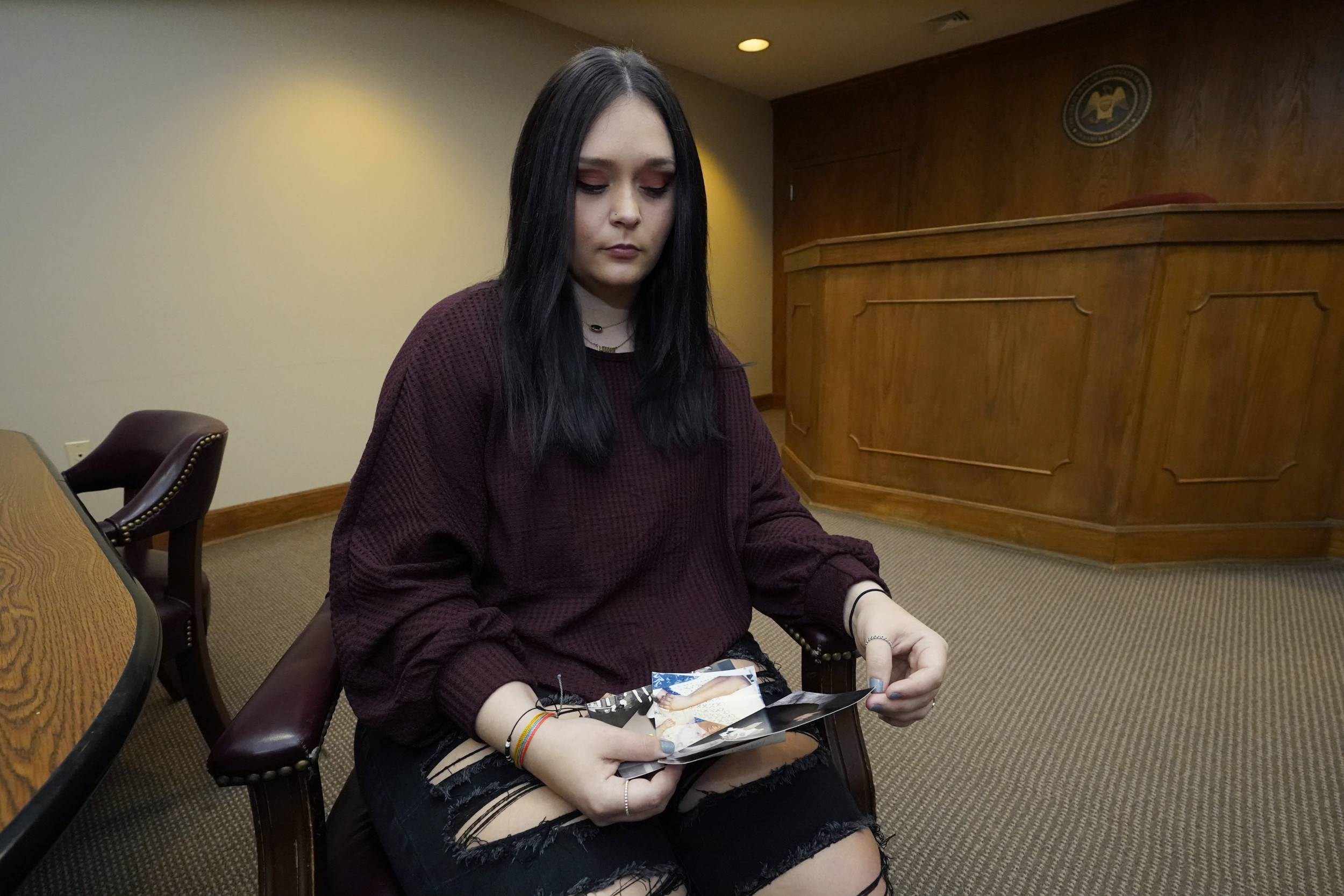 Cox pleaded guilty in 2012 for the May 2010 murder. The Associated Press reported that the Mississippi State Supreme Court set the execution date after Cox relinquished all appeals, calling himself “worthy of death” in court papers.

“When I found out that he was wanting to go ahead and get it over with, I wasn’t really happy about it. Like, I kind of just wanted him to sit there,” Kirk told the AP. “I guess I’m OK with it now.”

Cox is also suspected in the 2007 disappearance of his brother’s wife, Felicia Cox. Her daughter, Amber Miskelly, recently told WTVA-TV Cox was the last person to see her mother alive.

Lindsey Kirk said her mother and Felicia Cox were close friends. The Kirks have wondered whether he will confess to his involvement before his execution.

Kim Kirk Cox left Cox in 2009 when her daughter confessed that Cox had been sexually assaulting her for a few years while her mother was out of the house.

On May 14, 2010, Cox broke into the home the Kirks were staying at and shot Kim. He held Lindsey and one of Kim’s sons hostage for more than eight hours while their mother died.

Kim Kirk Cox’s father and stepmother, Benny and Melody Kirk, had to serve as negotiators on the phone with Cox.

Benny Kirk said he would like to witness the execution if he can, simply saying “he’s evil.”

On May 14, 2010, 12-year-old Lindsey Kirk was sitting on the couch while her aunt, Kristie Salmon, cooked supper. One of her brothers was outside playing basketball. Her mother was in the back of the house filling the bathtub for her other little brother.

“A gunshot came through the screen door, and he ran in and told me not to move,” Kirk said of her stepfather, who chased her aunt out of the house.

Kirk was not in the room when her stepfather shot her mother in the arm and abdomen, but he soon took her back there.

“Mama was laying on the floor. She was bleeding,” Kirk said. Her brother “was balled up in a closet.”

Her stepfather sexually assaulted her three times in front of her dying mother—even as police surrounded the home and tried to get him to release the hostages.

On the day of the attack, Kim’s father and stepmother were three hours from home at a track meet with one of their children. Salmon called and told them David Cox had shown up at her house and started shooting. Kim, Lindsey and one son were trapped inside.

Benny and Melody Kirk immediately started driving back, and David Cox called while they were on the way. Benny Kirk said he talked to Kim, who had already been shot.

“I told her we was coming just as quick as we could get there,” Benny Kirk said. “And she said, ‘Daddy, I’m dying.'”

Benny Kirk said Cox blamed him, Melody, Kim and Lindsey for the arrest: “He told me over the phone that he meant to kill all of us.”

Melody Kirk said dozens of officers, multiple ambulances and a helicopter were at the house when they arrived. She said David Cox by then was refusing to talk to officers, so she had to take on the role of negotiator, trying to persuade him to let the family go.

The ordeal lasted more than eight hours before officers got the two children out, recovered Kim Cox’s body and arrested David Cox. Authorities said their last confirmation of Kim still being alive was after midnight on May 15.

Kim Cox’s father and stepmother describe Kim as a caring mother who was generous toward others. They said they didn’t know David had been abusive to her or her children until Lindsey spoke up.

Benny and Melody Kirk raised Lindsey and her two younger brothers after Kim’s death. Lindsey calls them Mamaw and Papaw, and they say she’s their angel. The boys are now young men, 18 and 19 years old. The couple said the younger son does not like to talk about his mother’s death or his father’s impending execution, and the older son is still fearful Cox might come back and hurt him.