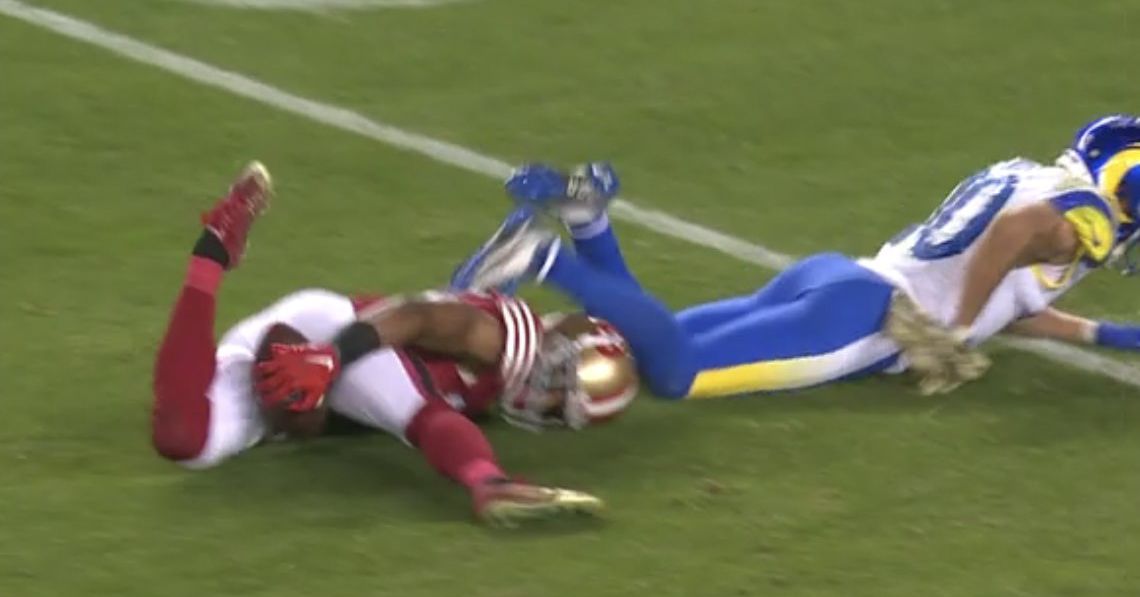 The sequel is never as good as the original, as the old saying goes, and that certainly applies to the Butt Fumble. Many have tried to imitate the enduring charm of Mark Sanchez sliding face first into his lineman’s butt and surrendering the football, but rarely does such an immaculate play fully come together.

We were reminded of this harsh reality when the San Francisco 49ers met the Los Angeles Rams on Monday Night Football. In the fourth quarter with the Niners up big, San Francisco defensive back K’Waun Williams appeared to intercept the ball by using his butt to trap it. It could have been an iconic play. Unfortunately, it didn’t count, as the refs ruled he didn’t catch the ball.

This should have been so much more than just another incompletion.

There have been some successful butt interceptions in the past. The lowly New York Jets pulled it off just last year. Marshon Lattimore did it for the New Orleans Saints in 2017. There was nearly one in a Patriots-Dolphins game back in 2012. I’m honored to work at a publication with a storied history of covering such a topic.

We just wish this would have counted. It didn’t matter for the 49ers either way, as they smoked the Rams, 31-10, to drop Los Angeles to 7-3. The Niners are now 4-5, and finally have their first home win.

In the event you’re yearning for remember the greatness of the original Butt Fumble, our pals at Secret Base have a rewinder on that.