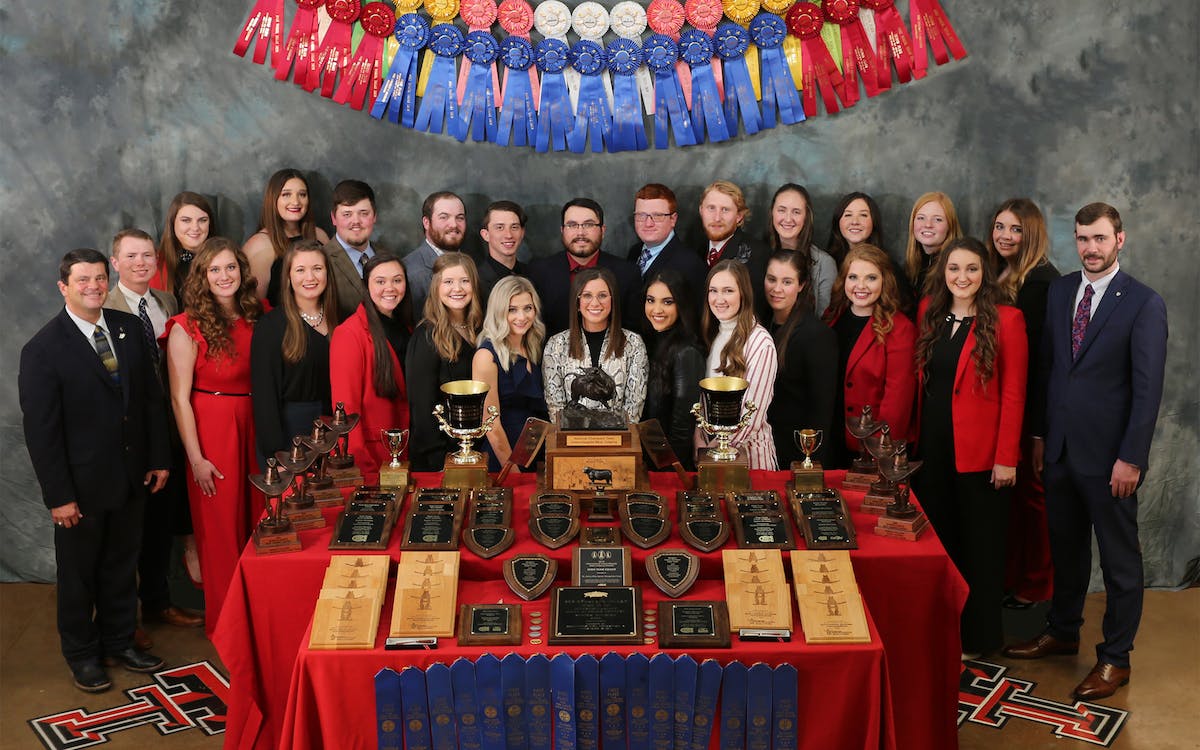 WHO: The beef-expert equivalent of the nineties-era Dallas Cowboys dynasty that is the Meat Judging Team within Texas Tech’s Department of Animal & Food Sciences in the College of Agricultural Sciences & Natural Resources.

WHAT: Over the weekend, the team won the 2021 International Intercollegiate Meat Judging Contest in Nebraska, a.k.a. the Super Bowl of meat judging. It’s the team’s third straight national championship and sixteenth championship overall.

WHY IT’S SO GREAT: Cassie Bendele has spent the last year in a frosted cooler, strapped into a hard hat and armored in a cooler coat, frock, and harsh steel-toe shoes, staring at beef carcasses. There are only a handful of professions for which you need to clock in at 4 a.m., and meat judging for the Lubbock-based Department of Animal and Food Sciences at Texas Tech—the Dillon Panthers of beef analysis; the Avengers of pork grading—is definitely one of those jobs.

Meat-judge practice can run twelve to fourteen hours, consisting of quick-fire challenges like “yield grading.” That means judging the exact specs of a ribeye or other cut of meat—unremoved from a cow carcass—using only your eyes and a Scantron. To make that call, contestants must determine the thickness of the external fat; the hot carcass weight; the amount of kidney, pelvic, and heart fat; and the area of the ribeye muscle, then plug their guesses into an elaborate formula. At the national championship, the best grader calls the size within a tenth of an inch; the fat thickness is called to the millimeter.

Bendele is part of a team of over twenty students who just etched another championship into the Texas Tech crown. Typically, they practice by caravanning to local plants to train their meat-Jedi skills, number-two pencil as a lightsaber, but things changed in the pandemic age. Every week before a contest, Bendele and the rest of the team would gas it to Omaha, Nebraska, a fourteen-hour journey to train with the chunkier, winter-fed cattle carcasses in the land of marbled steaks.

“We have to be able to call the ribeye size with deadly accuracy,” says Mark Miller about the yield-grading aspect of the competition. As the distinguished chair in meat science at Tech, Miller is absolutely the Theodore Lasso of meat judges.

“All of these things happen because they submit themselves to becoming humble,” he says about his team. “They’re the equivalent of the number-one draft picks in any sport.”

Many of coach Miller’s championship alumni have moved to internal medicine, law school, or dental school. Oscar Mayer Lunchables were invented by a Tech Meat Judging alum, Miller says, and another popularized the great, un-spoilable beef rope of our time, the Slim Jim.

With another crown, the Tech Team reboots. Miller and his team will hit the beef lockers hard, honing their skills for the first competition in Denver in January. As the students become free agents—the team consists of sophomore and junior Tech students within the yearlong program of meat science—some jump back in as assistant coaches.

That’s what Bendele’s imagining for the near future. Actually, she’s got her own family dynasty: both of her brothers were meat judges at Tech.

For Miller, that legacy isn’t surprising. “Literally, we are a family. When we walk into the contest, we walk in as one,” he says.