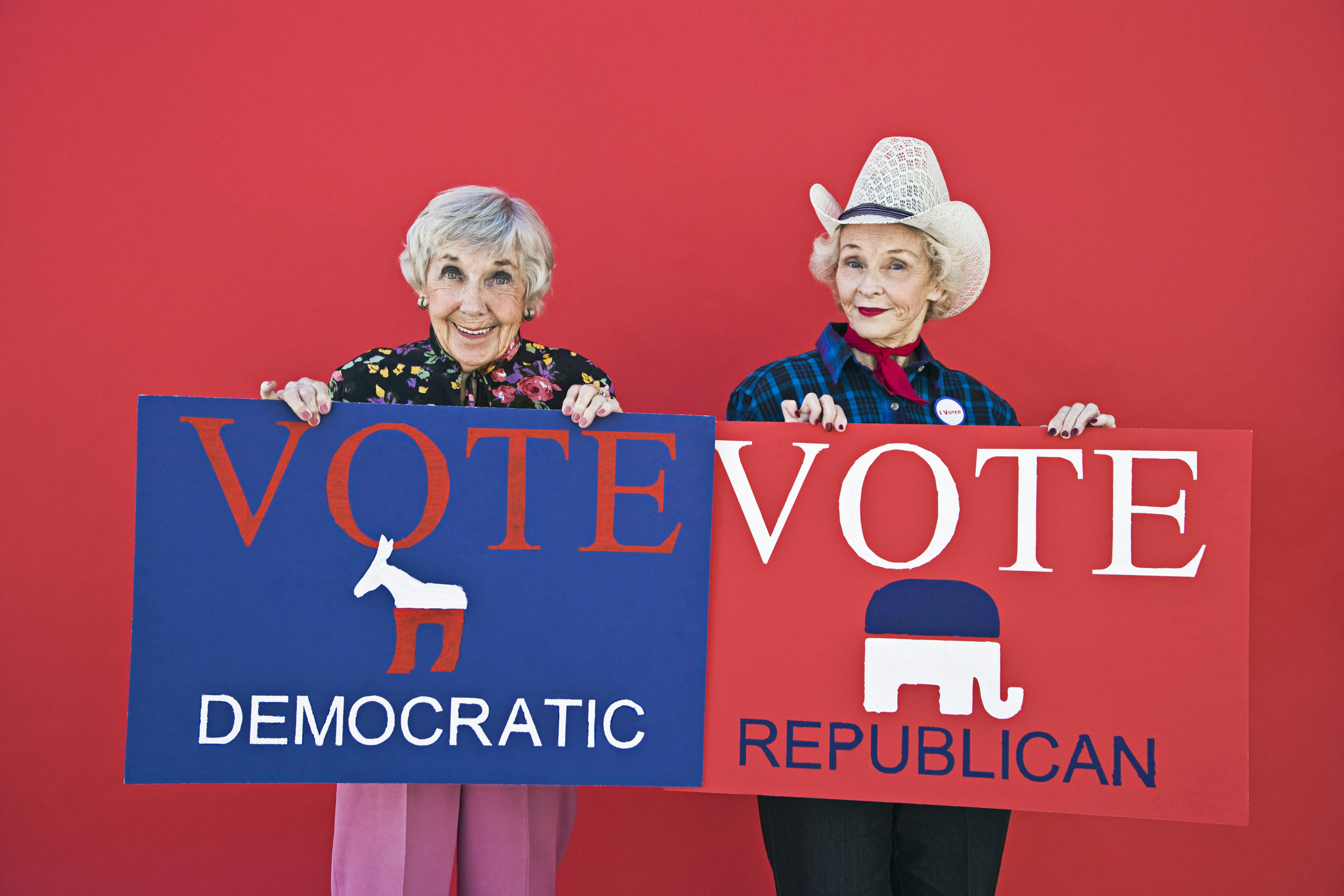 Amid an increasingly divided political landscape, a new poll suggests that American voters are united on at least one issue: that they don’t fully agree with the politics of either the Democratic or Republican parties.

The poll, which was released Monday by The Economist/YouGov, found that most Americans view the politics of both the Democratic and Republican parties to be either to the left or right of their own views. Only 18 percent of respondents said that Republican Party politics were “about the same” as their own politics, while 19 percent said the same of the Democratic Party.

A 38 percent plurality of Republicans said that the GOP was slightly or much more to the right of their politics, while 17 percent said the party was to their left and 18 percent were undecided.

Slightly more independent voters aligned with the Republican Party than the Democratic Party, 22 percent to 18 percent. Perhaps unsurprisingly, most did not agree with the politics of either party.

Democrats had a slight 52 to 48 percent edge over Republicans when all respondents were asked whether their “political views are closer to the views of” each party.