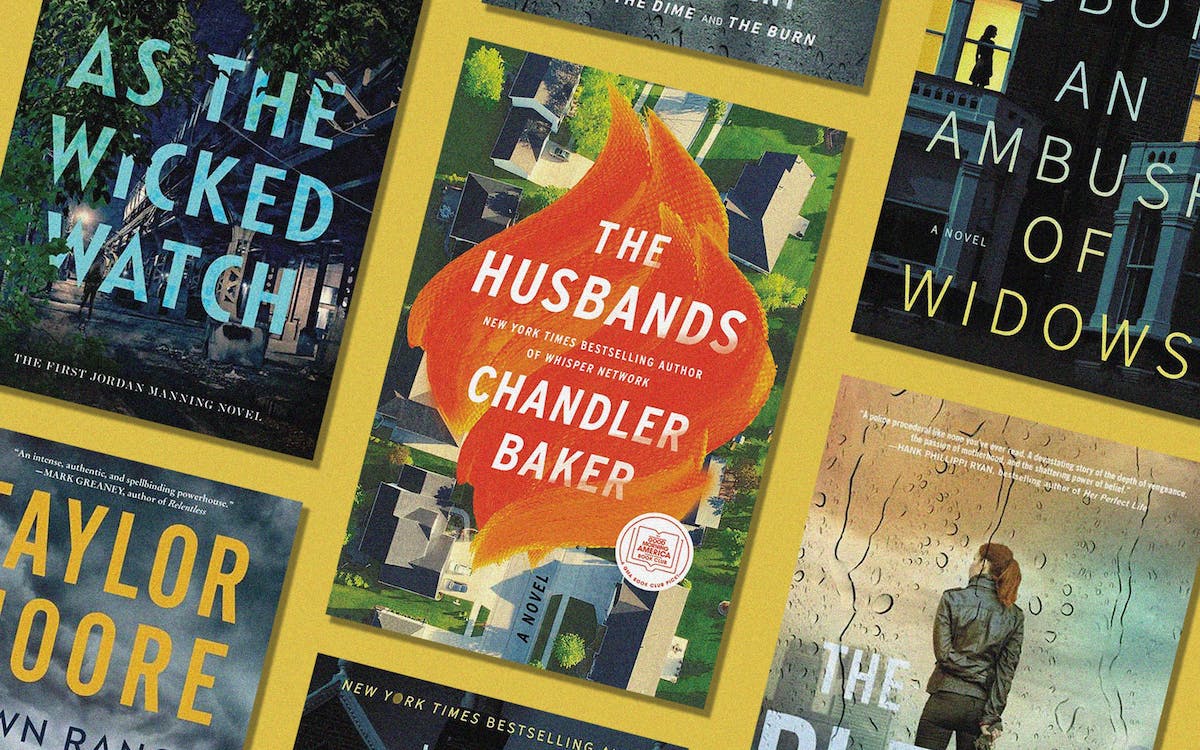 Texas is a big, eccentric, sometimes dangerous place, home to all manner of crime and punishment, collaboration and betrayal. As such, the state is the perfect setting for a thriller, the kind of book that makes you shake your head at the (thankfully, usually fictional) depravity that men and women inflict upon one another. During the pandemic, as we’ve all felt unmoored and unsure of what comes next, the predictable format of a thriller also holds a certain undeniable appeal. Mystery was the most popular genre with readers last year, as well as the second-most profitable—Americans spent more than $728 million on these stories in 2020, according to Book Ad Report. We’re all looking for distraction in a tumultuous time, and crime tales reliably offer that.

With all that in mind, we’ve put together a little roundup of the best new and recent Lone Star thrillers. These are engrossing novels of wrongdoing, penned by some of the best genre writers from our state. They keep the pages turning with malice, and might just make you a little nervous as you curl up and dig in.

An Ambush of Widows
By Jeff Abbott, Grand Central

We start in Austin, site of the double murder that kicks off this gripping tale. The victims, New Orleans cybersecurity expert Henry North and Austin venture capitalist Adam Zhang, seemingly didn’t know each other, even though they were found dead together. Henry’s wife, a recovering alcoholic named Kirsten, didn’t even suspect her husband was in the Capital City until she got an anonymous phone call: “Your husband has been killed. In Austin. Texas.” We meet the killer soon enough; he’s a workaday hitman, and his heart sinks when he sees Kirsten at the New Orleans airport heading to the scene of his crime. What he thought would be an easy job turns out to be very complicated.

Abbott, who has honed his technique over seven previous mystery novels, wisely lets the two widows tell the story. This means we learn, gradually, that their marriages weren’t paradises. One of the pleasures of Ambush is the author’s ability to flesh out his characters and their relationships beyond the crises at hand. Kirsten and her counterpart, Adam’s wife Flora, are widows, but in Abbott’s hands, they’re also storytellers.

Set in the deserts of Afghanistan and the Texas High Plains, Down Range is a rough neo-Western about family lost and found. Garrett Kohl is a DEA agent and former Green Beret whom one superior describes as a “machine-gun-wielding narc who looks like the Rob Zombie version of Jeremiah Johnson.” Kohl has rescued a ten-year-old Afghan boy from the men who massacred his family. The boy is now a CIA asset, and Kohl is assigned to take him back to Texas and watch over him for a bit.

Ah, the best-laid plans. As he deals with the CIA and navigates an unholy alliance between oil companies and drug cartels, Kohl is forced into combat mode on his own land, putting to use skills he’d just as soon leave behind. Moore tells a propulsive story of survival in the Panhandle, with the thick irony that, for Kohl, life at home is more dangerous than the warfare he just left. His slice of Texas is sparse and beautiful, but it’s also deadly. Those High Plains serve as both battlefield and refuge. Down Range is a powerful entry in the reluctant warrior subgenre, in which a dangerous but decent man is pushed past his limits.

This feminist mystery plays a little like an inverted version of Ira Levin’s satirical domestic fantasy The Stepford Wives. The star of the show is Nora Spangler, a personal injury lawyer with one small child and another on the way. Her husband, Hayden, means well, but he has no clue what kind of pressure defines every day of his wife’s life. For Nora, a day off is a faint notion to long for.

One day, house hunting leads Nora and Hayden to Dynasty Ranch, a fancy gated community outside Austin, where everything is beautiful except the remnants of a house that just burned down, killing the husband who lived there. A group of residents, all women, asks Nora if she can take the wrongful death case. And that’s when she notices the men of Dynasty Ranch are particularly … tame. Supportive. Subservient. The fun lies in figuring out how they got this way. The Husbands is a modern thriller for an era when women are told they can have it all, but societal expectations still make that nearly impossible. It’s wickedly funny, but also dead serious in its piercing social commentary.

Next stop: Dallas, where police detective Betty Rhyzyk is up to her elbows in menace. This is The Pledge, the final volume in a taut trilogy that probes the darkness of drug cartels, a violent religious cult, and enough police misogyny to keep any woman on guard.

Detective Betty is hoping to settle down with her wife, Jackie; they also have a new, unexpected houseguest, an infant left behind by the teenage girl they rescued from the streets. But trouble follows Betty closely. She hears from a cartel leader called The Knife, who has news she can use: the psycho cult leader/meth queenpin Evangeline Roy, who previously kidnapped and tortured Detective Betty, appears to be back on the scene, sending dealers out to the street wearing bright red wigs (a touch that The Dark Knight’s Joker might appreciate). So much for those plans of domestic bliss. Kent isn’t afraid to make a turn toward the macabre, and she’s been doing this long enough that the words spill from the page with ease. Detective Betty remains one of the most distinctive and vivid crimefighters out there.

As the Wicked Watch
By Tamron Hall, William Morrow

Hailing from Luling, a small town about sixty miles northeast of San Antonio along the San Marcos River, Tamron Hall has made her name as a national TV news reporter focused on crime; she now hosts a syndicated talk show and somehow finds time to write too. In her debut novel, As the Wicked Watch, she creates a surrogate of sorts in Jordan Manning, a Texas transplant TV news reporter adjusting to life in chilly Chicago.

Her specialty, and her passion, is missing persons, particularly missing Black women, who are so often overlooked by the media. Jordan is a professional, but she finds herself caring deeply when a fifteen-year-old named Masey James goes missing. Hall eagerly digs into the nexus of media, violent crime, and race, putting her decades of journalistic experience to use in creating a fictional world. As the Wicked Watch is a deeply felt story about discovering one’s priorities in search of the truth. Jordan may be disillusioned, but that only fuels her fire.