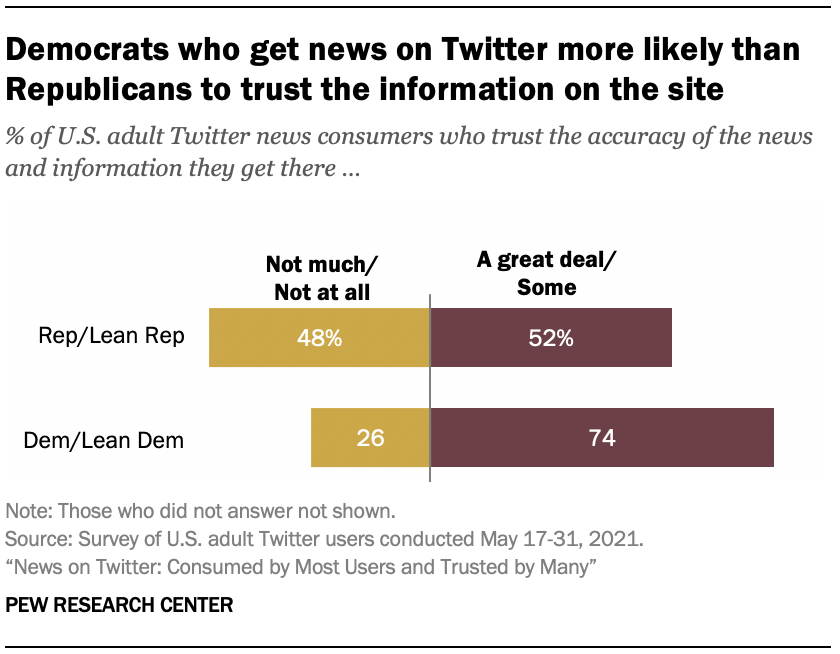 While those who get news on Twitter tend to be more positive about, and engaged with, the content on the site than other Twitter users, there are differences between political parties within the broader group of Twitter news consumers. In general, Democrats who get news on Twitter offer more positive assessments of the amount and accuracy of that news than their Republican counterparts.

This partisan difference in trust among Twitter news consumers mirrors partisan gaps in trust of the news media overall. Democrats and Democratic-leaning independents who get news on Twitter are more likely to say they trust the accuracy of the news and information there at least some (74% say this). Republicans (including leaners) who get news on Twitter, on the other hand, are about evenly split on this question – 52% say they have at least some trust in the information they see on Twitter, but 48% say they trust it “not much” or “not at all.”