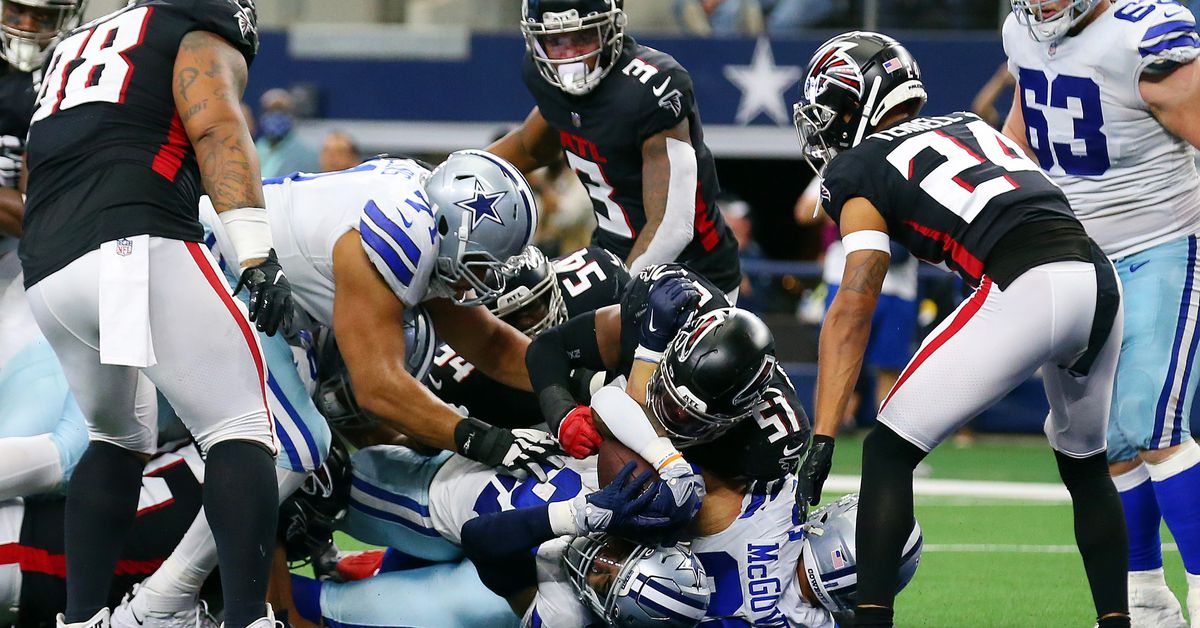 It wasn’t long ago that the Dallas Cowboys were one of the most risk-averse teams in the NFL. The franchise’s nearly 10 full seasons with Jason Garrett as head coach were often defined by playing it safe even when those decisions flew in the face of basic probability. Garrett once famously punted on a 4th-and-1 in overtime against the Houston Texans, and never saw his offense get the ball back as Houston scored the game-winning touchdown. Google “Jason Garrett coward” and you will find plenty of other examples of cautious playcalling dooming Dallas.

Garrett and the Cowboys parted ways ahead of the 2020 season, but the Cowboys’ decision to hire Mike McCarthy still left people confused. McCarthy often did less with more during his time as the Green Bay Packers’ head coach, but he’s apparently learned from his previous mistakes. Dallas is miles ahead of anyone else in the lowly NFC East right now, and suddenly the Cowboys are playing like a team oozing with confidence offensively.

Case in point: with the Cowboys up 34-3 against the Atlanta Falcons during the first half of their Week 10 matchup on Sunday, Dallas still decided to go for the two-point conversion. Ezekiel Elliott ran the ball in and pushed the Dallas lead to 36-3. Watch Elliott’s conversion here.

Dallas had just blocked a punt to score a touchdown. The decision to go for the two-point conversion shocked the announcers and fans around the league. Why would Dallas go for two when they were already up 31 points in the first half?

The answer comes down to a weird NFL rule about the PAT and what analytics say about going for a two-point conversion after a penalty.

The Cowboys originally lined up for the extra point after the touchdown. The Falcons were whistled for a penalty on the PAT attempt for having too many men on the field. The penalty for that is “half the distance to the goal,” but that penalty can be applied to multiple locations. The Cowboys could have moved their extra point attempt from 15-yard-line to the 7.5-yard-line, or they could try to a two-point conversion from the one-yard line (as opposed to the two-yard line). Yes, teams are allowed to change their mind on the extra point vs. two-point conversion after a penalty. McCarthy decided to go for two.

The percentages are in favor of going for two after a penalty on the defense during the extra point. It’s just easier getting one yard instead of two for the two-point conversion. Still, you almost never see teams go for two while up more than 30 points like the Cowboys did against the Falcons.

Maybe Dallas is just getting themselves ready for the high leverage situations they could see in the playoffs. The Cowboys are cruising on top of the lowly NFC East, and no one else in the division is even close. Dallas might need a clutch two-point conversion or fourth down in the playoffs in a single elimination format. Going for two against the Falcons even in a blowout not only makes sense analytically, it also helps the team prepare for the playoffs.

Clearly, this is not a Jason Garrett team anymore. The Cowboys are really good, and they’re not afraid to listen to the math, regardless of the situation in the game.