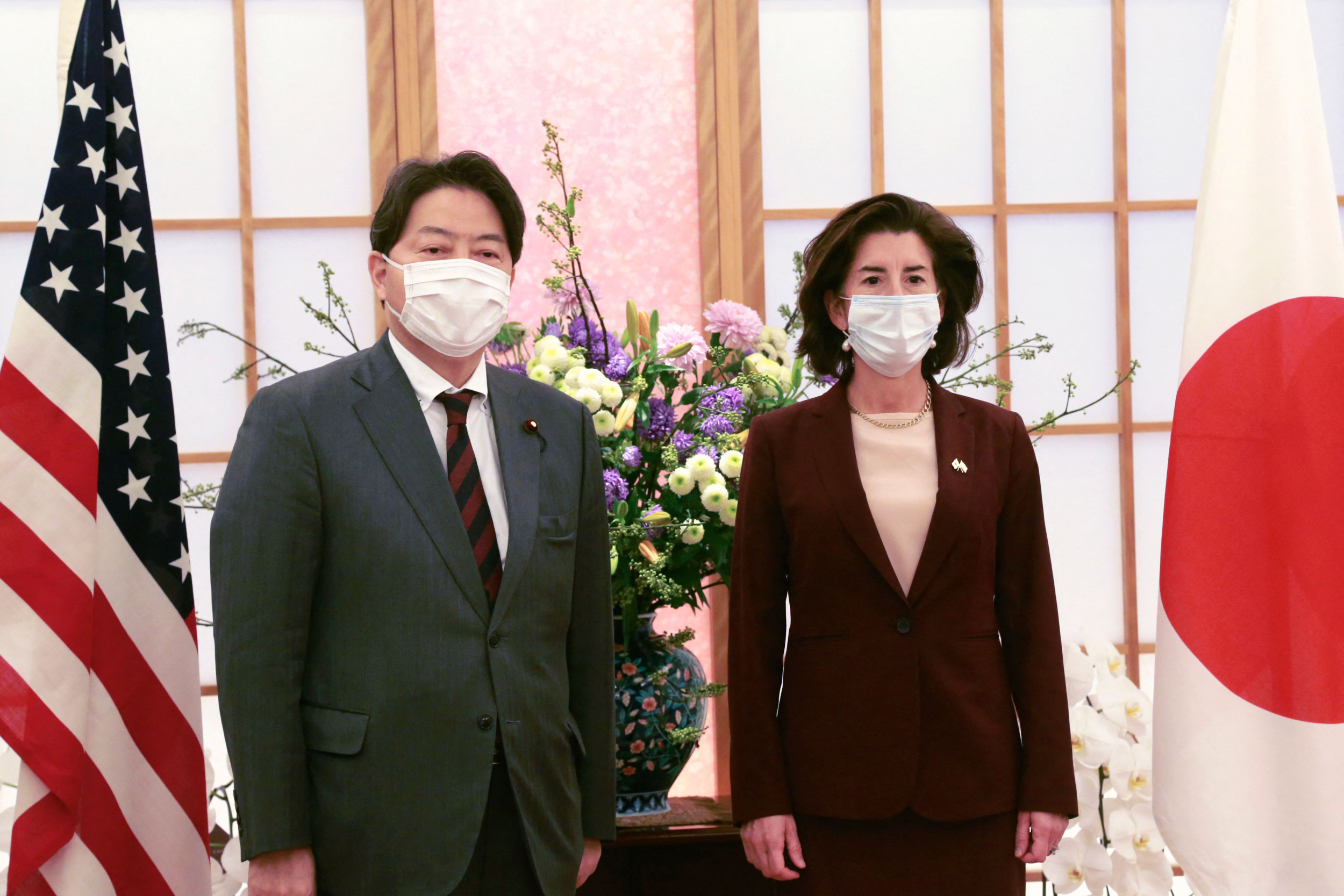 The United States and Japan could lift tariffs on Japanese aluminum and steel imports as part of a new partnership.

The alliance between the countries resulted in the formation of the Japan-U.S. Commercial and Industrial Partnership, or JUCIP. According to the Commerce Department and the Ministry of Economic, Trade, and Industry, this partnership aims to “strengthen the competitiveness, resiliency, and security of both economies.”

“It is so important for both of our countries and coordination in these key areas is essential for our global economic recovery, and our ability to seize our opportunities in a post-pandemic world,” said Raimondo during the meeting.

Hagiuda also commented on the new partnership, saying, “for Japan and the United States that lead the global economy and share values such as free and fair economic order, it is essential that we strengthen economic and technological cooperation including supply chain resilience.”

This announcement comes as China dramatically increases the production of aluminum and steel. According to the World Steel Association, the country made 1.06 billion tons of crude steel in 2020, significantly more than other nations in the world. In contrast, Japan produced 83.7 million tons of steel, while the U.S. made nearly 73 million tons. Through the JUCIP, Japan and the U.S. hope to resolve tariff issues that have decreased aluminum and steel production in both countries.

After establishing JUCIP in Tokyo, Raimondo plans to visit Malaysia and Singapore.

The U.S. recently resolved a similar dispute with the European Union in a deal officials said addresses excess capacity that can distort the steel market. It patched up a trans-Atlantic rift and is meant to create a framework for reducing the carbon intensity of steel and aluminum production that contributes to the warming of the earth.

Trump ordered the extra tariffs, 25 percent on steel imports and 10 percent on aluminum, in March 2018, asserting they would protect U.S. jobs and national security.

Hagiuda made it clear in the meeting that Japan wants the tariff issue “completely” resolved, in line with the World Trade Organization, trade and industry ministry officials said after the talks. Japan considers U.S. tariffs imposed on steel and aluminum imported from Japan as “problematic,” they said.

Raimondo responded to a request by Japanese Foreign Minister Yoshimasa Hayashi during a meeting Monday to scrap the extra tariffs on Japanese steel and aluminum exports to the United States by saying she planned to tackle the issue as a priority, the Foreign Ministry said.

Late last week, the Commerce Department issued a statement announcing the start of consultations with Japan by Raimondo and United States Trade Representative Katherine Tai “to address global steel and aluminum excess capacity, take effective measures to ensure the long-term viability of our steel and aluminum industries, and find solutions to strengthen our democratic alliance.”

Raimondo said, “the Department of Commerce’s commitment to Japan is unwavering, as is our desire to strengthen our economic partnerships with like-minded countries.”

Japanese officials said Raimondo stressed the importance of strong Japan-U.S. ties and leadership in the Indo-Pacific region. The two officials also agreed to cooperate in coping with other challenges such as climate change.