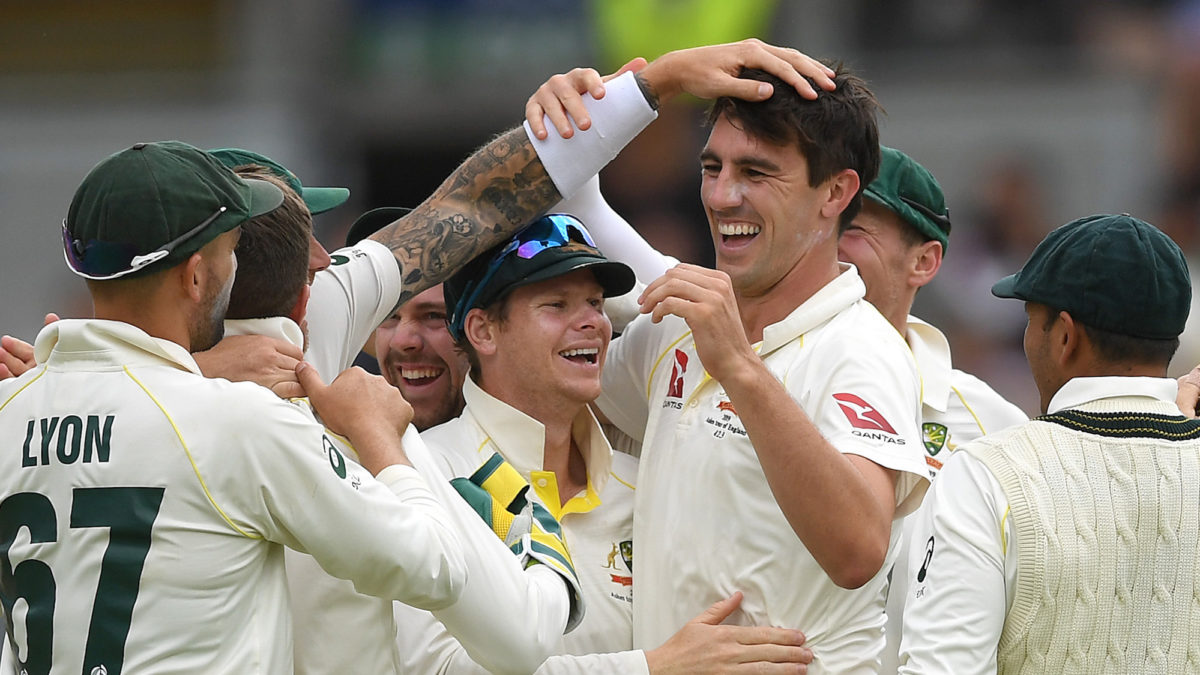 It’s the first of November 2021 and Joe Root would have woken to the news that Eoin Morgan’s men had not only beaten Australia at the T20 World Cup, they’d emphatically demolished them.

Asked to bat first, Australia were all out for 125 and England took less than 12 overs to make the required runs.

Test players Dave Warner and Steve Smith made a collective two runs off seven deliveries, while Jos Buttler smashed 71 off 32 and the Australian Test fast attack was made to look second rate.

At that point, Root must have been laughing loudly. The knives were out in a big way, both from the media and social media.

• Justin Langer was on his last legs as a coach in any format, but particularly T20
• Dave Warner was over the hill
• The squad selected for this tournament was second rate
• Australia was wasting its time playing this format, which we were no good at and we should get our Test guys home early to prepare for the Ashes

Fast forward to Monday the 15th of November and Root would be horrified at the outcome of the World Cup final.

He above all would be aware just how much of a lift winning this type of tournament will be for all Australian players. After all, he was involved in that World Cup win in 2019, immediately before the Ashes.

He’d also be aware just how down England players will be, not making the final.

Granted, there are not many from the T20 squad joining the rest of the Ashes brigade, but they were clearly expecting to not only beat New Zealand in their semi-final and win the World Cup – but they didn’t.

There’s no doubt everyone who follows cricket in Australia will be thrilled at the result.

This is a format where we’d never won a major tournament and before this World Cup started, were rightly written off by most pundits as bit players, not likely to figure in the finals.

That the squad made it through to the finals, after that hiding from England and less than stellar performances against some of the other teams, was something of a modern-day miracle.

That this same team managed two huge run chases against quality attacks in the finals to take out the tournament is simply staggering.

The positive energy that will flow from those returning World Cup squad members cannot be underestimated.

There’s no doubt Aussie cricket fans will be keen to let Joe Root know who won this tournament, just as England fans did so when the Ashes Tests were being played.

The one player who will benefit the most is Dave Warner. His batting relies heavily on confidence and a good eye.

If Australia had not made the finals, he’d have had only that one good innings against the West Indies (89) and another 60 odd against Bangladesh. The rest of his tournament had been forgettable.

The team making the finals allowed Warner to play two critical innings where he looked terrific, scoring a combined 112 runs off 68 deliveries and being a huge part of Australia’s finals success.

There’s no doubt Warner will carry that confidence into the Ashes and if he gets a start, he could easily dominate the England bowlers. And it only gets better.

The selectors will be thrilled that the squad they chose was so successful. That will take some pressure off George Bailey in particular, whose early call about Marcus Harris opening in the Test series has raised plenty of eyebrows.

Justin Langer must also feel a lot of weight coming off his shoulders after a high pressure 2021.

Somehow he managed to turn a group of players who were flogged in Bangladesh and the West Indies, then were poor at the start of this tournament, into world champions.

He and others managed to get team selections right and got momentum building at just the right time, so the team played great cricket when it counted.

There are two rays of hope Joe Root can cling to. The first is that Langer and the other selectors buy into the hype around performances in this tournament and think that translates in a Test spot.

I read on The Roar that Mitch Marsh’s efforts with the bat “will surely thrust him into contention for a spot in the Test team for this summer’s Ashes series.”

It may well give him a chance to play in the proposed intra-squad matches in early December, but there are quite a few guys who have clearly staked strong claims in red-ball cricket, who must be considered before him.

The other ray of hope is complacency. In 2019, England approached that first Test at Edgbaston as one they’d already won.

After all, they hadn’t lost a Test there for a gazillion years. They were feeling euphoric after that World Cup win and thought they only had to turn up to win.

Until last year, Australia had a similar track record in Brisbane. The Gabba(toir) seemed to be a bogey ground for opposition Test nations.

If the Aussie team does not play their best because they also think they only have to turn up to win, Joe Root’s team could well spring a similar upset like Tim Paine’s team did in their first Test in 2019.

Langer and Paine must somehow tap into the positive vibes from the returning players, but make sure no-one is complacent going into the first Test.

Over the next three weeks, they will both need to get the returning players focused on the Ashes, while still allowing that feel-good mood to permeate the squad.

They also need to take the momentum gained from the World Cup win and use that to encourage all Ashes candidates to really lift.

If they get that right, it could be a very long couple of months for Joe Root’s men.