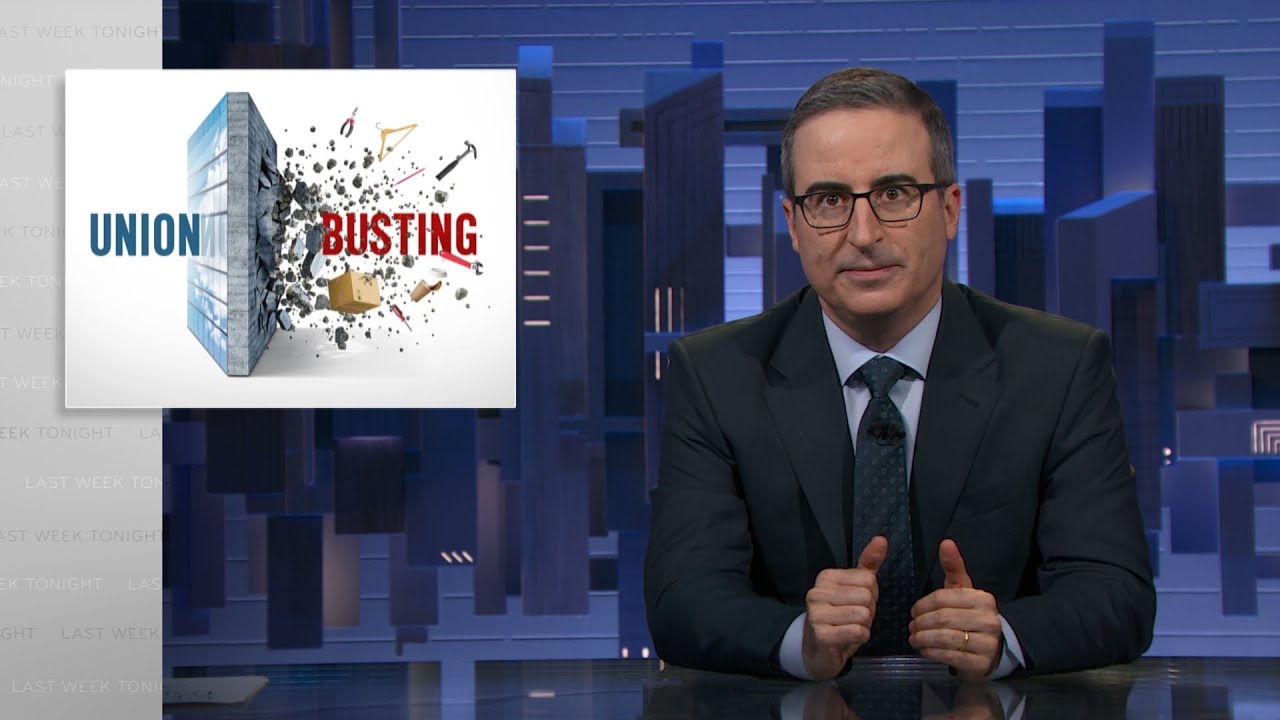 Amazon is in the crosshairs again during a new segment on union busting from “Last Week Tonight with John Oliver.”

The HBO show took on the tech giant as part of a lengthy explainer on the tactics companies employ to discourage workers from unionizing.

Among the jabs at Amazon, Oliver pointed to what he called a “leaked internal video” from Amazon that instructs its managers on warning signs to be on the lookout for when it comes to potential union organizing. Obvious signs include the use of terms such as “living wage” or “steward,” the animated video says.

“Set aside how completely mask off it is to treat the phrase ‘living wage’ like the first warning sign of a stroke,” Oliver said in reaction to the clip, adding that it’s worth noting the “huge amount of pressure” Amazon and other companies can exert on employees who are considering organizing.

Amazon successfully turned back a unionization effort by the Retail, Wholesale and Department Store Union in Bessemer, Ala., to organize nearly 6,000 warehouse workers last spring. A report a few months later by a National Labor Relations Board hearing officer said Amazon stepped outside allowable guidelines and improperly pressured workers against unionizing, and said the election should be redone.

Oliver’s segment comes just a couple days after Amazon workers at a Staten Island, N.Y., fulfillment center withdrew a petition to hold a union election after failing to collect enough signatures from workers.

Seattle-based coffee giant Starbucks was also called out by Oliver on Sunday’s show as it, too, is taking on workers trying to organize at cafes in Buffalo, N.Y.