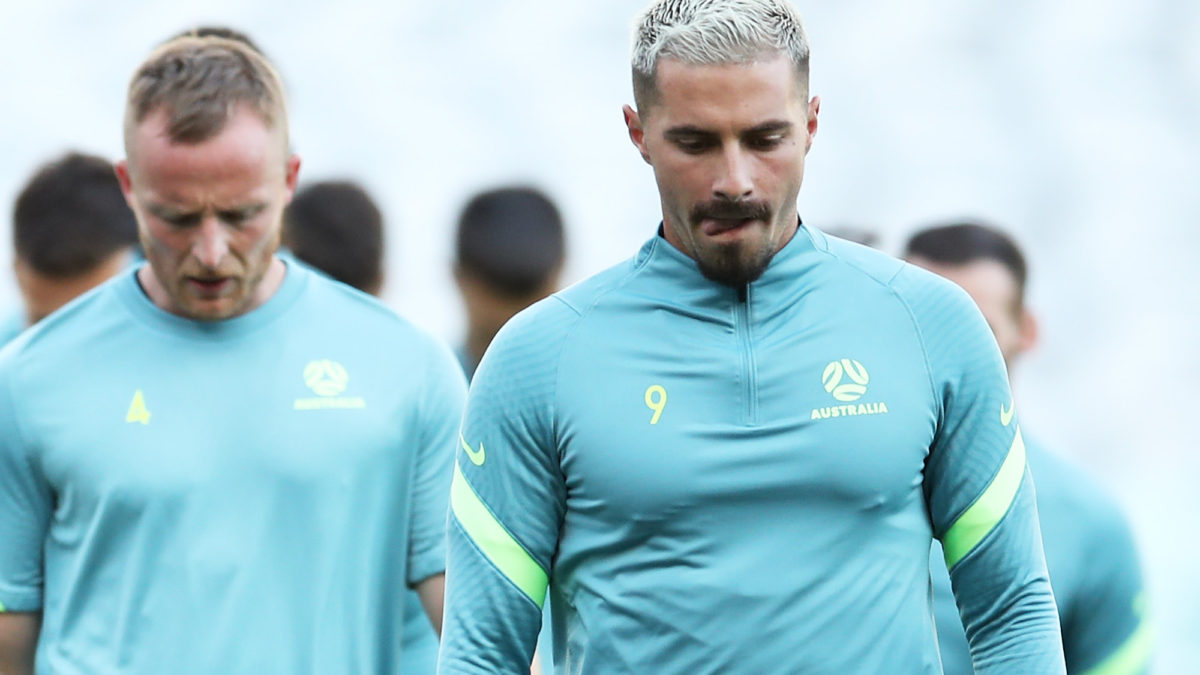 Aaron Mooy, Tom Rogic and Adam Taggart have played key roles for the national squad in recent times and the challenge that their absence presented for a team up against an undefeated opponent in Asian Confederation World Cup qualifying should not be understated.

As things played out, the Socceroos and the Saudis both had their chances to claim what would have been a potentially decisive three points, yet the nets were not to be legally bulged at either end of the pitch.

The 0-0 result did little more than maintain the pressure on both nations, especially considering the ever-looming presence of the Japanese, after their slow start to the campaign.

The most intriguing component of the fixture was the absence of Melbourne City’s Jamie Maclaren, a man whose previous ten Socceroos caps have produced six goals.

After an A-League Men’s season in 2020-21 that produced 25 goals, a golden boot award and a championship with the best team in the land, one could have easily been convinced that Maclaren would be something of a walk-up start for the Socceroos throughout their campaign.

COVID restrictions and logistical complications meant that Maclaren was not to play a part in some of the earlier qualification matches abroad.

However, surely manager Graham Arnold would have been well within his rights to rush the goal sneak straight back into the team as soon as the opportunity to do so presented itself?

Japan-based striker Adam Taggart did well for Arnold in the early matches and the manager’s trust in Mitchell Duke was clear in the way the former Western Sydney Wanderers hit man was used effectively off the bench.

However, there were many who assumed that Maclaren was rightfully due to step straight back in as soon as the protocols allowed him to do so and the Socceroos once again take to the pitch with their best attacking weapon ready to pounce on the chances created.

Someone omitted to let Arnold know that this is what Socceroos fans had expected and that such a move was most likely to be in his best interests.

Duke entering the fray off the bench in the second half was a strategy that had already proven successful in 2021.

Yet the striker was adamant that he was “as hungry as ever” and appeared to be determined to deliver a clear message to his manager that he was ready to go, score and play a critical role in what could potentially have been a group-defining result for the team.

Instead, Arnold opted for Mathew Leckie to play the role of the potential match winner for the Socceroos up top.

One of Australia’s most decorated modern footballers, Leckie has been a star in national colours for nearly a decade and deserves nothing but respect from writers like me and the wider Australian football public.

Sadly, Arnold may well have overlooked the fact that Leckie, like Maclaren, has become an employee of the City Football Group and been living a frustrating life of training, gym work and fitness, devoid of formal play.

Yet with one man striking successfully at international level and Leckie a proven infrequent scorer, Arnold went with the latter in a position that he has rarely played and never mastered.

Frankly, it was a stupid choice.

Maclaren has produced a goal for every 1.7 matches across his top-tier professional career for both club and country, while Leckie manages one in every five matches he plays.

With both men a little underdone in terms of match fitness and serious consideration given to recent form, Maclaren should have been Arnold’s logical choice against the Saudis last Thursday.

With a not-to-be-underestimated Chinese team being the opponent in the early hours of Wednesday morning, the key question will be whether Arnold has the courage to see the error of his ways and charge Maclaren with the responsibility he has earned over the last two years.

If the manager does so, it will be something of an admission of guilt, but also the best thing for the Socceroos in a match they simply must win.