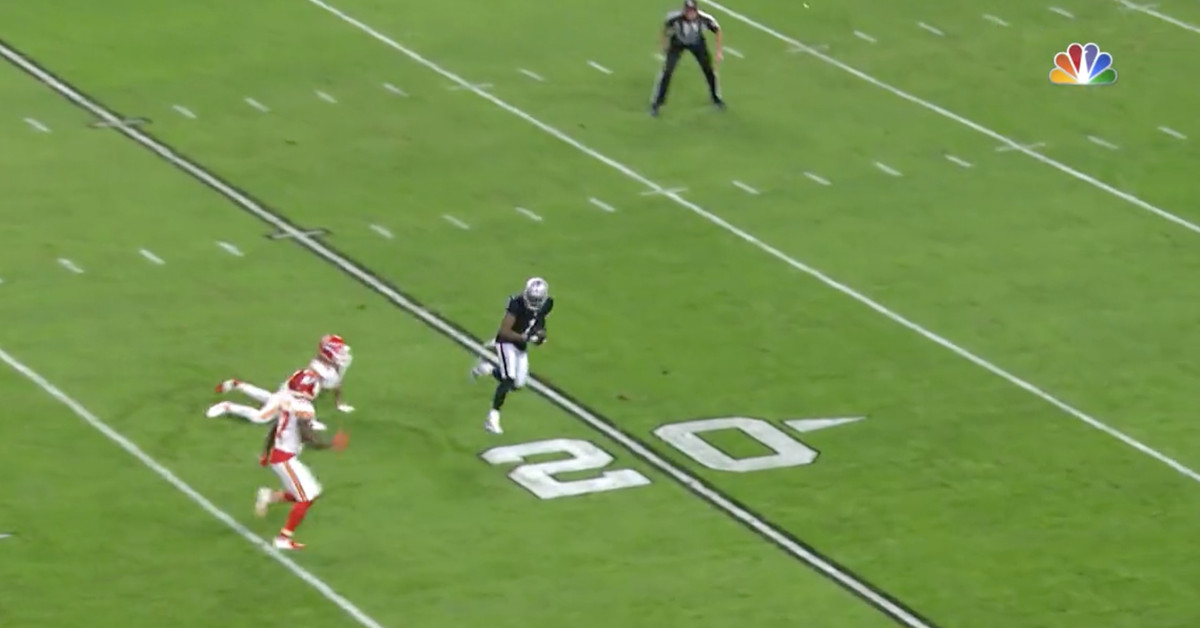 DeSean Jackson has a reputation for always trying to do a little too much on the football field. As a high school recruit, Jackson gained notoriety at an All-American game for fumbling on a breakaway touchdown when he flipped into the end zone. Jackson fumbled on the one-yard-line while celebrating again on the Philadelphia Eagles once he got to the NFL. Whether he was making overly ambitious decisions as a punt returner or earning taunting penalties on touchdowns, Jackson’s career as a wide receiver has never been boring.

Jackson is now 34 years old, and just trying to hang on in the league. He was released by the Los Angeles Rams earlier this month after catching just eight passes in the team’s first seven games. The Las Vegas Raiders signed him this week to replace Henry Ruggs. On Sunday night football against the Kansas City Chiefs, Jackson again lived up to his reputation for making head-scratching plays.

Derek Carr connected on a deep pass to Jackson early in the third quarter. This was the big play ability the Raiders hoped for when they signed him. But then Jackson did something weird: instead of running upfield, he turned to the opposite sideline. That exposed the ball and Kansas City’s Rashad Fenton forced out a fumble with a perfect ‘Peanut Punch.’

Fenton certainly looked like he was going to bring down Jackson if he kept running straight. But by turning around, Jackson put Fenton in position to punch it out and force the turnover.

That was pretty much the last moment the Raiders were in contention. The Kansas City Chiefs won in a rout, 41-14, behind an explosive offensive attack led by Patrick Mahomes. Mahomes finished the game with 406 yards, five touchdowns, and no interceptions. We think he’s going to be just fine after a slow start.

That was Jackson’s only catch of the day. Once again: never boring.