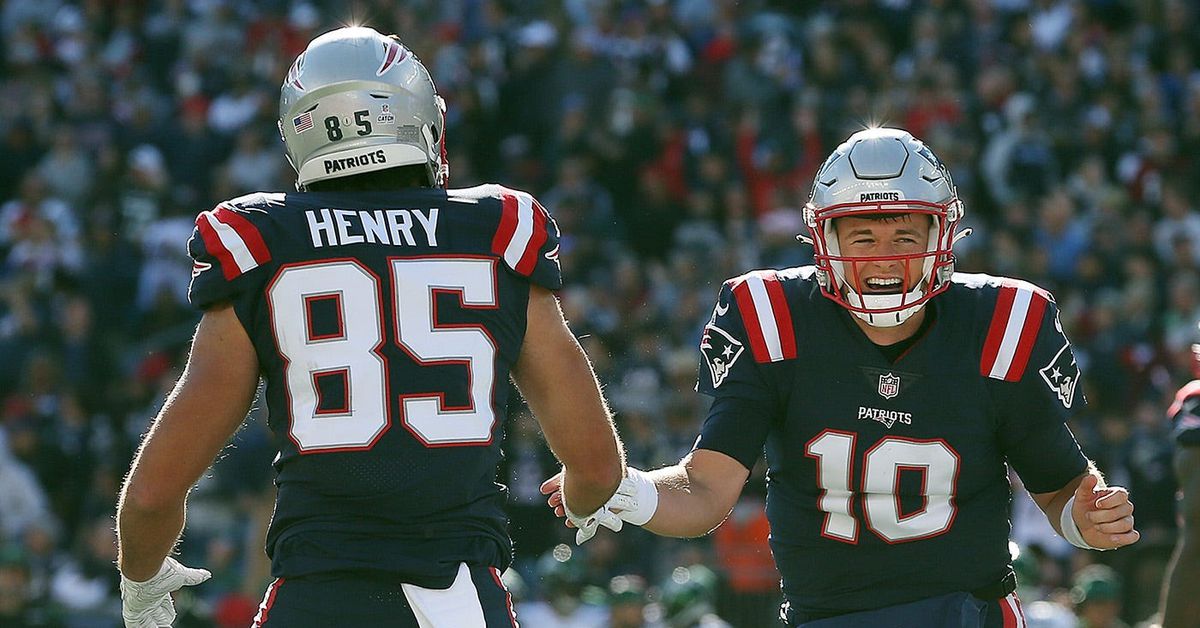 The idea the Patriots are actually good shouldn’t be some wild mystery on a conceptual level. This remains the best coached team in the NFL, that somehow can compete with any team in the league on any given Sunday. However, at the beginning of the season there was literally zero reason to think New England would be a threat in the AFC. Now, with the dust settling on the season’s 10th week, it almost feels like Bill Belichick is destined for another deep playoff run where the sky is the limit.

It’s not like Belichick’s legacy needed any more cement to make it stick. Hell, he could have retired five years ago and still comfortably be regarded as the greatest coach in NFL history, but there’s something to this 2021 team that feels monumental. Even the greatest detractors, those who hate the Patriots on a visceral level, crediting much of New England’s success to happenstance with Tom Brady and a system that attracted bright free agent talent at bargain prices, can’t deny that what the team is achieving in 2021 might be some of the most incredible work of Belichick’s tenure.

This was supposed to be a rebuilding year. Sure, the Pats spent big in free agency which was wholly out of character for the franchise, but still — looking at this roster top-to-bottom, there aren’t many standout talents you can point to and say “this is why New England are good.” Instead the team isn’t just surviving with its roster, it’s thriving. In eerie similarity to the 2020 Buccaneers, the Patriots are only getting better as the season goes on.

That sounds like hyperbole, I get it, but New England has won four games in a row. Their last loss was a narrow overtime affair with the Cowboys. This is an organization far better than its 6-4 record shows, and their 45-7 beatdown of the Browns on Sunday proves it. Now, as far as that comparison to the 2020 Buccaneers goes, consider this: Tampa Bay were 7-3 at the end of Week 10, with some pretty sketchy losses to the Saints and Bears. Heck, they were 7-5 at the bye week and didn’t look like much of a threat before they dominated the back half of the season, finished 11-5 and won the Super Bowl.

Do the 2021 Patriots have that potential? No, probably not — but they’re a lot closer than people want to give them credit for. Every aspect of this team is being maximized talent wise. Mac Jones is no longer simply managing games, but leading the team. On defense the Patriots are dominating, once again not even having a defensive coordinator, instead using a committee approach.

There is no logical reason a team rebuilding, with a rookie quarterback, having numerous players brought into the fold for the first time, should somehow be sitting at the back-half of the season feeling like one of the most talented teams in the AFC. Part of that is the inconsistent disaster the conference has been in 2021, but that’s taking a lot away from what Belichick and the Pats have achieved this season.

Hate them all you want, this team is for real.

Any time you break a Patriots QB you are going to get your props. On Sunday Jones became the first rookie quarterback in Patriots history to throw for three touchdowns in a game without an interception.

Those stats are impressive in their own right, but it’s far more about how Jones is leading the Patriots at this point. The stats might not show it, but he’s doing exactly what a Bill Belichick QB should. This is a team that relies not on boatloads of passing yards, but ruthless efficiency. It’s what Brady did so well for so many years. Yes, he was always near the top of the league in passing yards, but he routinely dominated in passer rating, and touchdown percentage.

Jones is excelling in these same ways and getting given more rope each week. You can tell Belichick and Co. wanted to ease Jones in and not overwhelm him too quickly, but the kid gloves are coming off and with more responsibility given to him, we’re seeing more potential to be a top-tier quarterback because of how he fits in the New England system.

Cam Newton’s first practice since returning to the Panthers was Friday. This effectively gave him two days of preparation for the Arizona Cardinals. On Sunday he scored two touchdowns.

Newton was used incredibly sparingly in his return for Carolina, and made the most of every second. More remarkably he completely changed the feeling of this Panthers team after only 48 hours. There’s a lot this could be ascribed to, but I think it’s because there’s finally some accountability and leadership from an offensive player. Sam Darnold is eating a lot of flack for being the cause of Carolina’s misfortunes, some of which are fair, but I think far more of the issue is because nobody on that offense felt the need to really try.

That’s an indictment of the coaching staff for sure, but whatever the reason for Carolina getting it together, fans won’t care if it means 34-10 wins over elite NFC competition like Arizona.

When Newton starts in Week 11 against Washington we could see the beginning of one of the great stories of the season.

I know Pete probably kept is challenge flag in the same pocket as his phone, but I love the idea of him fumbling around and just dumping his pocket contents on the field. It’s like a tourist dad freaking out that a parking meter is about to expire, digging around for a quarter like the meter will explode if it hits 0:00.

There are also so many questions raised by the flip phone. Is this his daily driver? A burner? Knowing Pete, did he once have a smart phone and ditched it because he was afraid it was reading his thoughts?

I really don’t know if the Chiefs have what it takes to make another run in 2021, and trying to glean too much by destroying a hapless Raiders defense is fool’s gold — but still, when you throw for 400 yards and 5 touchdowns, you’re going to get noticed.

This was without a doubt the Chiefs’ best defensive performance of the year, and it’s no surprise that when they can actually slow another team, Mahomes can win them games.

This is a work of art.

If you’re curious how the Lions and the Steelers tied, then look at this. The incredible, mind-boggling pointlessness of this football game was a sight to behold. Neither team appeared to really want to play football, instead they just played around for 60 minutes, punted a bunch of times, then called it even.

Dumb football is best football, and this was dumb as hell.

The legend of Mike White was entirely contrived out of desperation and wonder, and it all collapsed on Sunday. It’s so unfair to drag him too bad, because this was a guy who was never supposed to look like a franchise QB — but it’s a lesson that even when it appears the Jets have a nice thing, they never really have a nice thing.

White was garbage against the Bills on Sunday, which isn’t necessarily a surprise against one of the league’s best defenses. That said, throwing four interceptions and getting shown up by Joe Flacco doesn’t inspire a lot of confidence for the future.

What a remarkable slate of madness we had in Week 10 so far.

2021 has been a lesson in how you can’t believe in anything, and if you do, the world will always let you down. It’s given us the best NFL season in recent memory. I know that might be infuriating, but man, it’s a blast never knowing what the hell will happen from week to week, and hitting Week 10 still not really knowing who is actually good.

Unpredictability is a rare thing in sports, and we should keep cherishing the madness.