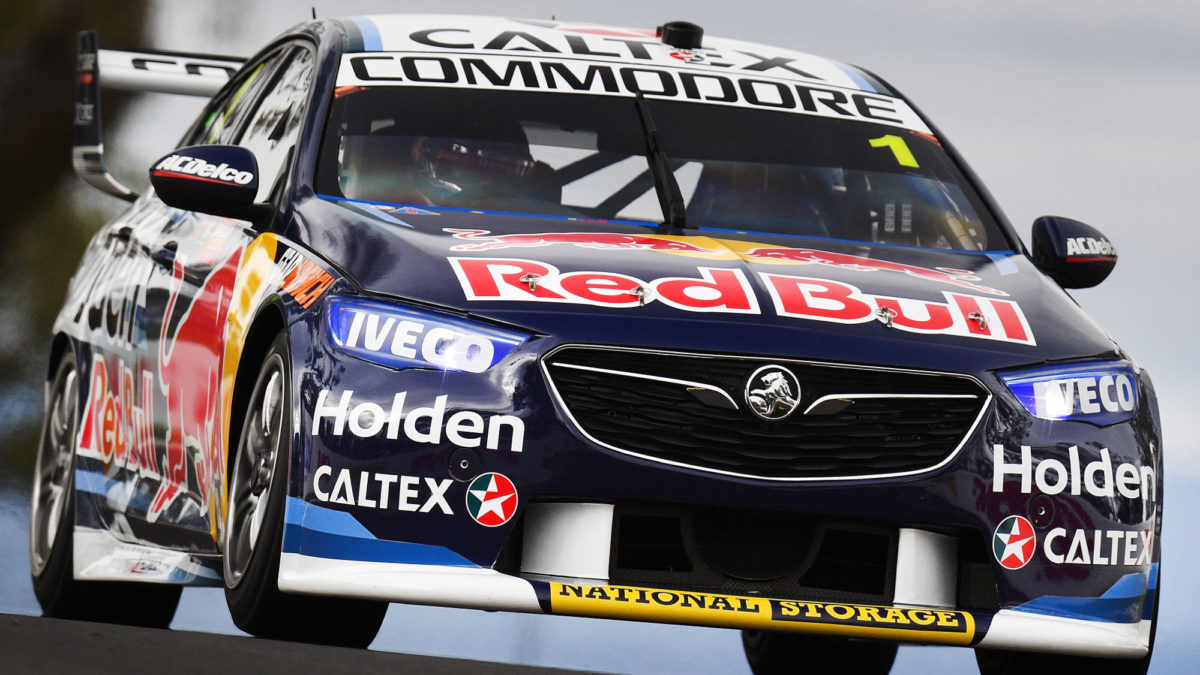 Three consecutive weekends of Supercars racing at Sydney Motorsport Park seems to have flown past, with so much unfolding across the nine sprint races contested thus far.

This being the final round of the three-race sprint format, ahead of the two-250km races next weekend, didn’t disappoint in delivering thrills, spills and some all-round exciting motorsport.

From further excellence from a Sydney standout, to a special maiden victory for a rookie, here are the talking points from the Sydney SuperSprint.

Excellent Anton trumps Red Bull in Race 26
A sixth career victory and a fourth win at Sydney Motorsport Park was achieved by Race 26 polesitter Anton De Pasquale, trumping the Red Bull Commodores in what was an incident laden affair.

The 26-year-old led off line, as teammate Will Davison was squeezed almost into the pit-wall by a rampart Jamie Whincup, who went to cover off the sister Shell V-Power Mustang for teammate Shane van Gisbergen.

Whincup then asserted himself back into second, though not for much longer as the championship leader made the move later at Turn 2 for second. This made the seven-time Supercars champ attempt an undercut by pitting early on Lap 11.

It did pay off temporarily for Whincup, as when De Pasquale took on a fresh four-tyres on Lap 16, the Red Bull Commodore had track position over the Shell V-Power Mustang. The superior grip of four new tyres however, saw De Pasquale round up Whincup late on the out-lap.

Van Gisbergen then with 15 laps to go had track position, taking on only two fresh tyres in his compulsory pit-stop. De Pasquale then delivered some déjà vu to the Red Bull camp, rounding up the 2016-Supercars champion heading into Turn 8.

Perfect timing for the polesitter, as the Safety Car was deployed on the following lap after Bryce Fullwood’s Commodore shut down at Turn 2. Vindicating the four-tyre strategy employed by Shell V-Power Racing instead of the two-tyre change at Red Bull.

With 11 laps to go, De Pasquale skipped away at the restart and kept van Gisbergen at arm’s length to the chequered flag – where he recorded a 1.8 second win over the Red Bull Commodore. Claiming as well that fastest lap of the race for an extra five-points.

Podium battle decided by a whisker
While De Pasquale romped to a second consecutive victory for the Sydney SuperSprint in Race 27, the battle for the minor placings on the podium behind him went down to a literal whisker.

Initially having fought with teammate De Pasquale wheel-to-wheel on the opening lap, Davison was set to settle in for a spot on the rostrum having made an early stop for two tyres.

However, Chaz Mostert and Jamie Whincup had other plans as the trio locked horns close to the end of the 32-lap sprint. The grip limited Shell V-Power Mustang fell to the Red Bull Commodore, while offering more resistance to the Appliances Online Commodore.

The entertaining three-way tussle saw Mostert at last demote Davison, while Whincup had bolted on up the road. The time lost in the 2014 Bathurst 1000 winner’s duel with Davison, also invited van Gisbergen into the fray.

Van Gisbergen had started Race 27 from eighth, following a three-place grid penalty for impeding Tickford’s Jack Le Brocq during qualifying. The rare mistake for the championship leader did result in him spending the first stint holed up behind Mark Winterbottom, before clearing the former champion following the compulsory pit-stop.

Now in fourth, van Gisbergen had the grip advantage in comparison to Mostert heading into the final lap. The thought was that the Appliances Online Commodore would hang on, however with his tyres squirming coming out of the final corner – the Red Bull got the better run.

The run to the finish line was essentially a photo finish, with the official gap between van Gisbergen and Mostert declared seventy-two thousandths of a second. Third for the Kiwi being celebrated like a win by the Red Bull outfit.

Pit-stop bungles continue at Erebus
Despite another excellent drive from rookie Will Brown in Race 26, a third consecutive pit-stop drama almost cost the Erebus driver what was a second career podium.

Coming in on Lap 16 for a full four-tyre change, Brown lost up to five-seconds with his mechanics halting him from re-joining the race until they were sure the front-left wheel was properly secured.

The pit-stop woes were cast aside however, upon the Victorian team’s combined battle with seven-time Supercars champion Whincup for a place on the podium. With the Red Bull Commodore having stopped earlier, the Erebus Commodore of Brown was much quicker in the second stint.

Teammate Brodie Kostecki assisted Brown in catching Whincup, making a nice pass on Will Davison in the other Shell V-Power Mustang. The Erebus cars then switched positions to allow the #9 entry take the opportunity to demote the Red Bull Commodore in third.

The call being made by Kostecki himself, allowing his teammate to have a crack at Whincup instead of it being a team order.

But Brown breaks through for maiden win
A thrilling conclusion to the Sydney SuperSprint and sprint racing itself in 2021 during Race 28, saw 23-year old Brown breaking through for his maiden win in the Supercars championship – beating out a pair of warring Red Bulls.

Becoming the 82nd different driver to have won in the history of Australia’s touring car championship, Brown held off both polesitter
Whincup and van Gisbergen in the dying stages of the 32-lap finale. Brown started the race by clearing De Pasquale, while Whincup led away from his teammate during the opening laps.

Of the leaders, Erebus pitted Brown on Lap 13 for two tyres before Whincup was in three laps later for a change of three tyres. Van Gisbergen of the trio had the freshest rubber, having pitted on Lap 19 for three tyres also.

Van Gisbergen was quick to dispatch the grip limited De Pasquale on Lap 21, while Whincup cleared Mostert before his teammate joined the train. Not long after, the Kiwi also dispatched the Appliances Online Commodore – then setting after the leading rookie.

The Erebus was staunch in its defence, despite having the oldest tyres of the top three and a call from the Red Bull garage to the seven-time champ to let his teammate through on Lap 25 went ignored. This earnt Brown the reprieve he needed to steer the car home, as Whincup and van Gisbergen traded paint in an epic teammate encounter.

“I thought if I could bank them up into each other, they’d dogfight against themselves,” said a triumphant Brown post-race in Parc Fermé.

Whincup in the end finished second ahead of van Gisbergen, who still holds a mighty 343-point advantage over his teammate in the championship – as well as a 32-point lead over De Pasquale in the Sydney Cup.

Tickford among the carnage
It is fair to surmise that Tickford have had a miserable run at Sydney Motorsport Park with a single podium finish, since the resumption of the Supercars championship after the last event run in July at Townsville.

Race 26 on Saturday offered no relief for the Victorian Ford squad, with all three of their Mustangs involved in incidents throughout the 32-lap sprint race.

On the opening lap, James Courtney who scored the sole podium for Tickford in Race 24, found himself close to being wiped out in the wall by a tap from Scott Pye. The former Supercars champion instead gyrating multiple times to save the Boost Mobile Mustang.

Then following the Safety Car with 11 laps to go, Cameron Waters ends up in the wall at Turn 8 after contact with teammate Le Brocq and Brad Jones Racing’s Todd Hazelwood.

Luckily for Waters, despite repairs being required overnight, he was able be a classified finisher in Race 26 – albeit down in twenty-second and behind Courtney.

Le Brocq was slapped with a pit-lane penalty for the incident with his Tickford teammate, which resulted in the departing driver to drop
down to nineteenth for the opening race of the Sydney SuperSprint.

In terms of the championship, the leading light in Waters has slumped to fifth and a whopping 692-points adrift of leader van Gisbergen.
The Sydney Cup run has been so dismal for Tickford that De Pasquale, who’s suffered five non-classified results in 2021 – is now a point behind the Monster Energy Mustang.