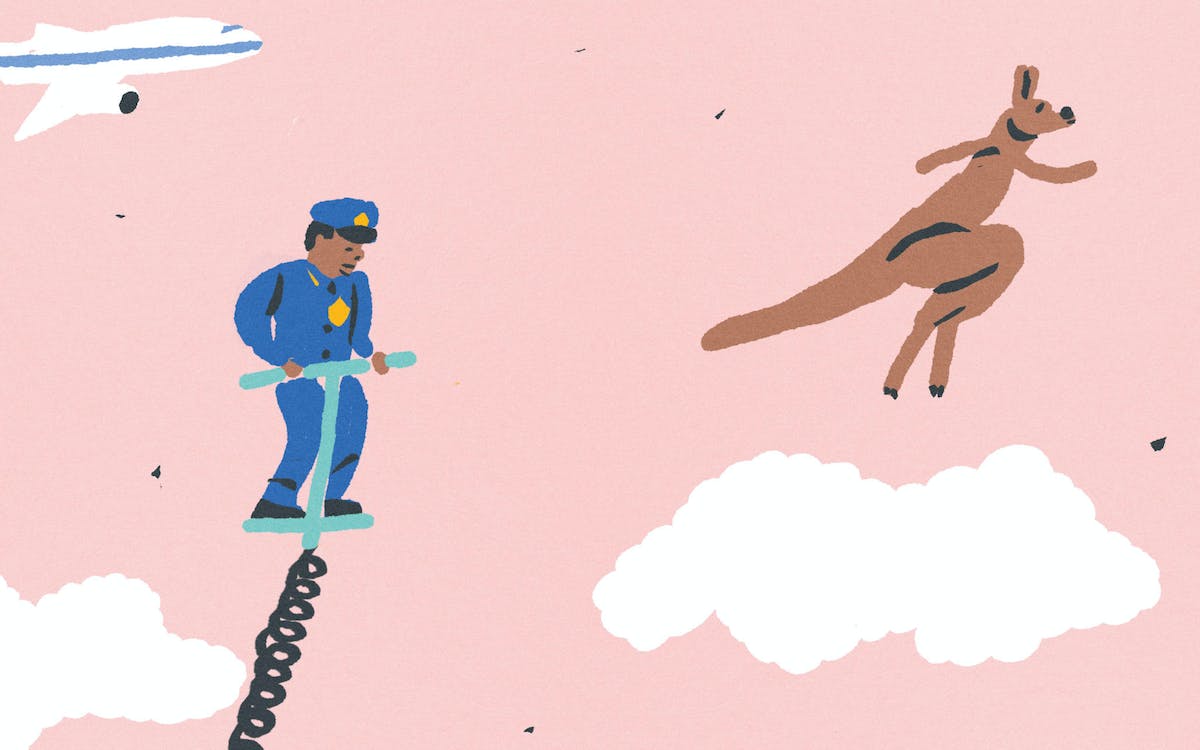 With the assistance of bystanders, deputies wrangled a kangaroo that was on the loose in Boerne and returned it to its owners.

When a couple at the Lubbock airport were informed that their luggage weighed five pounds over the limit, they opened their suitcase and found their chihuahua hidden in one of the husband’s boots.

A Tarrant County resident who posted videos of himself on YouTube constructing bombs and detonating them beside trees and a bridge pleaded guilty to possession of a destructive device.

A man received a citation for driving in a Harris County carpool lane accompanied by only a Halloween skeleton wearing a ball cap.

After struggling to find a nearby COVID-19 testing site, a man visited an out-of-network Lewisville emergency clinic and later received a statement saying he’d been charged $56,384, which his insurer negotiated down to about $17,000.

Police arrested a man who said that he killed several goats, lambs, and pigs raised by students at Mathis High School in order to break a curse he was under.

Three days after he got lost while chasing a dog down the street, a three-year-old boy was found safe in Grimes County woods about five miles from his home.

A park in Grapevine with 24,459 colored rocks set a new Guinness World Record for the largest display of painted pebbles.

A San Antonio man was sentenced to fifteen months in prison for falsely claiming on social media that he had paid someone with the coronavirus to lick items at local grocery stores, which he confessed was a ploy to scare off customers.

This article originally appeared in the December 2021 issue of Texas Monthly with the headline “Meanwhile, in Texas.” Subscribe today.