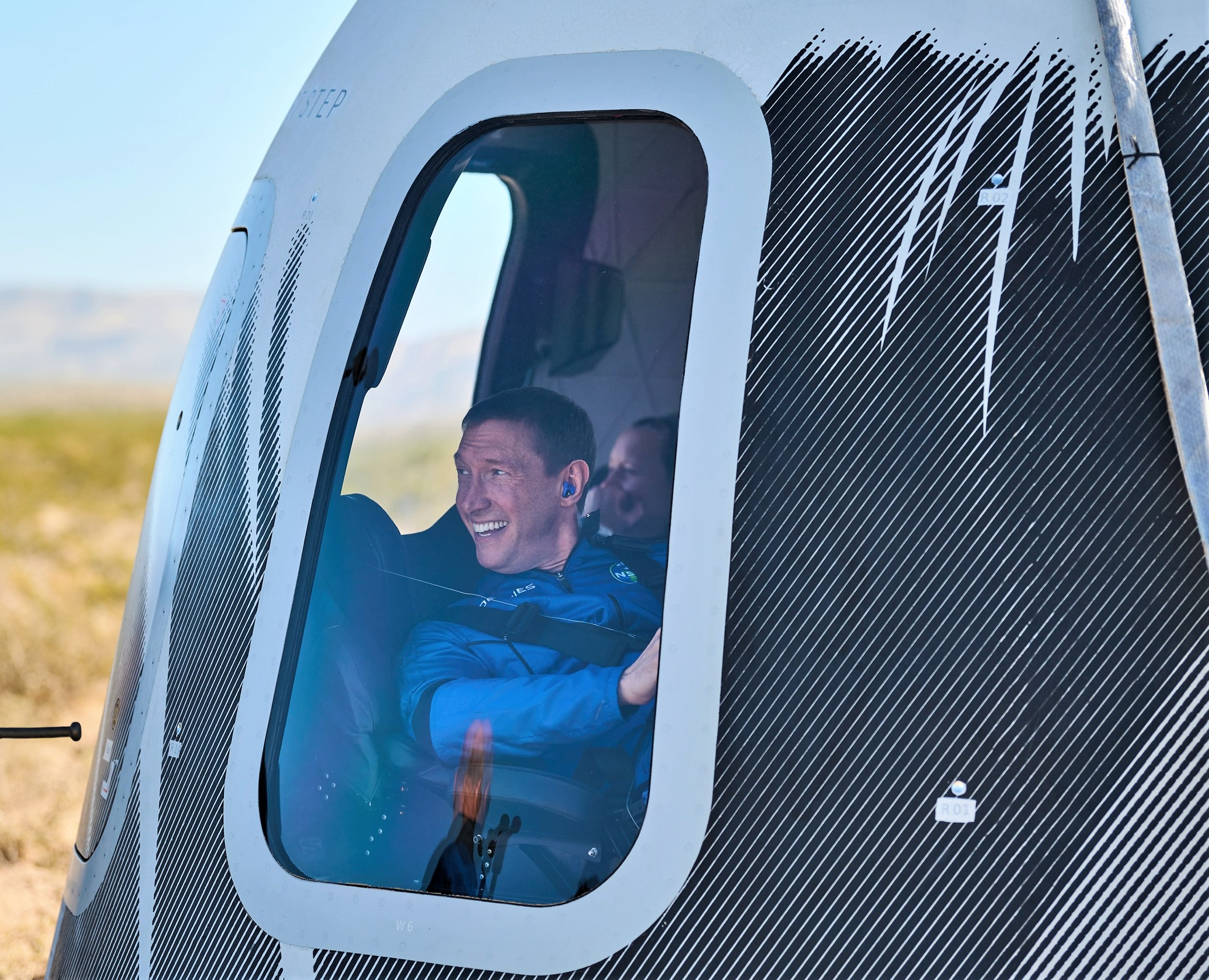 New Jersey State Police identified de Vries, 49, as one of two people killed on Thursday when their single-engine Cessna 172 went down in a wooded area shortly after takeoff from Caldwell, N.J. The other fatality was Thomas P. Fisher, 54, NJ.com quoted authorities as saying.

De Vries was the co-founder of Medidata Solutions, a medical software company that was acquired by Dassault Systemes in 2019 for $5.8 billion.

He bought a ticket for an undisclosed price from Jeff Bezos’ Blue Origin space venture to go on the company’s second crewed suborbital spaceflight in October – and trained alongside Shatner as well as Planet Labs co-founder Chris Boshuizen and Blue Origin executive Audrey Powers.

After the flight, de Vries told an interviewer at Carnegie Mellon University that he had dreamed of going to space for decades. “I’m excited to be some of the fuel, to use an aviation metaphor, that’s helping this thing take off,” he said.

He said he came back from the trip with a wider perspective on life. “The passage of time, just like the resources on Earth, feels more precious with expanded perspective,” he said in the CMU interview.

Information on the circumstances of Thursday’s crash was not immediately available. NJ.com reported that Fisher was certified as a flight instructor and that de Vries had a student pilot license.

In a tweet, Blue Origin said it was “devastated” to hear of de Vries’ death.

We are devastated to hear of the sudden passing of Glen de Vries. He brought so much life and energy to the entire Blue Origin team and to his fellow crewmates. His passion for aviation, his charitable work, and his dedication to his craft will long be revered and admired. pic.twitter.com/1hwnjntTVs

And in postings to Instagram and Twitter, Bezos said he and his girlfriend Lauren Sanchez were “heartbroken” at the news.

“Such a tragic loss,” Bezos wrote. “Warm and full of life, Glen made us laugh and lit up the room. He was a visionary, and an innovator – a true leader.”

Such a tragic loss. Warm and full of life, Glen made us laugh and lit up the room. He was a visionary, and an innovator – a true leader. Lauren and I are heartbroken and will remember the precious time we got to spend together. (1/2) pic.twitter.com/AYKCGIUQfD