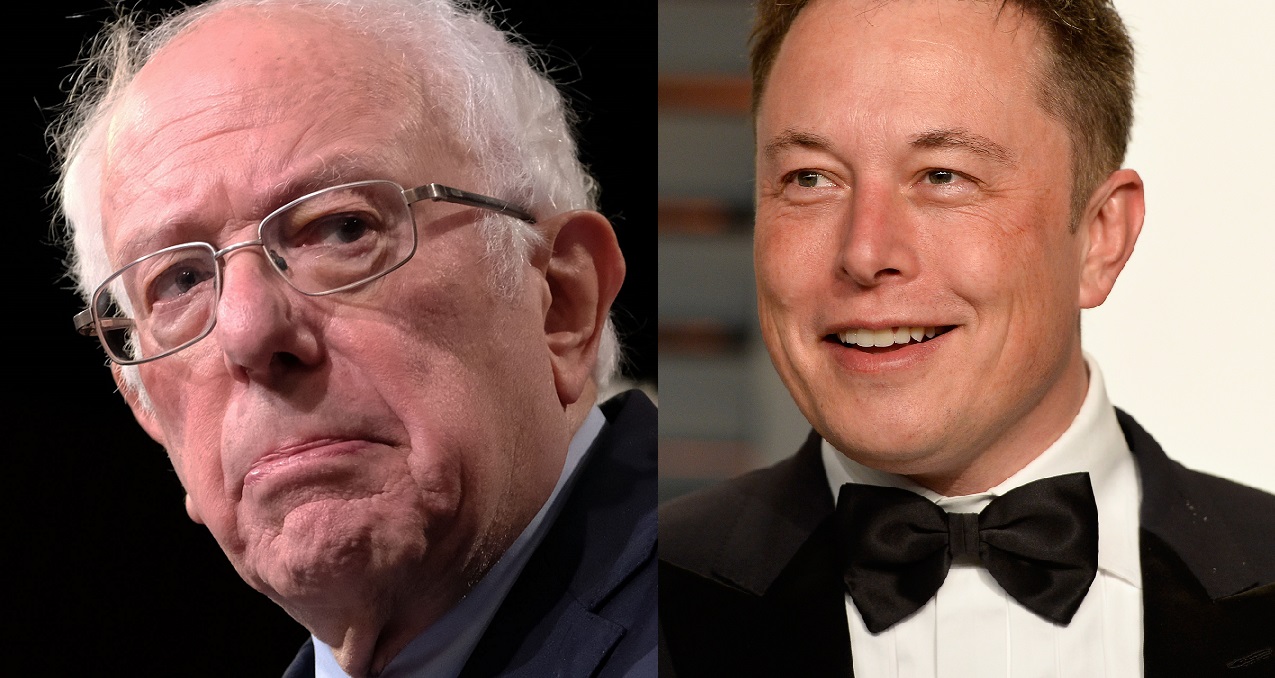 Billionaire Elon Musk mocked Bernie Sanders after the Vermont senator once again called for the “extremely wealthy” to pay their fair share of tax.

In a tweet on Sunday attacking the 80-year-old, the Tesla and SpaceX CEO said “I keep forgetting that you’re still alive” in a reply to a post from Sanders.

The comments from Musk were condemned by many on social media.

Sanders, a two-time presidential candidate hopeful, has long called for an increase of taxation on billionaires like Musk and Amazon CEO Jeff Bezos.

In a November 6 tweet, Musk said that he would sell 10 percent of his Tesla shares to avoid accusations of tax avoidance if users of the social media platform voted to approve in a poll.

“Note, I only have stock, thus the only way for me to pay taxes personally is to sell stock,” he added.

More than 3.5 million people took part in the poll, which 57.9 percent saying Musk should sell 10 percent of his Tesla stock,

Musk is reported to have sold more than $6.9 billion worth of shares in the electric car company as of this week, according to Reuters.

This is not the first time that Sanders and Musk have taken swipes at each other on social media.

In March, Musk responded to a CleanTechnica article on Twitter that described Sanders’ attacks on the SpaceX CEO over his vast wealth on space travel as “truly ridiculous.”

The article cited one tweet in particular from Sanders which stated: “We are in a moment in American history where two guys — Elon Musk and Jeff Bezos — own more wealth than the bottom 40% of people in this country. That level of greed and inequality is not only immoral. It is unsustainable.”

In a comment to CleanTechnica’s account, Musk tweeted: “I am accumulating resources to help make life multiplanetary & extend the light of consciousness to the stars.”

In a reply to his 15.3 million followers, Sanders said: “Space travel is an exciting idea, but right now we need to focus on Earth and create a progressive tax system so that children don’t go hungry, people are not homeless and all Americans have healthcare.

“The level of inequality in America is obscene and a threat to our democracy.”