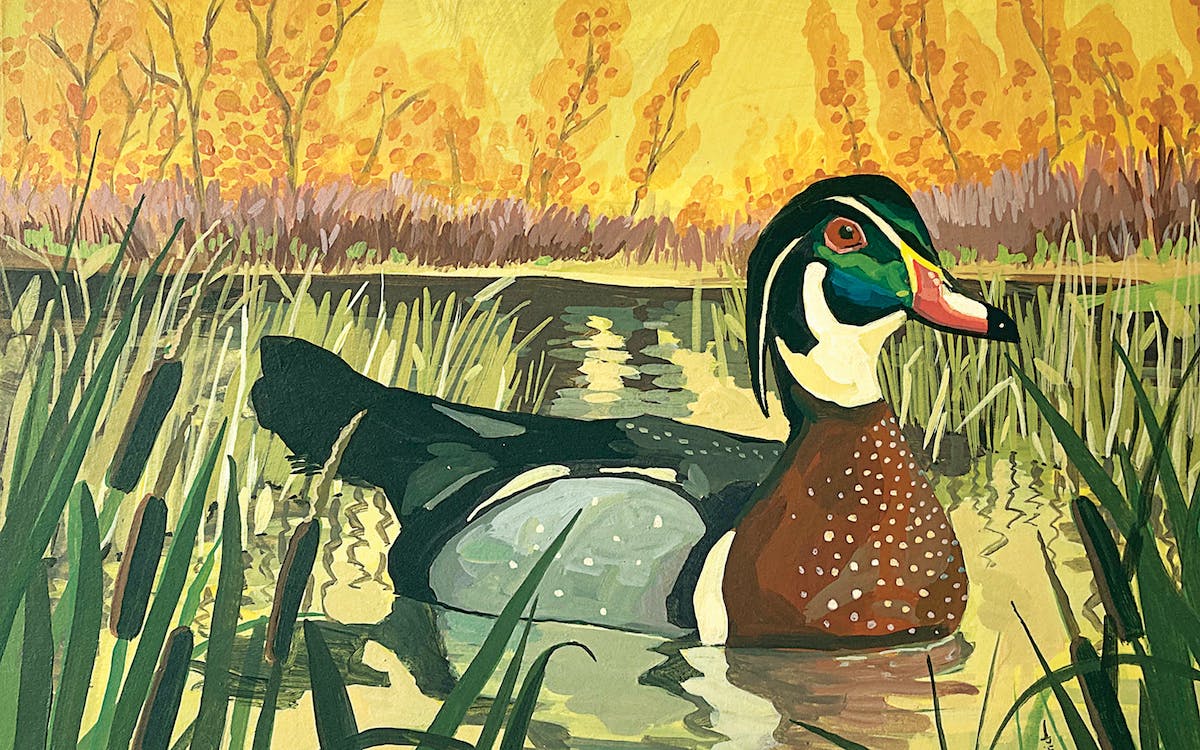 The male wood duck, with its head of iridescent green and its dappled chestnut breast, is stunning to behold: a wildlife painting come to life, gliding gracefully through the forest. Wood ducks reside near streams and lakes in North and East Texas, which is also where you’ll find the much larger but similarly hued mallards, the nation’s most common duck. For hunters who covet these birds, Gus Engeling Wildlife Management Area, northwest of Palestine, is a good bet. The public reserve boasts thousands of acres of bottomland forests and wetlands, all traversed by slow-moving creeks and whistling with ducks.

When redhead ducks bombard the Texas shoreline in mid to late January, often by the hundreds of thousands, they look less like a flock of birds and more like storm clouds rolling in. “It’s like a tornado of redheads,” says hunting and fishing guide Sally Black, co-owner of Baffin Bay Rod and Gun, in Riviera, an hour south of Corpus Christi. Her clients hunt along some of the most remote coastline in Texas, where ducks hop between the salt water of the Laguna Madre and the freshwater ponds of the storied King and Kenedy ranches.

Blue-winged teal love to dabble around the rice farms on the marshy prairies near Houston. But when they fly at sunrise, don’t blink or you’ll miss them. These birds are small and swift, hence their nickname: rice rockets. For hunters averse to cold weather, there’s an early teal season in September, when the birds pass through on their way south for winter. Missed the early season? Teal zip back across the state starting in January.

This article originally appeared in the December 2021 issue of Texas Monthly with the headline “Duck, Duck, Duck!” Subscribe today.