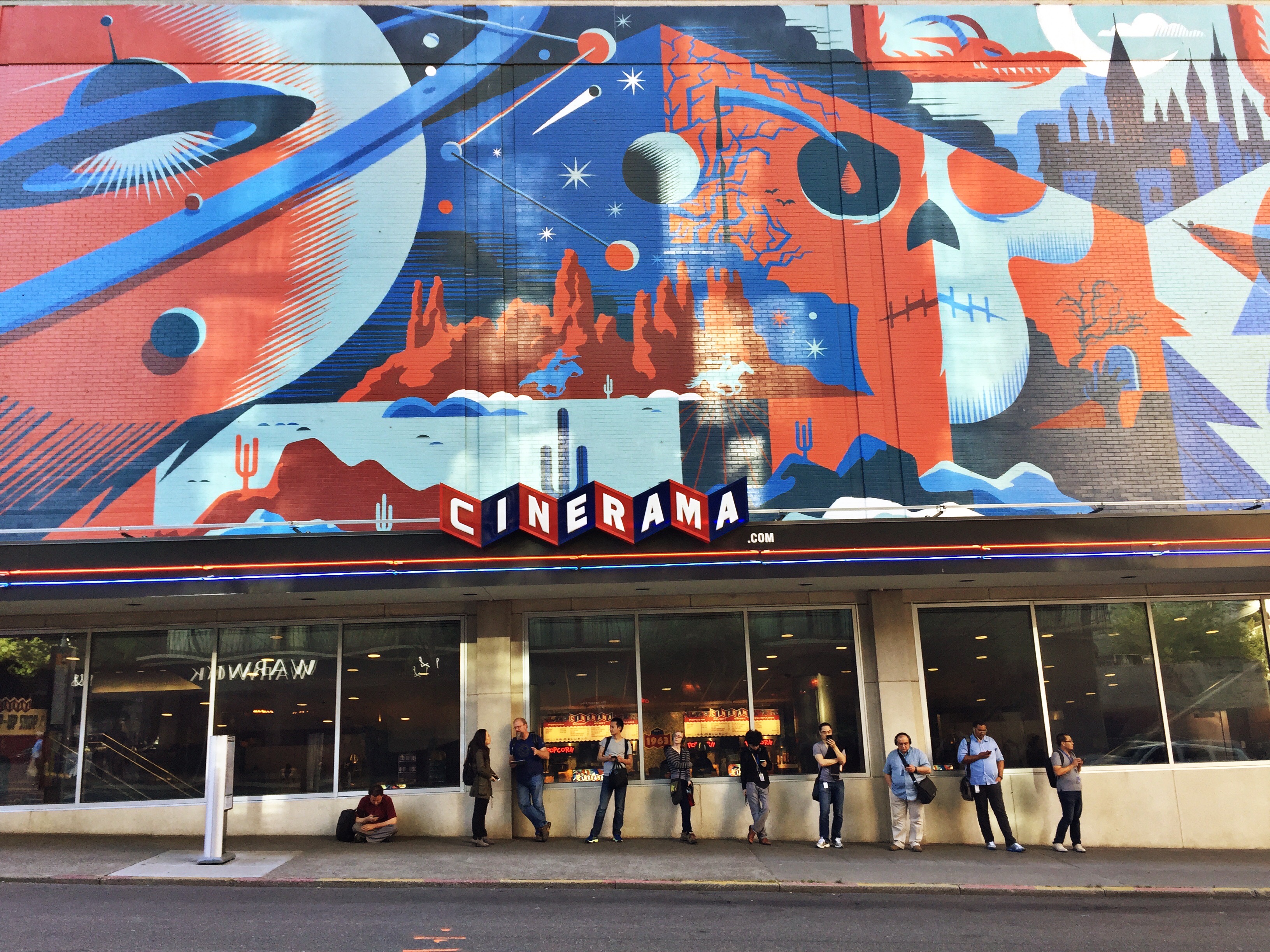 SIFF, the nonprofit that champions film and the movie-going experience in Seattle, is joining the call to save the Cinerama, the historic movie theater that has been in limbo for almost two years.

In a statement to GeekWire on Friday, Seattle International Film Festival said that it was aware of a recent petition to save the theater, that it supports the idea of preserving the site as a historical landmark and that it would love to see the Paul Allen estate continue to invest in the Cinerama until it decides to either reopen it or sell it.

SIFF, which runs its own theaters as well as the city’s film festival and educational programs, said it would be “well-positioned” to maximize the potential of the Cinerama, but that it would need additional funding or investment, especially as it, too, emerges from the effects of COVID-19 closures.

The 53-year-old theater in Seattle’s Belltown neighborhood has been closed since February 2020 when it was slated to undergo minor renovations. Three months later, in May 2020, as the pandemic took hold and businesses everywhere closed their doors, the Cinerama was shuttered “for the foreseeable future,” and it stays that way today.

Other cultural institutions run by Allen’s Vulcan Inc. have suffered a similar fate since his death in October 2018. Living Computers: Museum + Labs has also been closed, and Vulcan Productions and Vulcan Arts & Entertainment were both permanently shut down in March 2021.

Allen, the Microsoft co-founder who became a cultural and philanthropic hero of sorts in Seattle for championing arts, music, sports and more, purchased the Cinerama in 1998. The billionaire turned the already unique movie house into a technological marvel with investments in its projection, sound and overall experience.

As more businesses reopen and more people get vaccinated, movie theaters are starting to see a box office rebound.

Vulcan this week told GeekWire that it had nothing new to share on when or if it will reopen the Cinerama. The petition to save the theater has attracted more than 5,200 signatures.

Here is the full statement from SIFF:

The Cinerama holds a prominent place in Seattle film history. It has been around nearly as long as the Space Needle and has screened thousands of films for Seattle movie lovers, including many in partnership with SIFF. Over the past 20 years, the investments made by Paul Allen, and later his estate, have made it one of the most unique theaters in the country, home to some wonderful festivals, and a spectacular movie-going experience.

We are aware of the petition that has circulated on behalf of the Cinerama and we share the petitioners’ request for investment in the theater’s future and its protection.

SIFF enthusiastically supports the idea of Historical Designation to protect the Cinerama from demolition and to preserve this piece of Seattle film history.

We would love to see the Paul Allen Estate continue to invest in maintaining the theater until they determine to sell it or re-open it.

Certainly, maintaining a facility like the Cinerama requires resources, so if the estate chooses to sell the Cinerama, it would be wonderful to see another organization take up the mantle and continue to develop the theater’s role in Seattle’s film culture.

SIFF would be well-positioned to maximize the facility’s potential, but, as a nonprofit organization reemerging from COVID closures, would need additional funding or investment to take on the operations of an additional theater.

SIFF is excited to see a return to the in-person film experience – and we’re certainly hopeful that the Cinerama will be a part of that return.