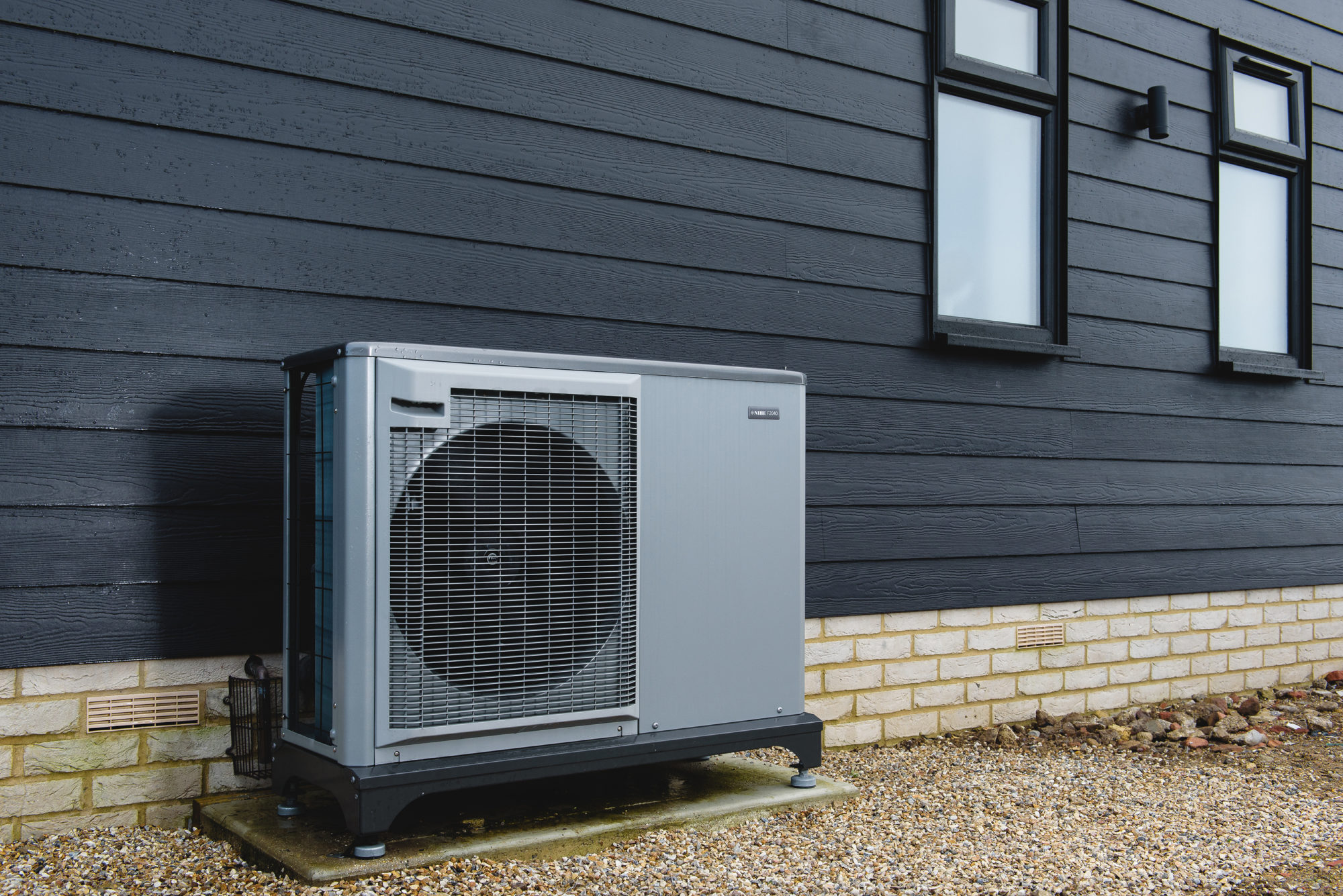 The move to provide home heating and hot water by this method is part of a Government strategy aimed at making deep cuts to greenhouse gas emissions and decarbonizing the UK’s power sector by 2035.

Prime Minister Boris Johnson says the scheme was designed to bring low-carbon heat pumps to a similar price as gas boilers, currently the most widely used heat source across the country, but they are running on natural gas, a fossil fuel made mostly of methane.

Methane is harmful to the atmosphere and contributes to climate change. But what exactly are heat pumps and should landlords consider fitting them to rental properties?

An air source heat pump looks like a large air conditioning unit on the outside of buildings, and it works a like a fridge in reverse. It uses electricity (which costs more than mains gas) to extract energy from the outside air and warm it up with a compressor. It then pumps this heat through your radiators. A ground source system works on the same principle but it uses underground water pipes to extract heat from the earth.

They are said by some to be the frontrunner to replace gas boilers over the coming decades as the country moves towards net zero. The Government has set a target for 600,000 of the devices to be installed each year by 2028, while gas boilers will be phased out.

Its a controversial decision

The decision to push heat pumps however has proven controversial, with many homeowners and experts not supporting the upcoming gas boiler ban, and some experts doubting the efficacy of heat pumps, that’s according to research by home heating experts, “Boiler Guide”, a private network of both gas and heat pump engineers.

The Government’s drive to offer homeowners £5,000 to make homes more energy efficient by replacing their gas boilers with heat pump greener technology could leave landlords and tenants out in the cold, some experts have warned.

The grant is part of the Government’s plans under its Heat and Buildings Strategy with the “Boiler Upgrade Scheme” to completely phase out gas boilers by 2035. But there are detractors and it’s even been suggested that the move could result in another major mis-selling scandal.

Ministers have stressed that homeowners will not be forced to rip out their existing gas boilers, but will they will be unable to buy a replacement after that date.

It’s been confirmed that landlords and other home owners in England and Wales will be offered the subsidies of £5,000 from April to help replace old gas boilers with heat pumps, but the fund will be limited, and should landlords even consider the move?

The technology is evolving, likely to improve significantly and costs will fall in the coming years, but so far heat pumps have had a mixed reception. You only need to go online to see the negative comments and about poor experiences some people – the trailblazers of this technology – have had.

Here are some reasons why it would be prudent to wait before investing thousands into systems that might struggle to heat homes adequately:

Although the Government is offering grants of £5,000 to help people switch to heat pumps, it has earmarked just £450m to fund the scheme – it means only 90,000 homes will get funded.

2. If heat pumps do prove to be the better solution to providing alternatives to gas boilers, better technology will become available in the future. The Boiler Guide estimates that around 32,000 heat pumps were installed in Britain in 2020, well below the Government’s 600,000 target, and a drop in the ocean compared to the 1.6 million gas boilers fitted over that same period.

3. Heat pumps have widely different characteristics to gas boilers, being much slower to bring a home up to temperature. A heat pump will only heat the water to a maximum of around 65C, compared to the 75C of a gas boiler, which means that not only will they take longer to warm, people will need to get used to this lower temperature system. Some tenants will not adapt well, hence it could be a constant source of landlord-tenant friction.

These devices work at lower temperatures, they will struggle to get and keep a house warm without top notch insulation and draft proofing. So any landlord contemplating one of these systems, if they want to avoid constant complaints from tenants, needs to consider the cost of thoroughly insulating the property first.

There are said to be around 25 million homes in Britain with inadequate insulation, many of which will be rentals, and bringing a poorly-insulated home up to scratch will cost thousands of pounds. For most people, that cost on that on top of the heat pump installation just does not make economic sense.

4. They don’t suit every situation. Most houses can find space for an air source heat pump, but flats may struggle to find the necessary outside space for the pump cabinet, which is quite large. Ground source heat pumps on the other hand require a suitable strip of land.

Heat pumps need a large indoor cylinder, something most modern houses have done away with when a combination boiler is installed. Most people won’t want to lose their shower to a heat pump cylinder! Small flats and even houses may lack the indoor space required for the hot water cylinder – a large closet type cupboard is needed. Also, because the system runs cooler, larger radiators are needed. These systems suit underfloor heating best.

5. Air source heat pumps are noisy. The outdoor cabinet houses a large electrically driven fan which generates a considerable amount of noise when working, especially in cold weather, and fans just get noisier as they age. This can potentially annoy neighbours.

6. Running costs and payback. The saving in gas usage is somewhat offset by the increased electricity bills – electricity is much more expensive than gas – so overall there may be little by way of running cost savings.

7. Being new technology, there are a limited number of firms and engineers with the right level of expertise both to properly survey a property and install a correct system, and repair it if it goes wrong.

There are many nightmare stories where an expensive heat pump system has been inadequately matched to the property, or it is unreliable, and where repeated calls for improvements fail to get met, and even instances where installer firm has gone bust in the meantime.

Fuel of the future

This all seems rather negative from me. Some people have heat pumps and they are very happy with them. But the must meet the exacting requirements discussed above.

Given time and experience heat pump technology will be refined and improved, but so far even Government ministers have admitted that they are “still in their infancy”. In the meantime, other forms of technology are coming along, such as Hydrogen (H2) gas and Bio-propane gas, which may eventually prove a better and cheaper option.

My advice to landlords would be to hold off until the dust settles. There’s still plenty of time to adapt your property before the boiler ban and your money is better spent in the meantime bringing your rental property up to modern insulation standards, your tenants will appreciate that.

I recommend you listen to this video by Martyn Bridges, Director of Marketing and Technical Support at Worcester Bosch Group