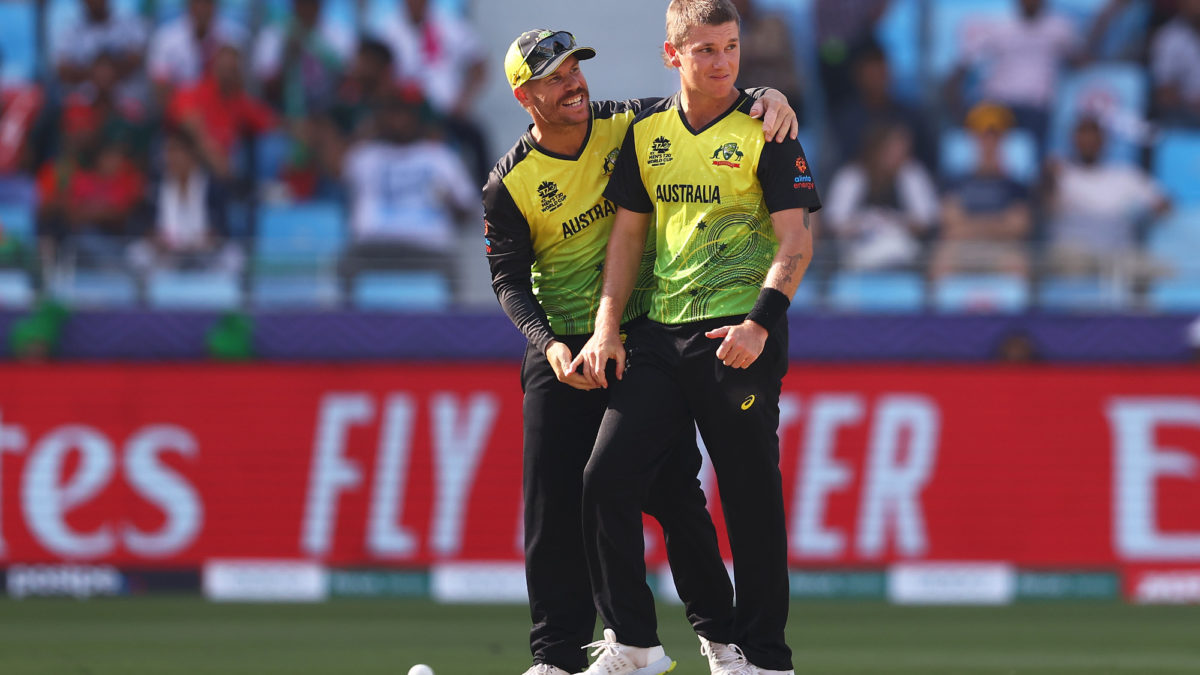 While the plaudits for Australia’s T20 World Cup semi-final victory over Pakistan have deservedly gone to Matthew Wade and Marcus Stoinis, Adam Zampa once again reaffirmed his world-class standing.

Stoinis and Wade, who cracked three sixes in a row off Shaheen Afridi to end the game, shared a crucial 81-run partnership that guided Australia past Pakistan’s total of 176 with an over to spare on Friday morning (AEDT).

Zampa’s work in the first innings didn’t steal the headlines but was just as important.

The leg-spinner inched closer to man of the tournament honours with a return of 1/22 at a match-low economy rate of 5.5 runs per over to stem Pakistan’s momentum at a crucial time.

The 29-year-old, who has taken the second-most wickets for the tournament with 12, removed Pakistan captain Babar Azam (39 off 34) for Australia’s first breakthrough in the 10th over.

While Zampa has enjoyed bigger hauls in recent times – namely his exceptional 5/19 against Bangladesh, the best figures of anyone at this year’s World Cup – the spinner’s latest performance drew plenty of praise on social media.

Adam Zampa is the first Aussie spinner since WW 2 to be the best bowler of his team, be it any format.

Even during the Shane Warne’s era, McGrath was the better bowler.

Adam Zampa is now a world class T20 leggie. Marcus Stoinis worked all winter on his power hitting & strike rotation, knowing that would be his role in Dubai at 6. Look at them go. ⭐️ ⭐️ @FoxCricket #T20WorldCup https://t.co/35mUjAVczF

Twenty20 cricket is often thought of as a batter’s game, but Zampa and his fast-bowling colleagues have been the backbone of Australia’s surge to Monday’s final against New Zealand.

Aust have only one player (Warner) in the tournament’s top 25 run-makers. Three (Zampa, Star, Hazlewood) in the top 25 wicket-takers #T20WorldCup

And though Zampa has been a core member of Australia’s white-ball teams for some time now, he is now arguably one of the most integral cogs.

As well as being able to change the course of a match with a much-needed wicket, Zampa has maintained an outstanding economy rate of 5.69 across six World Cup matches so far.

He earned a glowing appraisal from captain Aaron Finch in the lead-up to the Pakistan match.

“I think Zamps’ biggest strength over his career is that he’s been able to get good players out on good wickets consistently and that’s a great skill to have,” Finch said.

“He hasn’t surprised any of us one bit. We’ve seen how good he is. But it just comes down to him being a really good bowler – there’s nothing more to it than that.”

Matthew Hayden, the great Australian opener who is working with Pakistan as a batting consultant, encouraged Fakhar Zaman to target Zampa in the semi-final.

Fakhar ended up blasting 55 off 32 balls, but facing Zampa he was content to rotate the strike in an indication of just how tricky it is to get the leggie away.

In fact, aside from a two and a six to Mohammad Rizwan in consecutive balls, Zampa only went for singles in his four overs, showing impressive control in a craft where accuracy is tough to master.

He may not turn the ball as sharply as the great Shane Warne – very few can – but Zampa has honed his match-winning qualities through subtle variation and clever thinking.

For the Aussies to knock off New Zealand and secure their maiden T20 World Cup trophy, they’ll need Zampa nailing his role one more time.

And if he can do that, he just might take home the player of the tournament award too.