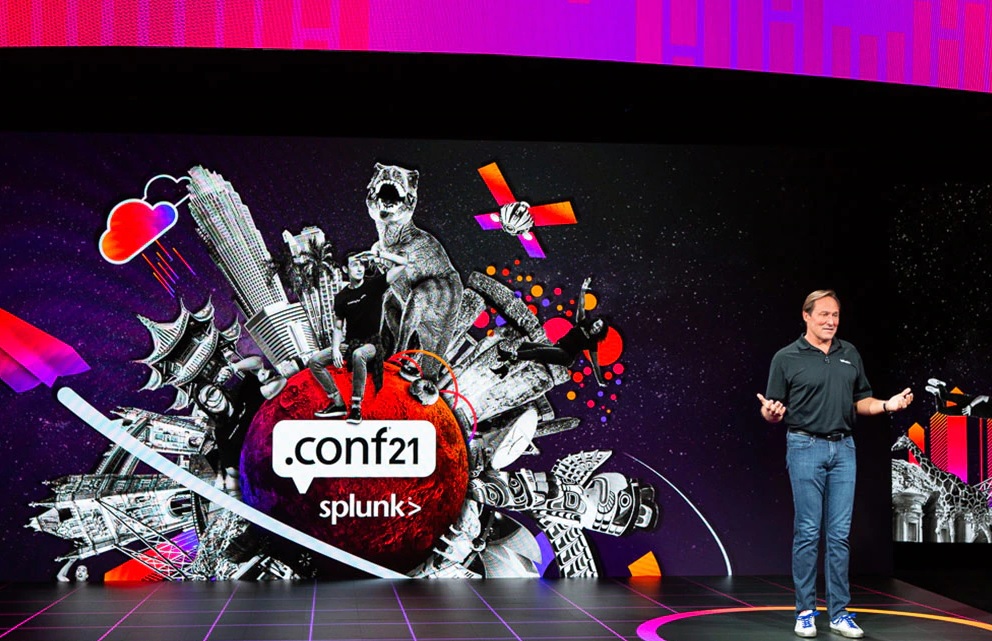 There is a big difference between $300 million in annual revenue, which was Splunk Inc.’s high water mark in 2014, and $3 billion, which is what the firm is expected to generate this year.

Splunk’s significant business growth in less than a decade has been fueled by an expanding cloud database market and multicloud data access.

Here are five insights you might have missed from theCUBE’s extensive .conf21 coverage. (* Disclosure below.)

1. Virtual and augmented reality are dead … no, wait … they’re back

When virtual reality is described as “dying a lonely death” and augmented reality is characterized as being in a “long and painful” awkward phase, it generally does not bode well for the future of those technologies. Yet, this year has brought a flurry of activity in the VR and AR space, breathing life into an industry that has offered much promise but few results so far in the world of emerging tech.

The recent rebranding of Facebook Inc. into Meta spotlights the social media giant’s Oculus VR platform, with reported plans to open retail stores for VR and AR merchandise. Apple Inc., which has been quietly building AR functionality into the iPhone for years, is rumored to be preparing a VR/AR headset for release next year.

Microsoft Corp. has plans to migrate Teams into a VR/AR tool in 2022. Nvidia Corp. has continued to add new features for its VR/AR Omniverse collaboration and stimulation platform, which now has 700 companies and 70,000 individual creators.

In Splunk’s “Emerging Technology Predictions 2021” whitepaper, the company noted that VR/AR’s breakthrough application will be immersive collaborative communication. Splunk has developed its own AR platform for remote collaboration, and this remains an area of deep interest to Ernst & Young Global Ltd. in its partnership with the company.

“We’re getting into AR and VR technology,” said Tony Pierce, senior manager of cybersecurity at EY, during an interview with theCUBE. “I would love to get to a point where you can just take your camera, scan the QR code on the device, and then pull up AR and it runs all of the diagnostics.”

Splunk’s partnership with Intel Corp. involves the integration of Splunk’s data analytics capabilities with Intel’s OpenVINO platform to develop applications based on visual data. As an open-source toolkit for optimizing and deploying deep learning models onto Intel platforms using an inference engine, OpenVINO is designed to develop a wide range of computer vision applications.

OpenVINO has already found its way into a number of industry use cases. It powered real-time inference of nerve image ultrasounds for Samsung’s Medison technology and provided video security monitoring when the 2018 World Cup was held in Russia.

The toolkit also represents an example of how recently hired Intel CEO Pat Gelsinger is putting “geek” back into the legendary chipmaker. The message is that software will be just as important to Intel as hardware, and the collaboration with Splunk on the integration of its data analytics solutions is testimony to this new dynamic.

“It’s just a great example of the strategy that our CEO recently talked about, the importance of software to our business,” said Rick Echevarria, vice president of the Sales and Marketing Group and general manager of the Intel Olympics and Paralympics Program at Intel, during a conversation with theCUBE.

“It’s the ability to capture, to ingest, to analyze the data and to do that on an infrastructure that is going to scale with your business, that is going to be reliable, and that is going to give you the flexibility for the types of solutions that you’re wanting to apply. That’s really what the Splunk collaboration with Intel is going to do,” Echevarria said.

3. Acquisition of TruStar provided key piece of the threat analytics puzzle for Splunk

Splunk Chief Executive Officer Doug Merritt has stated that security is a data problem, and his company’s activity in recent years has followed this belief. Splunk has invested in a number of acquisitions to extend its security portfolio, the most recent being the purchase of TruStar Inc., a cloud native firm with a data-centric intelligence platform, in May.

“This year, Splunk acquired TruStar so that we can bring in rationalized, multiple sources of threat intelligence and apply that both to our analytics and operations, so you have broader insights from the security community outside of Splunk,” said Jane Wong, vice president of security products at Splunk, during an interview with theCUBE. “That intelligence can really help speed both detection and response.”

Splunk moved quickly to assimilate TruStar’s technology into its portfolio of security offerings. At October’s .conf21, the company introduced an integration between Splunk Enterprise Security and threat intelligence insights and alerts gained through the TruStar acquisition.

Splunk is fine-tuning its Security Information and Event Management platform to focus on user behavior and look for signs of suspicious activity and security techniques that have gained more attention in the enterprise world. One of the groups believed to be responsible for the devastating SolarWinds breach a year ago used credential stealing as part of the attack. Microsoft recently issued a warning that the same group is now targeting the IT supply chain.

Halfway through an interview with Brian Berg, principal director for Applied Intelligence Group at Accenture PLC, the conversation turned to the state of cloud computing in Europe. Accenture has recently completed a study of cloud adoption among European enterprises, and the conclusion is inescapable: There is a major cloud gap building overseas.

According to Accenture, while 100% of European companies have adopted basic cloud as a model, the vast majority of firms view the cloud as shared, public data centers that can reduce costs. Those viewing the cloud as a critical enabler of advanced digital capabilities to meet business goals are a small minority.

“You already see the difference between Europe and the U.S. It’s much lagging behind in terms of understanding the data in your cloud to create new business opportunities and new business value for customers. The cloud journey is a very complex task, a complex journey, and you are ending up very often in new silos,” Berg said.

Splunk’s SURGe initiative is noteworthy as much for who is running it as for what it does.

SURGe is a novel security research team focused on solving big security issues using Splunk tools to help customers respond during fast-breaking, large-scale cybersecurity events. It was formed in the aftermath of several high-profile breaches when the company’s security strategists realized that a serious gap existed between detection and response.

Leaders of the SURGe initiative were also frustrated by what they saw as cybersecurity’s “ivory tower” philosophy where infosec “wizards” only talk to one other and fail to bring different backgrounds and viewpoints into the conversation. That model is different with SURGe.

“What’s different about our team is we’re not only thinking differently, we’re hiring differently,” said Ryan Kovar, distinguished security strategist at Splunk, in an interview with theCUBE. “We have people with threat intelligence background from the White House. We have another researcher who did 10 years at DARPA in security research and development. We recently hired a former journalist who made a career pivot into cybersecurity; she’s helping us review the data and what people are facing and come up with a real connection to make sure we are tackling the right problems.”

Watch the SiliconANGLE’s and theCUBE’s complete coverage of the Splunk .conf21 Virtual event. (* Disclosure: TheCUBE is a paid media partner for Splunk’s .conf21 Virtual conference. Neither Splunk Inc., the sponsor for theCUBE’s event coverage, nor other sponsors have editorial control over content on theCUBE or SiliconANGLE.)