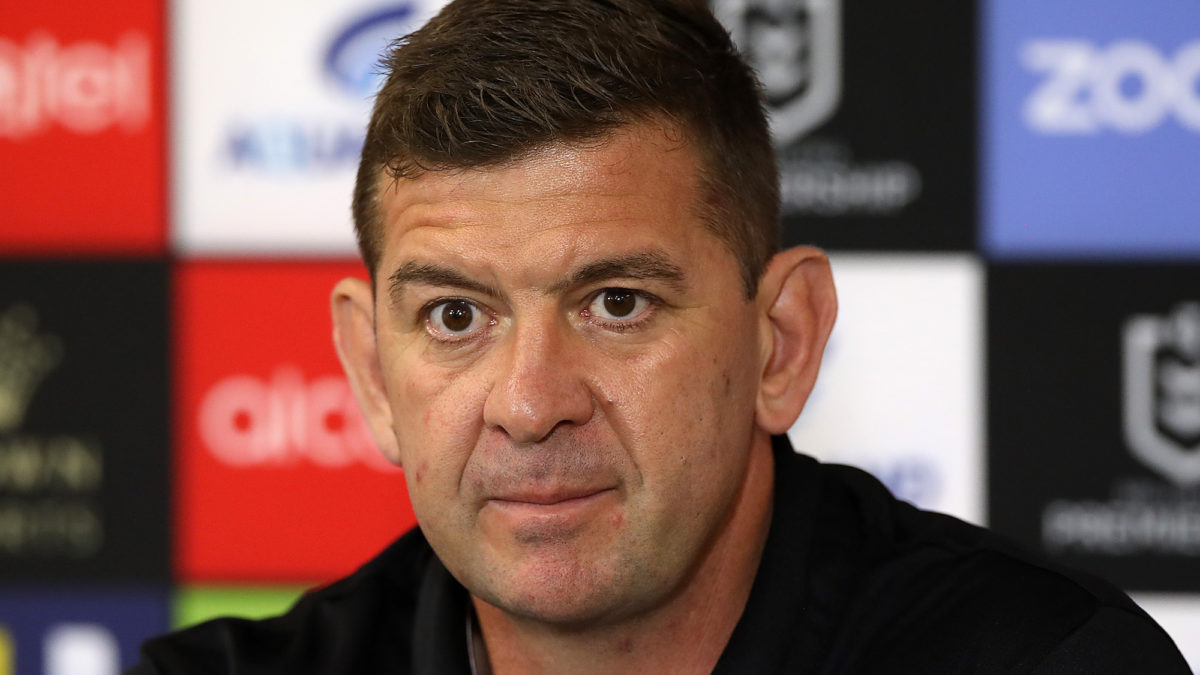 All sports thrive on hoodoos, suspicions, juju and old chestnuts.

Where would we be without them? As far as suspicions go, we all remember Steve Waugh’s lucky red hanky. There are countless players who feel that they’re tempting fate unless they put a certain boot or sock on first before every game.

There are some who can’t seem to play these days without having some hopefully inspirational message taped on their wrist, while others who insist on running out on to the field either last or in some other specific position every week.

The most memorable suspicion I encountered was a Pommy front rower who I played with nicknamed ‘Headbutt’, and for good reason. His suspicion was to never, ever shower after a game, and nobody ever plucked up enough courage to mention it to him at the post-game drinking sessions.

Best of all though are the hoodoos. The old chestnuts that seem to continually prove to be true despite having no logical basis. You know how it goes, some teams can’t win at certain grounds, some players never lose against certain opponents, or one coach never wins against another coach.

But what I want to talk about are the hoodoos that will stop Souths from winning just their second premiership in the last 50 years in 2022.

So I know you have great expectations for next season, Souths fans, but take heed, and think carefully before you tick the ‘grand final ticket’ option on next year’s membership package, because the hoodoos all tell me that the Rabbitohs won’t be hopping around for a victory lap anytime soon.

You’ve got to lose a grand final before you can win one
The logic here seems to be that the team losing a grand final will have not only gained valuable experience by playing in a decider, but also that the pain of the loss will provide them with sufficient added incentive to win the premiership the following year.

You know, all the losing players sitting around with tears in their eyes at the end of the game who are about to gain the resolve and inspiration to become winners next year.

We know that this adage recently worked for Penrith, runners up in 2020 and premiers in 2021, but their win really went against the grain, so Souths may in fact have a problem.

In the 114 years that the game has been played in Australia, runners up have only gone on to be premiers the following year on 15 occasions, or just 13.3 per cent of the time.

That means that based on this hoodoo, Souths will need to seriously defy the odds if they want to win the premiership in 2022.

No club that Wayne Bennett has left ever managed to win the grand final next year
There’s no doubt that Wayne Bennett is a master coach, and great for the club while he’s there, but things never look as bright after he packs his bags.

So as you can see, prior to leaving Souths at the end of last season, Wayne Bennett has left clubs on five occasions, and not one club went on to win the premiership the year after he departed.

In far worse news for Rabbitohs fans, the only club to ever win a premiership after the departure of Wayne Bennett was Canberra, who went on to win premierships in 1989, 1990 and 1994 after he left at the end of 1987.

If this hoodoo runs true to form then, Souths won’t be lifting the trophy next year, and if it pans out anywhere like it did for the post-Bennett Brisbane, St George Illawarra or Newcastle sides, perhaps they’ll never get their hands on the Provan-Summons trophy ever again?

First, the Rabbitohs lost 50-0 to the Storm in Round 9 and then made doubly certain that they couldn’t win the competition by going down to the Panthers 56-12 just two weeks later.

But can a team win the competition the year after they’ve conceded 50 points twice in a season? Well, the answer is a little bit yes and a lot of no. In the 24 years since the NRL commenced, it has only been done twice.

So that’s only twice in 24 years, so while there’s an 8.3 per cent possibility, it’s very, very unlikely.

Can a club win the premiership with a first-year coach?
For those who’ve never heard of him, Jason Demetriou, Souths’ new coach for 2022, began life as a St George Dragons junior before embarking on a playing career in the UK.

2022 will see him as first-grade head coach in the NRL for the first time, so what chance has he of winning a premiership at his first attempt?

Not good, I’m afraid. In the 24 years of the NRL era, some 64 coaches have been handed the responsibility for a first-grade NRL team for the first time, and only three of them have won a premiership at the first attempt.

Michael Hagan was successful with Newcastle in 2001, Ricky Stuart did it with the Roosters the very next year, and Trent Robinson got the Roosters across the line in 2013. So the first-year coach works a charm around five per cent of the time.

Of further concern on the coaching front for South Sydney is the overall success rate of Wayne Bennett’s coaching proteges. Has any former assistant to the old coach ever won a premiership in the NRL era?

So there it is, Souths fans, and while I’m sorry to be the bearer of bad news, someone had to tell you.

My advice is to forget about winning anything next year and start hoping for better times in 2023 and beyond.