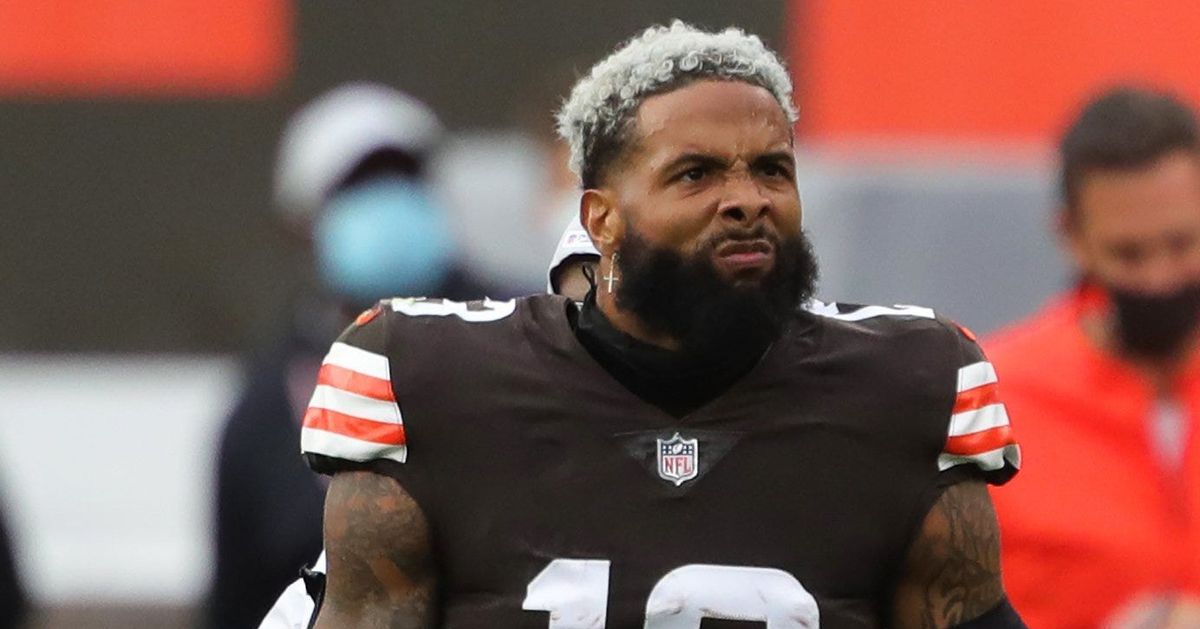 We’re rounding the back-half of the season in Week 10 and facing an incredible week around the NFL. Odell Beckham Jr. picked Los Angeles, the Panthers re-signed Cam Newton, and judging from Thursday Night Football where the Ravens lost to Miami — we still have no idea what constitutes a good team in 2021.

This week is less about the big-picture questions, and more about the minutia that can help decide the sprint to the finish.

Will Cam Newton play this week?

It’s very unlikely Newton suits up for the Panthers this weekend after only being signed on Thursday, but Carolina isn’t entirely ruling the possibility out.

The question of Newton playing is fascinating as the Panthers stare down their greatest test of the season against the Arizona Cardinals. Don’t get me wrong, Carolina will lose this one, but the possibility of seeing a Newton-led Panthers once again is just too intriguing.

At this point it’s totally fair to write off a chance of making the playoffs for Carolina, but should Newton play, and on the off chance he thrives, we could see one of the most dramatic closes to the season in team history.

What will Odell Beckham Jr. look like on Monday Night Football?

While it seems highly unlikely Newton will play for Carolina, in Los Angeles all signs point to Odell Beckham Jr. playing on Monday Night Football against the 49ers.

The Rams have gone all-in this season, not dissimilarly to Tampa Bay’s approach a year ago. There’s no doubt that adding a weapon like OBJ is a big boost, but what exactly are they getting? To be honest, none of us know. Beckham Jr. was hurt for much of 2020, and unmotivated so far in 2021. That’s what makes this so intriguing.

If OBJ steps up and has a killer game it might be time to cement the Rams are Super Bowl favorites, and not just one of the “really good teams that could make the Super Bowl.”

How will Mike White face his greatest test?

The quarterback situation in New York is one of the most fascinating in recent memory. Here you have a highly-touted, No. 2 overall pick in Zach Wilson, fail consistently in every start and then get hurt,

Instead of the season being a wash and everyone playing for 2022, the Jets somehow find lightning in Mike White, who is suddenly the talk of the NFL. The ramifications for sustained success from White will have ripples through the league. A big performance against the Bills could continue to create an unenviable situation where New York needs to decide between the players they believed in during the NFL Draft, and someone who was a warm body filling a roster spot.

What we do know is that Mike White fever has caught on, and by every metric the Bills should dismantle him. If they don’t, well, we’re going to have a wild few weeks.

Will the Patriots or Browns assert themselves?

We’ve officially hit playoff watch season, and both the Patriots and Browns find themselves on the bubble of the expanded field in 2021. Both sitting a 5-4, these teams had very different expectations to start the season.

Prevailing wisdom said the Browns were going to be good, and either push to win the AFC North, or get a Wild Card spot. However, that hasn’t exactly played out. The Browns have bizarrely dropped some games that felt like easy wins, while winning other that seemed out of reach. Their Week 9 domination of the Bengals made people take a closer look — and now it feels like the team is on a role.

Meanwhile in New England, there were no expectations for the Patriots. Starting the season in a division with the dominant Bills and surging Dolphins, there was no belief they would make the playoffs in a rebuilding year. However, down play in Miami, paired with the emergence of Mac Jones has pushed New England into the conversation, and now it really does feel like momentum is on Bill Belichick’s side again.

All that said, both teams desperately need a win to stay in the hunt. In the playoffs started today the Patriots would be in, and the Browns would be out based on tiebreaker — showing just how narrow the margin is. There’s a lot of football in 2021 left, but it feels like the season could hinge on Week 10 for both teams.