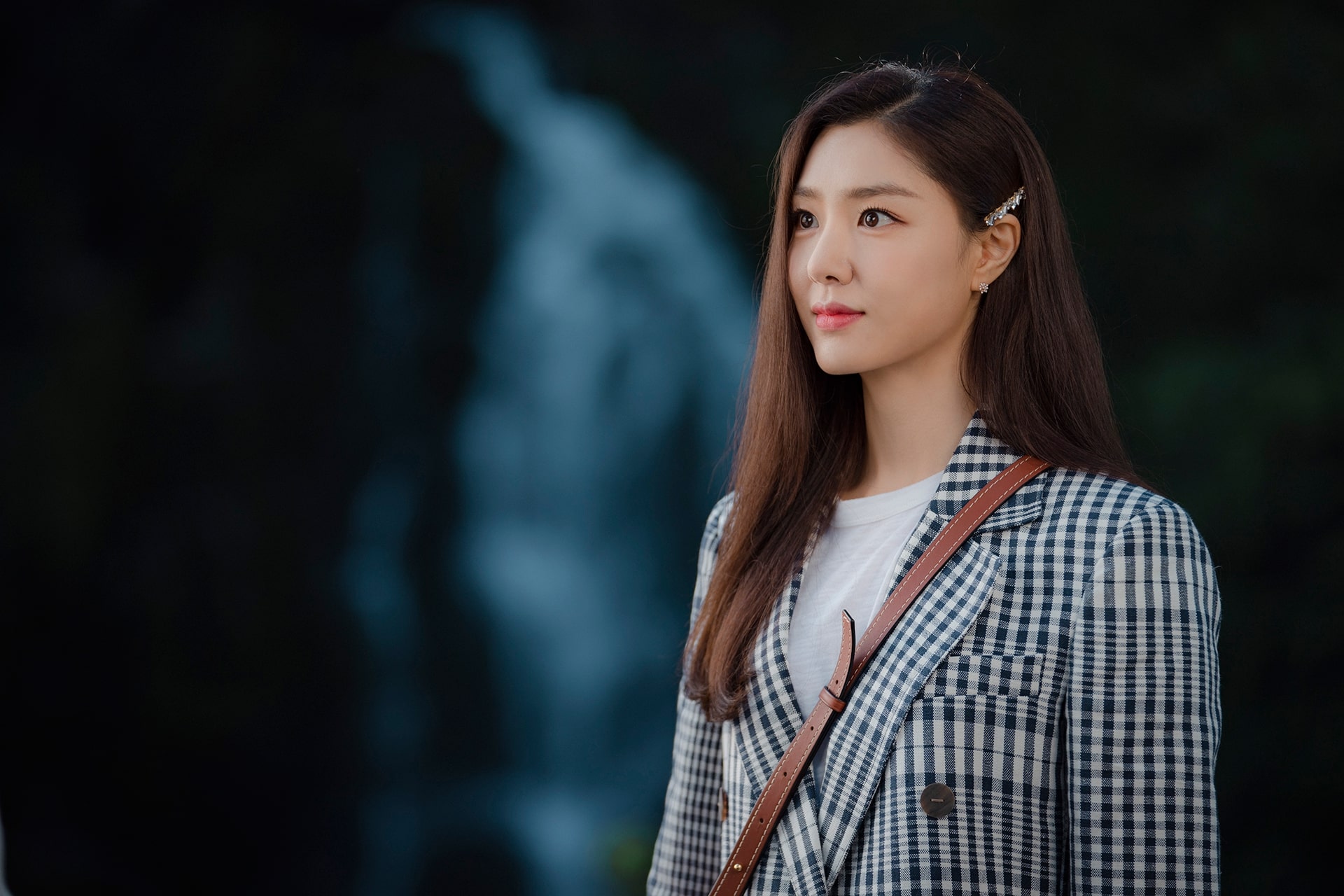 For my money, one of the best things on Netflix — no matter how you slice it, whether American or global, movies or TV shows — is the Korean language series Crash Landing on You. It debuted on the streamer at the end of 2019, and I discovered it during the pandemic, which probably explains part of the affection for it. If you haven’t seen it, this one-season show is about a South Korean heiress who goes hang gliding and gets blown across the border to North Korea during a nasty storm.

She ends up in a tangled mess in a tree. A handsome, elite North Korean soldier discovers her, and it’s at that moment she falls (with a literal crash-landing) into his arms. This was actually the first K-drama I’d ever watched all the way through. The production value here is insane, with each roughly 70- to 80-minute episode feeling like it’s basically a movie. Supposedly, the creative team used input from actual North Korean defectors to imbue the show with a degree of realism. Which was a good decision, since the series is split about half-and-half between starting out briefly in South Korea, then following Se-ri’s adventures in the North, before the show then moves back to South Korea.

There’s so much to praise about this show, that as soon as you’ve ticked one thing off the list you think of several more. Captain Ri and Se-ri comprise one of the most memorable romantic couples you’ll ever see portrayed on a TV show, full stop. The North Korean soldiers under Captain Ri’s command are ridiculously likable. And that’s another great thing about this show — whereas media coverage can be pretty reductive in its treatment of the geopolitical dynamic on the Korean peninsula, Crash Landing on You goes to great lengths to portray the North Koreans with a welcome degree of humanity.

This romantic drama was “a cultural phenomenon” in its native South Korea, The Daily Beast has very correctly noted. And then the fandom around it went global, once the show got added to Netflix.

There’s really no need to spend much more time praising the series.

Because here’s the problem.

An American remake of this sublimely perfect, one-of-a-kind show is reportedly in the works at Netflix. And actually, it sounds like this is slightly more than simply rumor-stage gossip.

Why can’t you just give fans a season 2, Netflix?

As reported by the Korea-based newspaper Edaily, a studio executive revealed just a few days ago that an American remake of the show is “in the final stages of planning and development” with Netflix. That executive is Kang Chul-ku, the CEO of Studio Dragon (the production company for Crash Landing on You).

This is problematic for so many reasons.

One of the biggest is that… the mind boggles at trying to work out exactly how an Americanization of this wholly Korean story can even work before the show just becomes a whole different thing.

Also, fans of the show have been begging for almost two years now for a second season. The first season ended on a somewhat unsatisfyingly ambiguous note, even though it did give fans a decent conclusion. Confession: I actually ordered the DVD box set of the show from Korea, just in case the series ever leaves Netflix. It’s that good.

Crash Landing on You trailer

In case you haven’t checked out the series yet, by the way, the trailer is embedded right here. There are a few variants of trailers and teasers you can find on YouTube. This one below mostly includes snippets of footage from early on in the series, like when Yoon Se-ri crashes into Ri Jeong Hyeok in the first place.

Pound for pound, this show had more unforgettable scenes and moments than anything I’ve seen in a long time. The scene with Captain Ri holding the candle so Se-ri can find him in the crowded bazaar. The fight scenes. The hilarious banter among Captain Ri’s men. And oh my god, the border crossing scene toward the end of the series.

The whole story unfolds thanks to the fact that Captain Ri is actually a good man. Being an upper-tier North Korean soldier, he doesn’t want to turn over Se-ri to the authorities, because he assumes something bad will happen to her. The longer he keeps her hidden, trying to figure out what to do with her, the impossibly good-looking couple slowly turns their love dial all the way up to 11.

“They always have to ruin good things”

I suppose there’s a universe in which this remake could work. In the same way that bad ideas are, if nothing else, at least doable.

Just because this is an American remake, it doesn’t necessarily mean it has to take place in America. Maybe it’s an American service member or even a spy in Korea, who somehow winds up across the border and gets entangled with a North Korean. Fans who’ve weighed in on this, though, have almost universally panned the idea of this remake. And I can’t say I blame them.

They always have to ruin good things. Stop. 🥴🤢🤮

‘Crash Landing On You’ American remake in final development stage at Netflix https://t.co/dgo0nxCPvF via nextshark

One of my favorite k dramas (crash landing on you) is getting a stupid American remake while the plot is literally a South Korean “crash landed” into North Korea pic.twitter.com/VomDHekV1z

Crash Landing on you is unique because it’s NK and SK, because it’s Hyun Bin and Son Yejin. You can’t remake something unique, they were the only ones able to bring this story to life and no other people, no other place in the world can do it. Find your own ideas Hollywood 🙄 pic.twitter.com/DNUWklt3RD