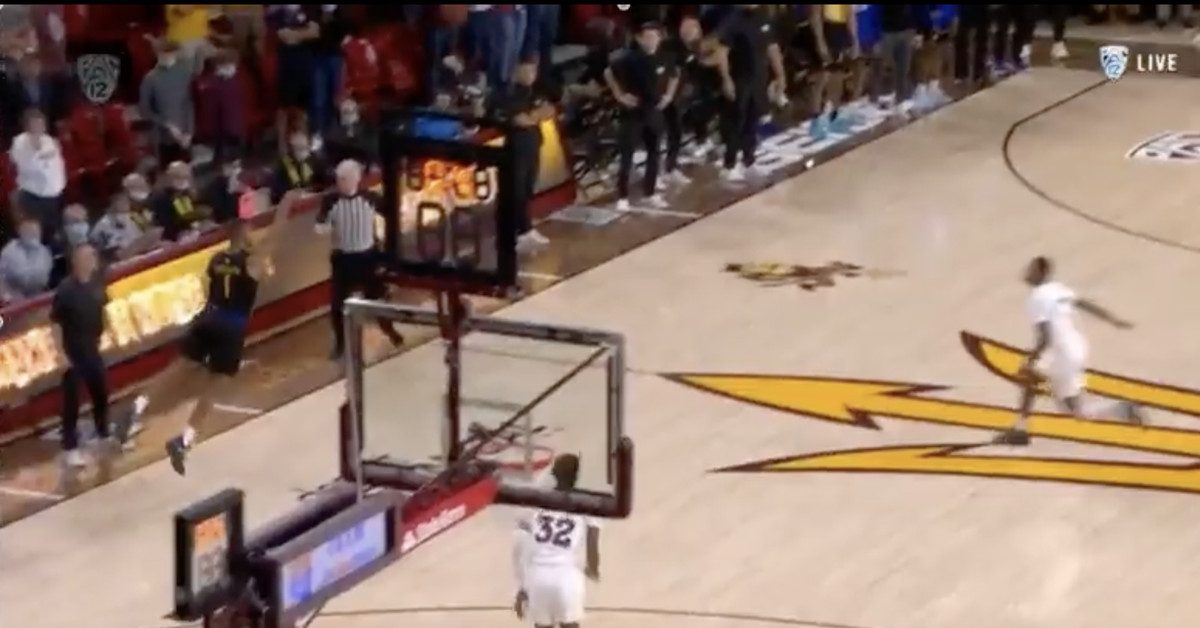 UC-Riverside has never made the men’s NCAA tournament since joining DI in the Big West back in 2001. The Highlanders have ended the year with a winning record only three times over that period. There is not much in the way of basketball tradition at UC-Riverside, but on Thursday night the program authored its greatest moment ever.

UC-Riverside came to Arizona State for their second game of the 2021-2022 season. This game was supposed to be a tune-up for ASU to prepare them for matchups against San Diego State, Baylor, and Oregon in the coming weeks. If the Sun Devils thought they were getting an easy win, they quickly learned Riverside wasn’t going without a fight.

Arizona State and Riverside were neck-and-neck all game. The Sun Devils thought they had secured the win when Luther Muhammad hit the go-ahead bucket on a driving layup with 1.7 seconds left. Remember: you can’t advance the ball out of timeout in college basketball the way you can in the NBA. Riverside had to go the full length of the court.

Senior forward J.P. Moorman II took the inbounds pass and flung a shot from about 75-feet away as the buzzer sounded. He hit nothing but net for the win.

Wichita State thought they hit the best buzzer-beater of the early college basketball season. Not anymore.

Moorman had spent four years at Temple before transferring to Riverside for this season. He ended the night with 14 points and 11 rebounds on 4-of-8 shooting from three. No make was bigger than that last one.

Is this the start of something big for UC-Riverside? The Highlanders were picked to finish third in the conference behind UC Santa Barbara and UC Irvine. The Big West is a one-bid league, so it will all come down to the conference tournament in March.

What a way to start the season for Riverside. You won’t see a better buzzer-beater than that all season.