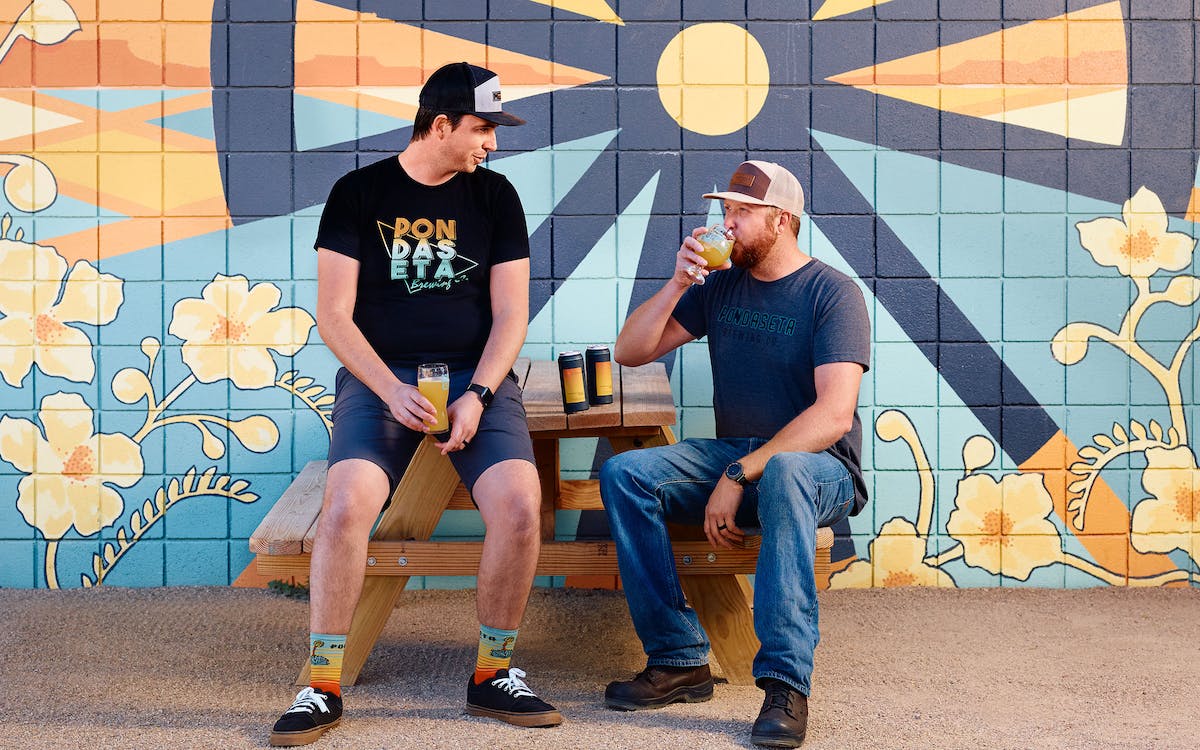 Connecting Chicago to California, U.S. Route 66 passed through only 178 miles of Texas, so it makes sense that songwriter Bobby Troup’s 1946 hit “(Get Your Kicks On) Route 66” includes just three words about the state: “You see Amarillo.” This Panhandle city of more than 200,000 certainly is something to see, from its Old West flourishes to its dramatic sunsets. Against a backdrop of wide-open skies, a thriving arts scene splashes color all over the place: The annual Hoodoo Mural Festival commissions sprawling works to brighten up the downtown walls. Local Route 66 historian Bob “Crocodile” Lile takes the dried spray paint chips he finds in the dirt around the cars at the iconic Cadillac Ranch and turns them into “stones” (Cadilite, he calls them) that he sells as jewelry in his eponymous studio. And two blocks away, Sonya’s Gallery on Historic Route 66 showcases landscapes and sculptures by Amarillo artists. Stay in this town long enough and you’ll likely hear a song that’s much closer to its heart: “Amarillo by Morning,” the George Strait country anthem released almost forty years ago, in 1982.

To understand the contrast that recently opened the Barfield, Autograph Collection—billed as one of the city’s first luxury boutique hotels—brings to Amarillo’s lodging scene, consider the cluster of western-themed options near Historic Route 66 with “Cowboy” and “Wagon Wheel” in their names. Located in the city’s first skyscraper, which dates back to 1926, the 112-room hotel features cowhide and leather decor, a restored grand marble staircase, and a swanky speakeasy-style lounge in the basement that was the real deal during Prohibition.

The new From 6th Collective serves as a chic one-stop retail space for the wares of small Panhandle businesses—from Amarillo-made scented candles and pottery finished with local clay glazes to custom-designed postcards. At the Westgate Mall, browse the straw and beaver-felt cowboy hats at West Texas Western Store. (“You have to imagine a gust of wind,” the saleswoman said as I deliberated between two sizes.)

Many a tourist’s first stop in Amarillo and an Instagrammer’s dream come true, the 1974 art installation known as Cadillac Ranch—ten cars buried nose-down in the ground—has become a communal spray-painting project (cans are available for purchase at a truck on-site). The winding road in Palo Duro Canyon State Park, home to the country’s second-largest canyon, makes for a breathtaking drive. The Amarillo Museum of Art’s permanent collection includes a Salvador Dalí sculpture.

This article originally appeared in the December 2021 issue of Texas Monthly with the headline “Amarillo Anytime.” Subscribe today.