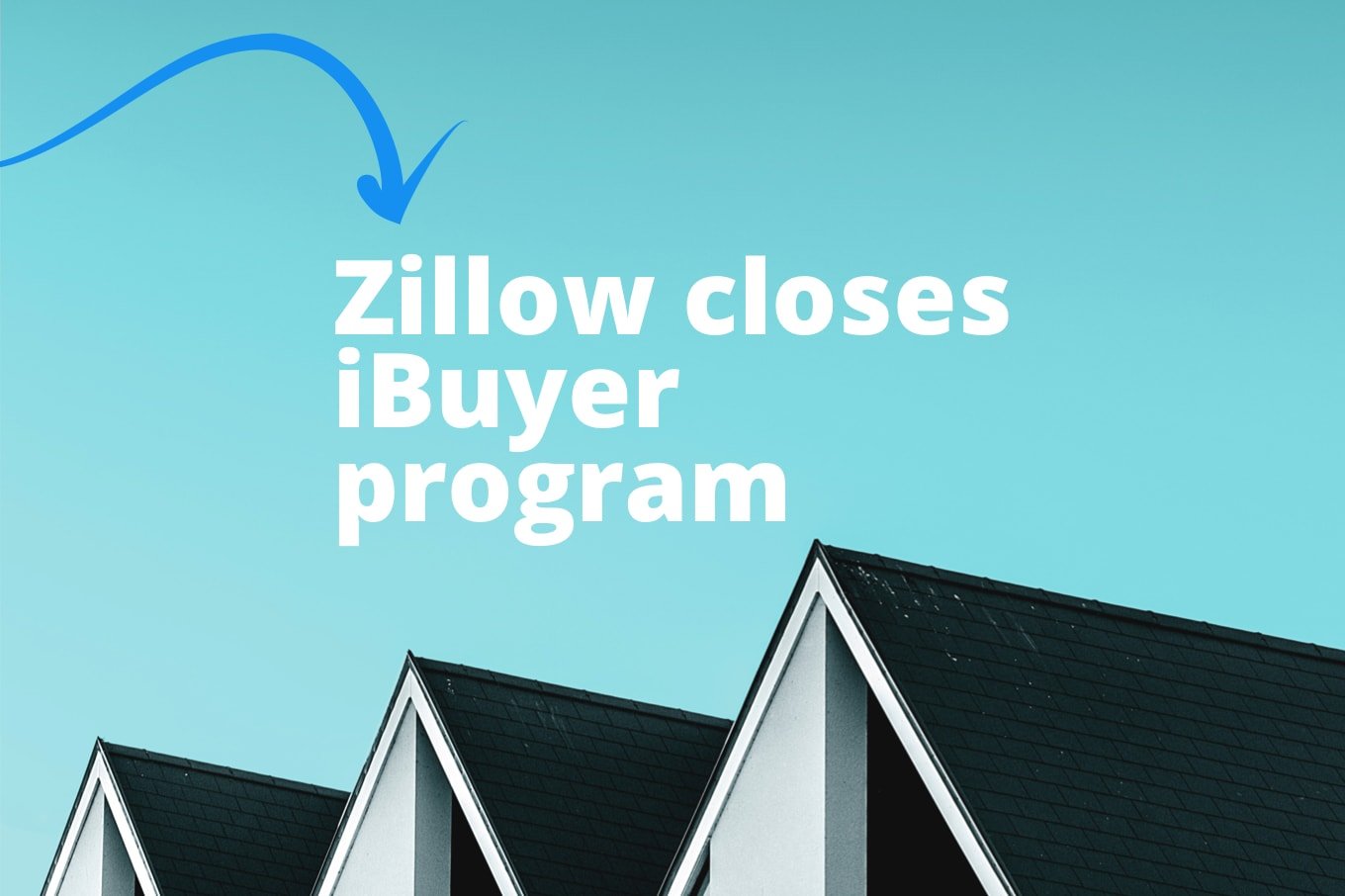 In a shocking turn of events, Zillow announced on Tuesday that they would be winding down their iBuying program, known as Zillow Offers. While revenue was up in Q3 2021 for Zillow Offers, the company posted a $422M loss in its home-buying division, which was too much for the company to stomach. In conjunction, the company of nearly 8,000 employees announced it would be laying off approximately 25% of its workforce.

The news came just weeks after Zillow had announced what was then described as a temporary “pause” in new iBuying acquisitions—citing supply chain issues, and labor challenges as the primary cause.

But the problems appear to have run far deeper than labor and materials issues. The real issue, it appears, is Zillow’s inability to accurately predict home values and prices.

“We’ve determined the unpredictability in forecasting home prices far exceeds what we anticipated and continuing to scale Zillow Offers would result in too much earnings and balance-sheet volatility,” said Zillow CEO, Rich Barton, on Tuesday.

This statement probably comes as no surprise to real estate investors and real estate agents out there—many of whom have been long-frustrated with Zestimates, and its perceived inaccuracy.

As someone with experience in predictive modeling, a median-error rate for on-market deals of 1.9% is fairly impressive. If you’re looking at a home worth $500,000, that’s just $10k in either direction. That may still sound like a lot, but from a modeling perspective, that’s a good average. Of course, that is the average error. The predictions for any one home could vary by much more than 2% in either direction.

But with iBuying, you’re not necessarily dealing with on-market deals—opening Zillow to a range of values +/- $35k  on a $500,000 house, which any house flipper will tell you is pretty significant. Because Zillow was mostly buying in Southern California, the risk was even greater, because the median home value is above $900,000. Meaning, their algorithm for off-market deals would provide a range of $837k and $963k—that’s a huge difference!

Combine that margin of error with a very unusual (and therefore unpredictable) housing market, labor shortages, material costs, and everything else going on in the economy it is not so hard to see how this could have gone so wrong for Zillow.

According to a report by Bloomberg Zillow now is faced with the task of offloading nearly 7,000 homes that it paid too much for, and must sell at a loss. Don’t go rushing to find one of these homes, though. It appears Zillow is trying to sell the whole portfolio at once to an institutional investor, like a hedge fund, or private equity firm.

How to Analyze Real Estate Markets

Whether you plan to flip a home or buy and hold a property, an accurate real estate market analysis is key to your success. If all that sounds overwhelming, don’t fear. This guide explains exactly how to perform a market analysis, which will help you decide if an individual property matches your investment targets.

iBuying, however, is not dead. Zillow was certainly one of the biggest players in the space, but ultimately they have a very large advertising business that they were unwilling to risk to continue pursuing iBuying. Other companies like OpenDoor, Redfin, and OfferPad appear undeterred, at least for now. It will be interesting to watch how these companies perform over the coming years, and see if they can overcome the challenges Zillow Offers ultimately succumbed to.