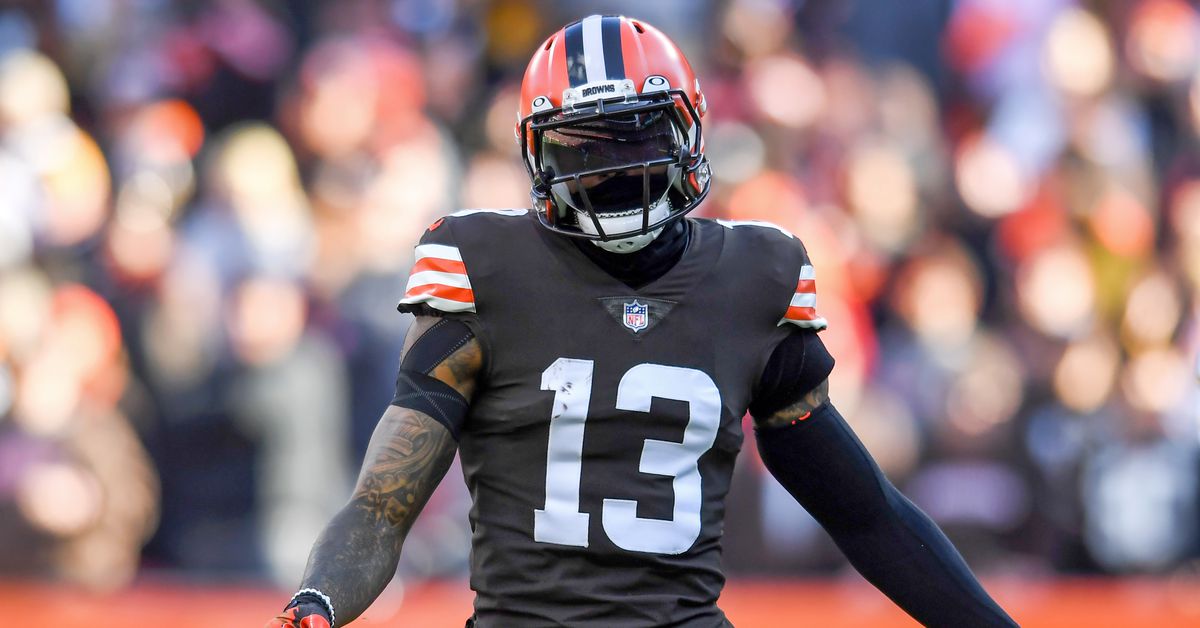 After weeks of consternation, the Cleveland Browns officially released wide receiver Odell Beckham Jr. There had been widespread speculation the team would either try to trade OBJ by the trade deadline or release him outright, and now we know Beckham’s days in Cleveland are over.

The timing of the release is of critical importance. As it came after the NFL trade deadline it means Beckham Jr. is not subject to being granted “vested veteran” status, so he’ll be subject to entering waivers like a younger player would. So, rather than speculating on where he’ll sign, as we’d typically do, we now have to weigh which teams, from worst to best, will try and claim OBJ.

This isn’t as simple as you might think. I mean obviously any team would be better with a motivated Beckham Jr, but knowing his particular demands and history of being, let’s say “opinionated.” There’s considerable risk for a bottom-feeder team like the Jacksonville Jaguars to claim him simply because they’d be better with another receiver, but is it worth risking adding a headache when they’re still trying to establish Trevor Lawrence as the leader of the team?

So there’s really a sweet spot here. OBJ can’t choose where he ends up unless he clears waivers, which seems highly unlikely, but he could become a problem for a team picking him if he’s not happy with the landing spot. So really we’re looking at teams with legitimate playoff potential, that would obviously appeal to OBJ, with an obvious need.

What is the waiver order, and how does it work?

Who could potentially claim OBJ and it would be a good fit?

The Patriots have been in a very different modus operandi this season after spending big in free agency and rebuilding the team. I don’t think even New England believed Mac Jones would be this good, this quickly.

There’s no doubt this team needs help at wide receiver, and with the expanded playoff format there’s a very good chance the 4-4 Patriots could make a run and get in.

Is the appeal of playing for Bill Belichick enough? Maybe not, but OBJ would definitely be intrigued by the ability of New England to revitalize careers, and he would be a featured player.

There are several reasons I think this would be appealing to both sides. Firstly, if OBJ is bitter then sticking it to the Browns by going to a division rival would be a hell of a rub. Beyond that it’s also a fairly good fit.

Ja’Marr Chase has been absolutely sensational, but after him the receiver situation is a little more murky. Both Tyler Boyd and Tee Higgins have been fine, but neither has been transcendent. In order for the Bengals to make a playoff run they need depth at the position, and a motivated OBJ could be the difference between a one-win out in the postseason, and potentially making a deeper run.

The lazy answer is to say “LSU to New Orleans, makes sense!” However, the season-ending injury to Michael Thomas means the Saints are in DIRE need of a receiver. It’s a little weird because they also need a quarterback, but this would be a heck of a savior story for OBJ to come back to Louisiana and help the team make a playoff push.

I’m not sure Beckham Jr. would be happy with this, given the Saints are kind of limping along at this point, but it’s a possibility.

They don’t need OBJ. The Bucs have all the receivers they could ever need. Also they love to claim pretty much any and every player they can.

A potential Super Bowl is extremely alluring to OBJ, and that makes this a possibility.

The Raiders have dealt with pretty much every kind of turmoil imaginable this season. Henry Ruggs’ release and arrest has left Las Vegas with a serious need for a receiver. We know this team is potent on offense, with a very real chance they could make the playoffs.

There’s a lot that could be appealing to OBJ about brining the Raiders back from the brink and making a playoff run. We also know Derek Carr would feed him A LOT and boost his stats.

A favorite rumored destination, the team DEFINITELY needs another receiver. The Packers are going to make the playoffs in a soft NFC North, and adding his abilities to that push are obvious.

We know Aaron Rodgers has been dying to have a new weapon, and this was a major point of friction between Rodgers and the Packers this offseason. I think this would make a lot of sense for both sides.

Sammy Watkins hasn’t really played out to be the missing offensive piece the Ravens needed, and while obviously this team is still ticking along, I can’t help but feel like OBJ would make them even better.

Another team with playoff potential that could extend all the way to the Super Bowl, this is another good fit that would benefit both sides.