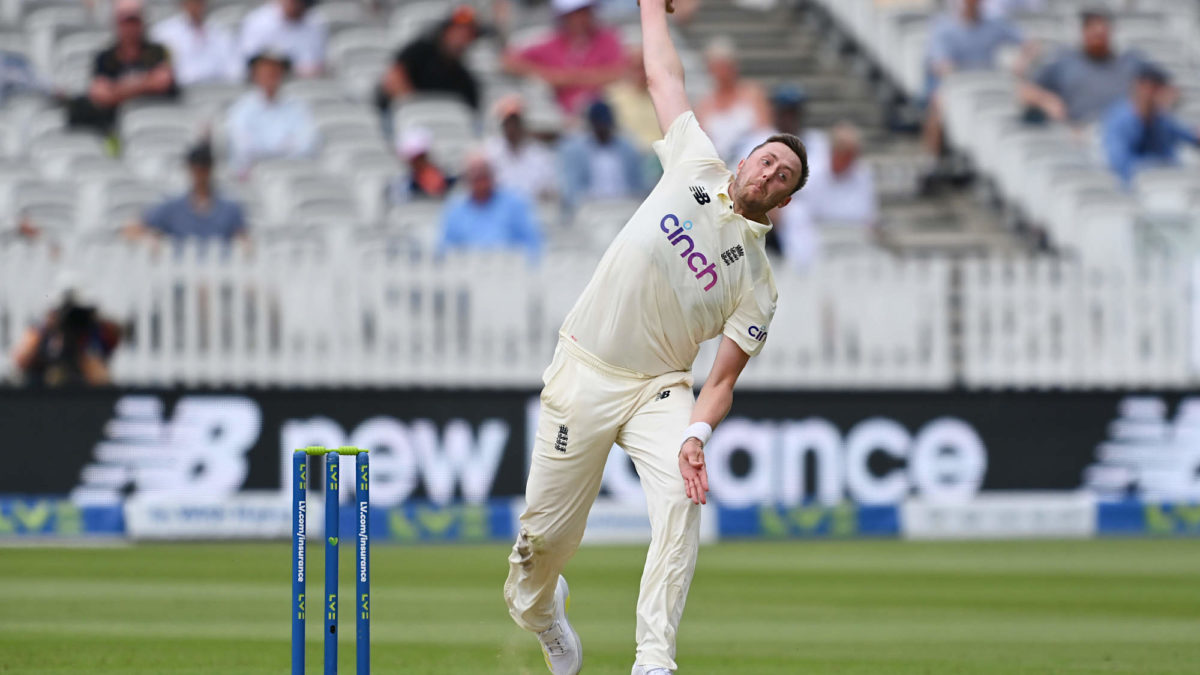 Like every serious sports fan, I consider myself a better selector than the people who actually do the job.

When it comes to the English cricket team, I’m probably right, in red-ball cricket at least, because their selection policy has kept their team perennially second rate despite all its inherent advantages (money, pinching the cream of talent from West Indies and South Africa, etc).

So, in the interests of making bold pronouncements which will probably blow up in my face, I’d like to declare how England could win the Ashes this summer.

I know everyone’s expecting Australia to win 5-0, 4-0 or at least 3-1 and I get why: our attack against that dicey English top order, David Warner on home wickets, Steve Smith and Marnus Labuschagne, Cameron Green is so wonderful and did you know he was tall, etc, etc.

And yet, and yet…

I really like Tim Paine, but his leadership wasn’t that great last summer. How will his form hold up, especially with the media salivating like a dog over the lamb chop that is the promise of Josh Inglis? Or there’s option B – hey, did you know Alex Carey played AFL? And the pro-Steve-Smith-back-as-captain lobby won’t let any Paine mistakes go by.

There’s also the Justin Langer in the era of COVID factor.

JL’s scary-eyes intensity would be hard enough at the best of times but the team’s going to have to be working in quarantine bubbles with Mr “How good was A Star is Born” who has (never forget this, because his allies seem to) power over whether the players get picked in every single format in the game.

I’ll repeat that – Justin Langer has selector power over every player in every single format of the game. Why should they approach him directly with criticisms or keep criticisms “in house”? He’s just the coach! Anyway, his magic clearly hasn’t been working for everyone in the side.

There’s an unsettled batting line-up. Will Pucovski with concussion. Do they bring back Travis Head? Is it Usman Khawaja or Marcus Harris? Who is No.5? What if Green breaks down? What if Warner and Smith don’t save the day?

Do we play Glenn Maxwell in Tests?

There’s some issues with the bowling… do they rotate the quicks (answer “yes”, clearly “yes”, but people seem afraid to tell it to Mitch Starc or something despite its success in the 2019 Ashes). Do they try Mitch Swepson? And please, for the love of all that is Holy, give Michael Neser a Test.

And there’s the captaincy saga. How much rope does Paine get? Smith or Pat Cummins?

None of these things are fatal but they are all fault lines which could crack if England put Australia under a little pressure.

The main issues with England winning here, IMHO, are their batting, bowling, wicketkeeping and captaincy.

But nothing unfixable either.

I’d like to address these while explaining who I’d pick for the first Test in Brisbane (injuries notwithstanding).

1) Rory Burns
A true “I guess he’ll do” selection. No one seems to like Burns, not even the English side, but he’s the least worst opener they’ve got. “He’s got a weird technique,” scream the purists. “Weird! Weird! Weird! Burn him!” (I made up that last bit.)

I guess he’ll do.

2) Haseeb Hameed
A “light on the hill” selection. And sometimes the light does come on the hill. Haseeb’s career has had a few ups and downs to put it mildly, but he’s in at the moment and doing okay. That FCA of 33 looks wobbly but he is young.

Always try for some stability in your opening combo. The current two are fine. Dom Sibley is on the Lions tour if they need a backup.

3) Joe Root
His batting has returned to high gear. Great player. Uninspiring captain. Do you need to be a good captain to win in Australia? It helps being a complete prick with a fast bowling arsenal (Douglas Jardine, Illingworth, Len Hutton).

Failing that, you have to be at least tough (Andrew Strauss) and press home any advantage. I’m not sure Root can do this. He strikes me as a more “Mike Smith”-style captain, who led England out here in 1965-66. Mind you, Smith’s team held them to 1-1. And I can’t see any replacement options.

Eoin Morgan has a better Test record than some of England’s top six but that ship seems to have sailed. May as well keep Root.

He’s not in the squad. But he is in the Lions side and will be out in Australia. He has a FCA of 44 and can bowl a bit. I’d go for him purely on the basis of that first class average. For whatever reason, there are a lot of English batsmen who average just below 40 at first class level, hardly any who average over it.

Only 36 first class games, but I’m sorry – he should be in the squad ahead of Zak “Why do I keep being picked” Crawley. No, I haven’t forgotten Ben Stokes. Keep reading.

5) Dawid Malan
Decent player. One of those “average just under 40 at first class level, I guess he’ll do” types. Made a century here. Been around. In the side now. May as well keep him. If he doesn’t click, replace him with Dan Lawrence. No, still haven’t forgotten Ben Stokes.

6) Ollie Pope
Is Pope the new Graham Hick/Mark Rampkarash? Or someone who just needs a bit more patience? Will the light ever truly go on? That first class average is tasty… despite being 20 runs more than his Test average. Things are getting on now. Still, give him an Aussie summer.

7) Ben Stokes
There is is. I’ve got him at seven – by all means bat him higher but the key thing is I feel very strongly that to win the Ashes, England have to play six specialist bats.

The only time they’ve won the Ashes here with five specialists since 1971 was in 1986-87 when England had Ian Botham, who totally dominated Australia psychologically at the time, and Australia had to field a third-choice pace attack due to the South African rebel tours, and in ’78-79 during World Series Cricket when England had the Botham-Miller nexus and Australia went out of their way to help England via their selection policy.

England won with six specialist batters in 2010-11, and drew 1-1 with that in 1965-66 (under Mike Smith) but for some reason this has been considered… unmanly? Wrong? Too successful? Not Australian?

If England had a top-class all-rounder to counterbalance Stokes, like Moeen Ali in his prime, maybe they could do it. Or a super ace fast bowler and some major league batsmen – that worked in ’70-71 and ’54-55.

They need to think differently.

England consistently lose down here because of their batting.

I know what people (and the English brains trust, probably) will say. “Twenty wickets. Gotta get 20 wickets. Grrrr.”

I think you’ll have more chance of getting them defending big totals than small ones.

Play Stokes as a bowler. Don’t make the mistake England did in 2006-07 playing Andrew Flintoff at 6.

8) Ben Foakes (wk)
Better keeper than Jos Buttler. Better batsman than Buttler. Absurd he isn’t in the side. He’s out here with the Lions. Use him. Stop wasting everyone’s time.

10) Stu Broad/James Anderson
Rotate them. Rest them between games. And make them go all out in the Tests they do play.

11) Jack Leach
Play your best spinner. If the captain has no faith in the spinner, then play four pacemen. Again, stop wasting everyone’s time with trundlers who can hold the bat a bit.

This is a conservative approach, I know. But it’s one that comes from watching England get smashed here tour after tour. Under this structure, England bat down to 8 (9, if Woakes plays), and still have four bowling options plus two part-timers (Root and Bohannen) to rest the strike bowlers, who can be rotated from Test to Test.

And if Stokes can’t bowl, then don’t pick him because then he plays as a batsman who can’t be dropped if he doesn’t score runs because he can bowl even though he’s not bowling and if you think this is weird, it is, but it’s exactly what used to happen with Shane Watson.

Maybe this won’t work but it’s a hell of a lot better than their bowlers having to defend totals of 200.