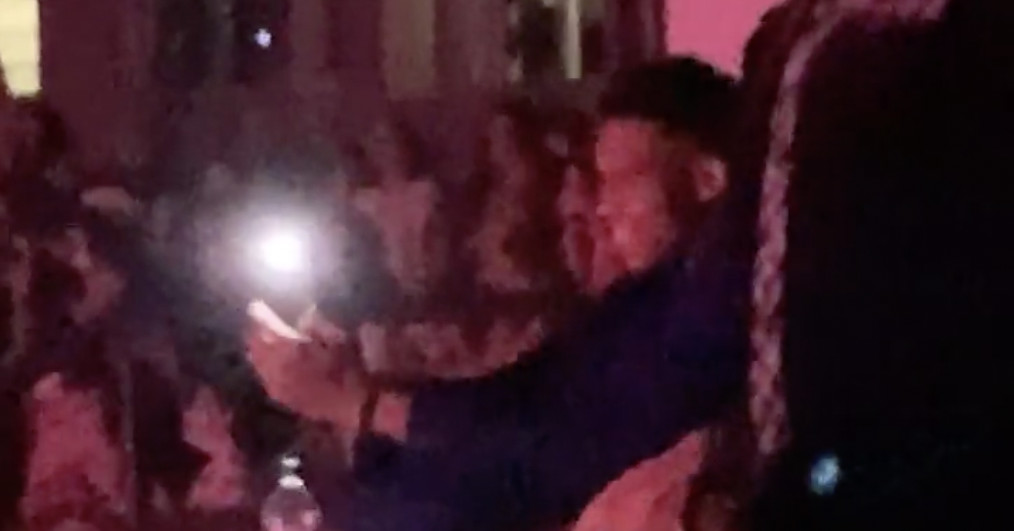 Giannis Antetokounmpo is having the best year ever. The Greek Freak led the Milwaukee Bucks to their first championship since 1971 by rampaging through the NBA Playoffs despite suffering a scary knee injury in the Eastern Conference Finals. Giannis fortified his greatness by dropping 50 points in the Bucks’ title-clinching Game 6 win against the Phoenix Suns. Then he celebrated by bringing his Finals MVP trophy to the Chik Fil A drive-through.

Antetokounmpo is off to another amazing start for the Bucks in the new season, and may be in line to win his third MVP. Still only 26 years old, Giannis is on his way to putting together one of the best careers in NBA history. With apologies to Shohei Ohtani, this is the greatest athlete on Earth right now.

On Tuesday, Antetokounmpo turned in another brilliant performance to lead the Bucks past the lowly Detroit Pistons. The Bucks had a day off on Wednesday. What does a 7-foot superhuman like Giannis do with his free time? He goes to the Harry Styles concert, of course.

Thank goodness Giannis looks like he’s in a suite. Could you imagine standing behind that guy at a show? You wouldn’t be able to see anything.

Giannis tweeted about the concert when it was over. Apparently he didn’t see many other dudes in attendance. No word yet on if any of his Bucks teammates joined him.

I just went to @Harry_Styles concert and it was 99% women and me . I’m a big fan, what a great performer.

Please don’t think Giannis just started messing with Harry Styles when “Watermelon Sugar” dropped. Our dude is a long-time fan — going back to the One Direction days.

Of course, the internet has the receipts to prove it:

Want video of Giannis rocking out in the car to One Direction? Of course you do:

As we’ve been saying, Giannis is everything great about sports. The guy just keeps getting more wholesome even with so much success.