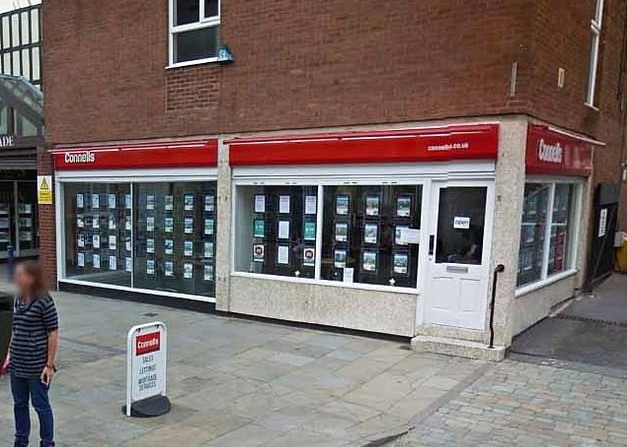 An estate agent who smashed a gin glass on a worker at her local Wetherspoons pub during an argument has been sacked.

Hollie Crutchley, 22, threw a gin glass at the woman in the Wheatsheaf in Cheadle after she was ordered to pay for a basket of chicken that she allegedly stole from a nearby table.

The victim needed six stitches following the attack by Crutchley, who worked as a senior negotiator at Connells in Litchfield.

Crutchley, of Springhill Terrace, Rugeley, has now been sacked from her job after pleading guilty to wounding at Stoke-on-Trent Crown Court, where she was sentenced to eight months in prison, suspended for 12 months

Her father has now complained his daughter has ‘lost her career’.

He told the Sun Online: “She has been employed doing the same thing since leaving school and her employers had stood by her up until today.

“She is sorry for what happened, it has affected her mentally and now she has lost her career over it.”

Prosecutor Rachel Pennington told Stoke-on-Trent Crown Court that Crutchley was in the Wheatsheaf at 9.30pm on 14 August last year when the incident took place.

She said while in the pub Crutchley and another took a basket of chicken belonging to another customer and ate it.

A woman who worked at the pub suggested that Crutchley should pay for the food.

“She picked up a drink and threw the glass and contents at her. Security went to intervene.

“The defendant picked up her drink in a gin glass and struck it out towards the woman. The complainant raised her arm to protect her face.

“The victim said the glass was thrown at her. She kept her arms raised. The glass smashed against her left arm.”

The victim went to hospital where she received six stitches to a cut.