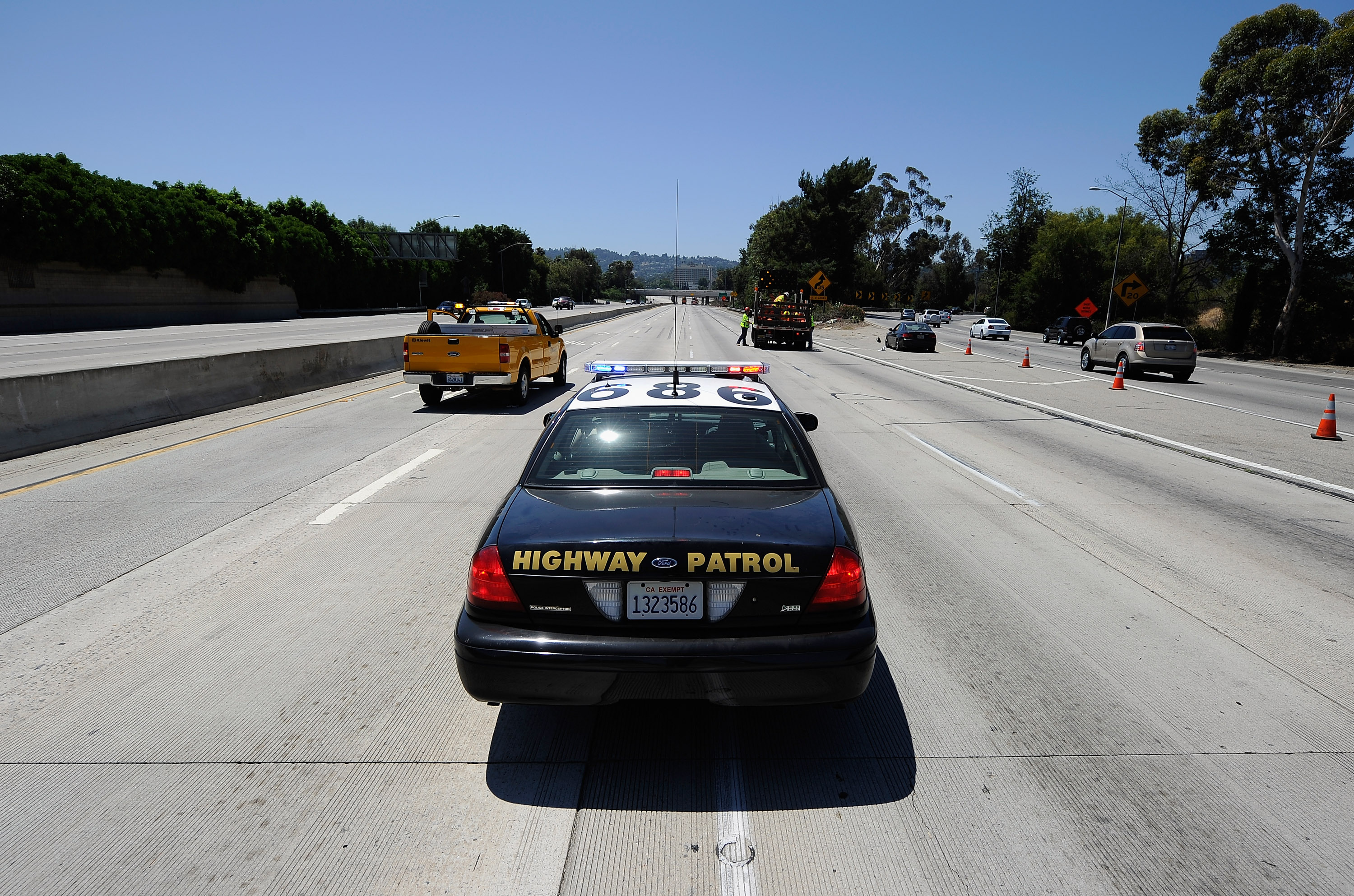 Officers with the California Highway Patrol have been chasing a big rig that was stolen on Wednesday night for more than three hours.

The pursuit began after the big rig was stolen at around 8:15 p.m. from a food service lot in East Los Angeles, CHP Officer Patrick Kimball said.

NBC Los Angeles reported that an employee of Individual Food Service, a food service company, called police to report the tractor trailer he was driving had been stolen.

Officers chased the driver in helicopters and patrol vehicles as the big rig traveled through several cities in the San Fernando Valley.

Kimball said officers attempted to stop the suspect with spike strips at least five times on the Ronald Reagan and Ventura freeways.

The strips punctured tires on the rig’s front and back tires and two tires were blown completely off, but the suspect continued onto the 101 Freeway.

The truck was last seen driving south on the Santa Ana (5) Freeway in Commerce at around 11.15 p.m.

This is a breaking news story and will be updated.