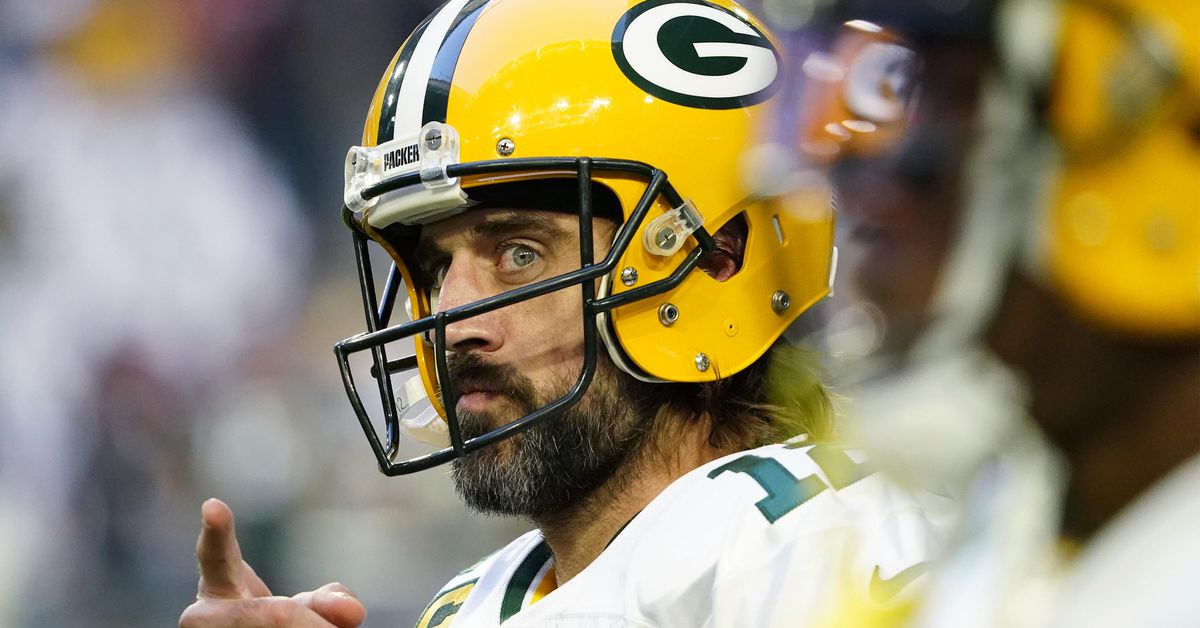 Aaron Rodgers will not play against the Chiefs in Week 9 of the NFL season after testing positive for Covid. Now we’re learning not only that the Packers’ franchise QB was unvaccinated, but that he lied when asked about his status in training camp.

Rodgers has been reportedly working like a player who has not been vaccinated this season, a detail previously unknown to those outside the Packers organization. The biggest question is why the quarterback decided to outright lie when asked about has vaccination status in August.

Rodgers was directly asked whether he had been vaccinated, to which he responded “yeah,” before adding “I’ve been immunized.” There is no doubt from the way Rodgers discussed vaccinations that he was being absolutely untruthful about his status, and fans have reason to be upset.

If we assume Rodgers’ had contracted Covid prior and believed he had “natural immunity,” then answering “yeah” to a question about vaccination was a lie. It was also wholly untruthful to then position himself on one side of the spectrum and unvaccinated teammates on the other when he said:

“There’s guys on the team who haven’t been vaccinated. I think it’s a personal decision, and I’m not going to judge those guys.”

“Those guys,” as in “a group I’m not a part of,” as in “I’ve been vaccinated, but I’m not judging those who aren’t. At the very least Rodgers tried to play semantics and conflate being vaccinated with “immunized,” which we know simply is not true.

“A more recent analysis of data from a network of 187 hospitals in the United States found that, among more than 7,000 COVID-19–like illness hospitalizations whose prior infection or vaccination occurred 90–179 days beforehand, there was a 5.5 times higher odds of laboratory-confirmed COVID-19 among previously infected patients than among fully vaccinated patients.”

So we can keep this figure in mind, that Rodgers was 5.5 times more likely to test positive for Covid, and then look at the huge Halloween party he took part in over the weekend before returning to the Packers facility.

It should be noted that Rodgers was not in breach of the unvaccinated Covid guidelines by having a party. However, he was in contempt of common sense. Despite working in an environment that required him to socially distance from teammates because of his vaccination status, and also required him to not be in high-risk situations during travel, Rodgers did not distance, attended an indoor party without a mask, and did not socially distance.

Now the Packers are paying the price. It’s not about one week. Realistically their grip on the NFC North is so pronounced that Green Bay can drop a game to Kansas City and be fine, but being disingenuous about his vaccination status prior to the season, and now being out with Covid is a huge problem. At the minimum Rodgers will miss the next 10 days and not be permitted into team facilities, not only taking away Week 9, but his preparation for Week 10 against the Seahawks. That would still be a best case scenario, with Rodgers potentially missing more time if he’s showing symptoms over this time.

The football effect is secondary to causing a problem where there didn’t need to be one, and Rodgers brought this on himself.