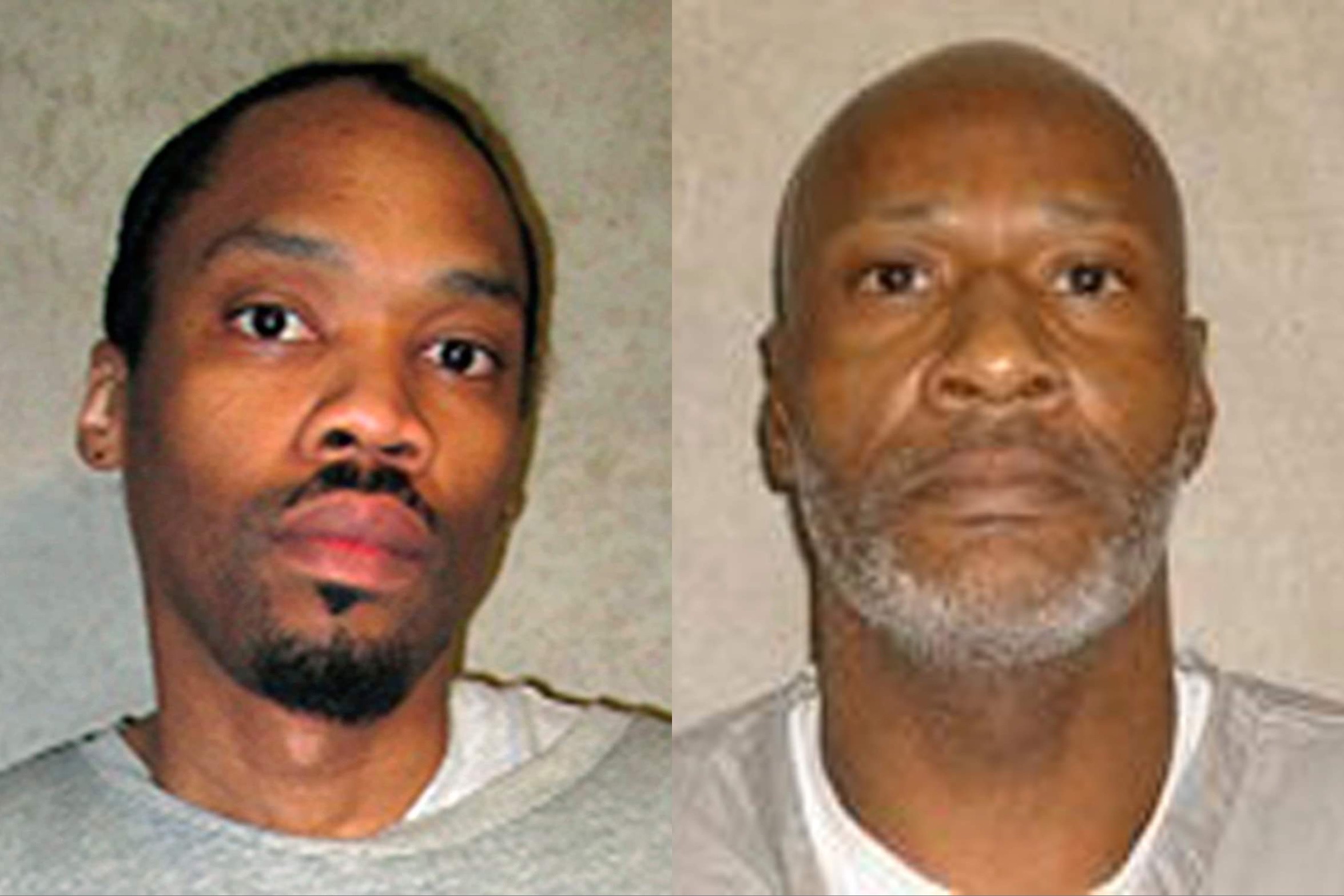 Grant was scheduled to die on Thursday for the 1998 killing of prison worker Gay Carter. Jones, convicted in the 1999 killing of businessman Paul Howell, had his execution set for November 18. But a three-member panel of the 10th U.S. Circuit Court of Appeals halted both on Wednesday after a federal judge earlier this week ruled that their executions could go ahead.

The court ruled that Grant, Jones and three other inmates shouldn’t have been removed from a lawsuit challenging Oklahoma’s lethal injection protocols because they didn’t choose an alternative method of execution.

In the ruling, the panel said the only “real” difference between the inmates who remained as plaintiffs in the lawsuit and those who were removed was that the others “complied with the district court’s instruct to supplement their interrogatory responses by specifying an execution method or methods.”

In their motion for a stay, Jones, Grant and the other three inmates argued that requiring them to select a method for their own execution would force them to violate their religious beliefs.

The court said the inmates did identify alternative methods in their complaint, even if they didn’t check a box designating the specific method.

The panel wrote that they found “nothing in the relevant case law that specifically requires a prisoner to designate a method of execution to be used in his case by ‘checking a box’ when the prisoner has already identified in his complaint the very same alternative methods given as choices on the form.”

Dale Baich, an attorney for some of the inmates, said the court “did the right thing by blocking Mr. Grant’s execution on Thursday.”

In a statement provided to Newsweek, he said: “Today’s order should prevent the state from carrying out executions until the federal district court addresses the ‘credible expert criticism’ it identified in Oklahoma’s execution procedures. Those issues will be carefully reviewed by the court at the trial scheduled in February.”

Oklahoma Attorney General John O’Connor said he planned to appeal the ruling to the U.S. Supreme Court, according to The Associated Press.

Jones and Grant were among seven inmates who had their executions scheduled through March by the Oklahoma Court of Criminal Appeals.

Oklahoma Governor Kevin Stitt could grant clemency to Jones if the state’s Pardon and Parole Board recommends it after a clemency hearing. The board has already recommended his sentence be commuted to life in prison.

Meanwhile, Grant’s execution would have been the state’s first since Oklahoma stopped executions in 2015 after a series of flawed executions.

Richard Glossip, the lead plaintiff in the lawsuit challenging the state’s lethal injection protocols, had been hours away from being executed in September that year when officials realized they had received the wrong drug.

In January 2015, the state put Charles Warner to death using the wrong drug.

The errors came after the botched execution of Clayton Lockett in 2014.