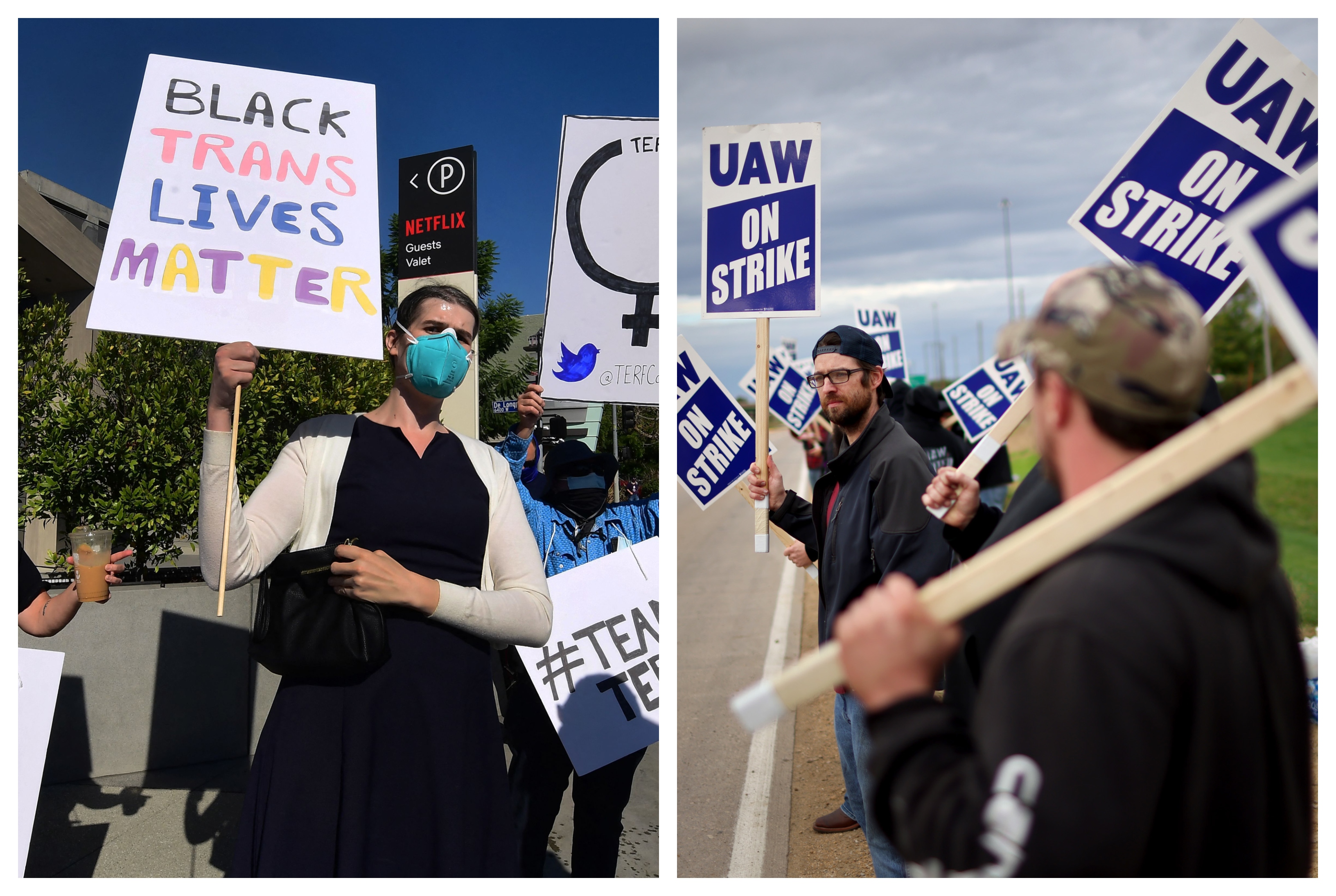 We’re experiencing a working-class revival across the nation. Workers at Kellogg’s factories across the country are on strike, as they are at John Deere, where workers defiantly rejected the contract negotiated by the United Auto Workers (UAW). Workers have also participated in spontaneous activism against vaccine mandates by Southwest airlines and other large employers seeking to comply with the Biden administration’s guidelines. And blue collar laborers at multiple Starbucks branches and Amazon warehouses have engaged in union drives to build power in the workplace for future activism.

Across the country, I’ve spoken to workers determined to take advantage of the tight labor market and supply chain crisis that have made “essential workers” more important than ever. Workers have been demanding higher wages, improved benefits, better working conditions and more representation in the workplace. One John Deere worker called it the rebirth of the American labor movement. And I can tell you from talking to many striking workers over the past few months that the solidarity they are expressing with each other transcends the political divide.

But if you were expecting the liberal media or what passes for the Left of this country to be cheering on the revival of the labor movement, you would be wrong. Amidst this major labor activity, the mainstream media has been almost entirely silent.

This would be bad enough in itself; the erasure of working-class activism—the kind of thing the Left is supposed to exist to promote—is a sad sign of the state of our media. But what’s worse is what many outlets chose to cover instead.

One of the major stories last week that got coverage across the corporate liberal media had to do with an internal conflict at streaming media giant Netflix over a special by legendary comedian Dave Chappelle. The jokes Chappelle made were deemed “transphobic” by a number of employees, and news outlet after news outlet proceeded to announce that thousands of employees were walking out of Netflix as an organized action. It was, in fact, just a few dozen who walked out, after presenting a list of “demands” to Netflix, including “adopt measures in the areas of content investment, employee relations and safety, and harm reduction, all of which are necessary to avoid future instances of platforming transphobia and hate speech.”

Perhaps it won’t surprise you to learn that while the conventional demands of the striking workers of John Deere and Kellogg’s—to improve the economic condition of their daily lives—have gone widely ignored, not so the demands of the Netflix workers; labor leaders, commentators, activists, and celebrities professed their support of the Netflix employees—in the name of labor activism.

The vast difference in the level of sympathy generated for striking John Deere laborers trying to tangibly improve their lives and that granted to woke Netflix managers staging a performance over cultural grievances reveals an appalling truth: Solidarity for our liberal and Leftist elites is a thing granted only to other elites. When cultural differences are put aside by workers looking to tangibly improve their lives, many media pundits have no ability to express or even really comprehend what solidarity might look like.

The class solidarity amidst worker strikes that transcends partisan lines is a concept that our divisive media networks cannot wrap their heads around, especially because many workers in middle America cast their vote in 2020 for Donald Trump. So instead of covering this bipartisan workers’ movement, they have chosen to bury it.

Ironically, elites in the media and other power centers express this kind of class solidarity that transcends partisanship all the time. There is an endless list of examples in which elites of all partisan affiliations have come together to protect their wealth and status, starting with one of the most consequential of all: the 2008 Wall Street bailout by President Barack Obama. Other policy decisions made by elite consensus have been the wars in the Middle East, the ruthless outsourcing of jobs to China, the policies which enabled the rise of big tech, the decision to expand government surveillance powers, and in general the gutting of rural America, to name just a few. None of these belongs to any particular party so much as it does to the elites of both sides.

The American people have become familiar with elite caste solidarity, which routinely hides behind the smokescreen of partisan warfare and culture war disputes. It’s why the mainstream media were able to revive George W. Bush‘s standing with liberals after the GOP base rejected the Bush dynasty in favor of Donald Trump.

And it’s this that explains the mainstream media’s inability to cover labor activism without equating the spectacle performed by Left-wing Netflix professionals with courageous action by blue collar workers that transcends ideologies or parties.

Of course, you don’t only find cultural blind spots in labor coverage in Left-wing media or mainstream newsrooms. On the Right, working class activism seems to only exist when it furthers a culture war agenda. Thus, when Southwest employees fought back against vaccine mandates, Right-wing media took an uncharacteristically strong stand in support of worker action, one that flew in the face of conservative news’ penchant for supporting big business and ignoring workers. And this despite the significant portion of workers nationwide who voted for Trump in the 2020 election, despite the fact that working class, culturally conservative Americans tune into Right-wing media—yet are ignored by it; the ideologically pro-business conservatives on the airwaves of Fox News and other stations continue to ignore the labor revival unless there are political points to gain.

An ideological shift on the Right of center towards a more pro-worker stance is unlikely to manifest in the coming years, even as the right attempts to rebrand itself into a working-class party. And as historic amounts of labor activism continue, these major holes in how various sectors of the media cover labor will not go away anytime soon. Mainstream media will not change their narrative that Americans are at each others’ throats over partisan warfare and they will continue to leave the fact of elite solidarity unspoken.

Leftists will not begin to understand how falsely equating managerial culture warriors and striking laborers undermines the labor movement and their entire political project. And on the Right, the working-class base becoming an even larger part of the GOP will continue to be ignored by party leaders and most large media organizations.

Thankfully, the workers fighting to improve their lives will continue to unite in arms with their brothers and sisters, regardless of whether media outlets cover it or not. We have a lot to learn from these American heroes.

James Lynch is a producer at Breaking Points.

The views in this article are the writer’s own.