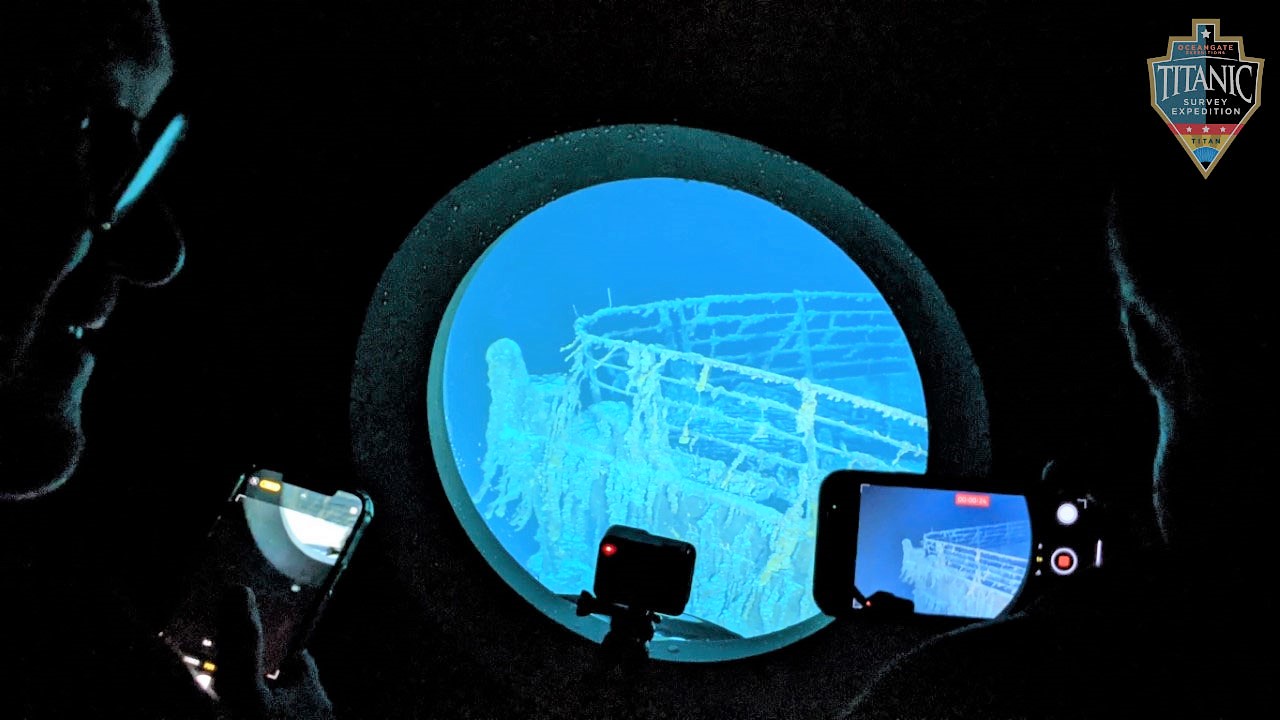 For evidence that the wreck of the Titanic is rapidly deteriorating, you need look no further than Captain Edward Smith’s bathtub. That is, if you can find it.

The case of the disappearing bathtub, as documented by Everett, Wash.-based OceanGate Expeditions, is one of the most vivid indicators showing how fast the world’s most famous shipwreck is settling into the final stages of its decay, more than a century after it hit an iceberg and sank into the North Atlantic Ocean in 1912.

More than 1,500 passengers and crew died in the sinking, but the tale of the Titanic lives on in the annals of maritime history. The rediscovery of the wreck in 1985 grabbed headlines around the world — and James Cameron’s “Titanic” movie burnished the ship’s reputation as a cultural icon.

One of the touchstones of Titanic expeditions has been the bathtub in the doomed captain’s cabin, more than two miles beneath the ocean’s surface. As recently as a decade ago, photos clearly showed the porcelain tub sitting amid rusty ruins. But two years ago, an expedition team reported that the wreck was rapidly deteriorating and cited the state of the captain’s cabin as evidence.

“The most shocking area of deterioration was the starboard side of the officer’s quarters, where the captain’s quarters were,” Titanic historian Parks Stephenson was quoted as saying at the time. “Captain’s bathtub is a favorite image among the Titanic enthusiasts, and that’s now gone.”

So it was a given that OceanGate would try to look at the captain’s quarters this summer when its Titan submersible went on a series of 10 dives.

The good news is that the bathtub hasn’t completely gone away.

“There was some scuttlebutt that the bathtub had fallen through, and it’s pretty clear it’s still there,” OceanGate CEO Stockton Rush, who piloted the submersible for the Titanic dives, told GeekWire. “It’s just full of debris.”

The bad news is that the entire wreck site is turning into a pile of rust. The evidence becomes clear when photos from this summer’s expedition are compared with photos of the same scenes from earlier expeditions.

“Looking at some of the older pictures, there are areas where you had a whole wall, and then we’d show up and there’s no wall,” Rush said. “There’s chunks of it here, and you can see through it. So in areas where they’d actually had to enter with ROVs [remotely operated vehicles], all of a sudden the wall’s all gone.”

He said the effect was particularly striking on the Titanic’s promenade deck, where the characters portrayed by Leonardo Di Caprio and Kate Winslet strolled in the movie “Titanic.”

“The promenade deck had fallen in quite a bit,” Rush said. “It’s very overgrown.”

When the Titanic broke up, back in 1912, the ship’s stern took much more of a beating than the bow — and the same goes for the current state of the shipwreck.

“The stern is really a mess,” Rush said. “You can get to the cylinders for the engines, and you see those giant things, which are beautiful. … But a lot of the area around it is just a wasteland. You don’t see the porthole structure that you see on the bow.”

Rush said this summer’s expedition served as something of a shakedown cruise for OceanGate’s Titanic operation. Dozens of customers paid as much as $125,000 to be part of the crew and get a chance to dive in the sub alongside Rush and a team of trained professionals. During the six-week season, OceanGate had to deal with issues ranging from balky equipment to bad weather and COVID visa restrictions.

“We all had an amazing experience — some who even didn’t get to dive, and some who dove but didn’t get to the Titanic,” Rush said. “What I found most encouraging, and maybe somewhat surprising, was that it was the time on the ship that people valued the most. They came for the Titanic, and what they really got was this amazing group of experts. … It’s sort of like being in the control room during Apollo 11. That’s pretty big. You don’t have to be in the spacecraft.”

And this won’t be the last expedition. OceanGate plans to conduct dives on a yearly basis, to document the Titanic’s condition over time and study the surrounding sea life. Having a successful first expedition under his belt gives Rush hope that the business plan is far more solid than the shipwreck’s hull.

The privately held venture — which currently has 19 employees and an array of partnerships with the likes of NASA and one of the world’s leading carbon fiber providers — has been laying the groundwork for its Titanic dives for more than five years. Now mission specialists are already signing up for the 2022 expedition.

“It’s nice to get past cash-flow breakeven,” he said. “That’s a big deal. We had planned for two subs, and we’re looking at building the next one, so we may raise some capital for that. We are also looking at building out our operations to maybe set up a facility in Croatia. There are a lot of places we might deploy capital, and we’ll be looking at probably raising some more. But it’s nice to have the luxury to live on your own success for a change.”

OceanGate Expeditions is releasing underwater footage from this year’s expedition via its YouTube channel. Here’s a sampling of photos and videos from OceanGate’s Twitter accounts:

Special thanks to @SubCImaging for supplying OceanGate’s Titan with the Rayfin Subsea 4k camera. The equipment has been crucial in capturing deep sea footage, most notably the Titanic bow section during the 2021 Titanic Survey Expedition, which is currently underway. pic.twitter.com/JaqrpyGFli

Every part of the wreck has a story to tell. Become a Mission Specialist on the Titanic Survey Expedition 2022 and help us continue to document this maritime heritage site. https://t.co/VgRalFrakR pic.twitter.com/vT8AmZkSBc

During Mission 5 of the 2021 Titanic Survey Expedition, David Waud captured footage on his camcorder through the viewport of Titan. #Titanic #MissionSpecialist #Discover #ExperienceAdventure pic.twitter.com/rgNDLEedOa

Our team will begin releasing footage from the 2021 Titanic Survey Expedition. This video captured by @SubCImaging of the access hatch to the controversial Marconi Radio room will be released at 10 AM on October 21 . Follow us for all new Titanic footage https://t.co/FNZpARMLuY pic.twitter.com/phj2lfB7pX

Check out OceanGate and OceanGate Expeditions for more information about the 2022 Titanic Survey Expedition.